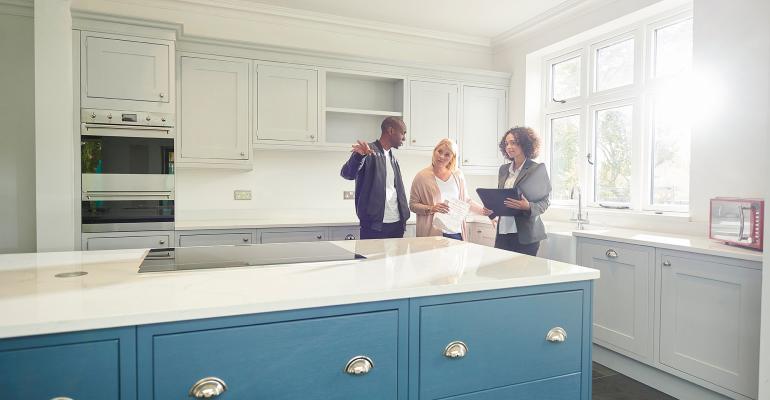 Sales of U.S. Previously Owned Homes Fall to Lowest Since 2020

Contract closings decreased 2.7% in March from the prior month to an annualized 5.77 million, figures from the National Association of Realtors showed Wednesday. The figure was in line with estimates in a Bloomberg survey of economists.

“The housing market is starting to feel the impact of sharply rising mortgage rates and higher inflation taking a hit on purchasing power,” Lawrence Yun, NAR’s chief economist, said in a statement.

Long constrained by a lack of inventory and high prices, home buyers must now also contend with decades high inflation and rapidly rising mortgage rates -- now over 5% for the first time since 2018. With the Federal Reserve intent on bringing inflation under control, borrowing costs are set to climb further in the months ahead.

Given contracts usually take about a month or two to close, the data precedes the latest jump in borrowing costs.

The NAR data showed that the number of homes for sale increased from a month earlier, which is typical for this time of year, but were still 9.5% lower than a year earlier. At the current pace it would take two months to sell all the homes on the market. Realtors see anything below five months of supply as a sign of a tight market.

The median selling price rose 15% from a year earlier, to a record $375,300 in March. Sales are still muted in the lower price range where there’s limited inventory, while there’s more activity at the higher end, according to Yun.

Growing affordability concerns have pushed the chance to purchase a home out of reach for many buyers. First-time buyers accounted for 30% of sales last month, up from February but still historically low.

Cash sales represented 28% of all transactions in March, the most since 2014. Investors, who typically buy in cash and are therefore less sensitive to mortgage rates, made up 18% of the market.

Sales fell in the Northeast, Midwest and South; they held steady in the West in March

Properties remained on the market for an average of 17 days last month, compared to 18 days a year earlier

Existing-home sales account for about 90% of U.S. housing and are calculated when a contract closes. New-home sales, which make up the remainder, are based on contract signings and March data will be released next week

--With assistance from Chris Middleton and Olivia Rockeman.