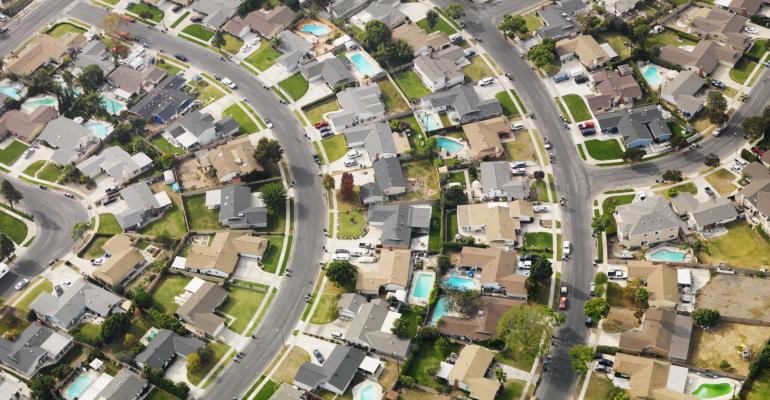 Institutional Investors in SFRs Search for Yield by Tweaking Their Criteria

SFR investors are buying older homes, and looking at markets like Birmingham, Ala.

The single-family rental (SFR) industry appears to still be in growth mode.

“Institutional investors are still very actively buying homes in many markets around the country,” says Gary Beasley, CEO and co-founder of Roofstock, an online marketplace for selling and buying SFRs.

In addition to established SFR operators such as Invitation Homes and American Homes for Rent, the market has seen an entry of new firms, including Front Yard Residential and Cerberus, which are buying thousands of homes in spite of the fact that prices have risen sharply over the past four years.

“We are in the midst of a second wave of institutional buyers,” according to Jennifer von Pohlmann, a director with research firm ATTOM Data Solutions.

The average price of a single-family home has been going up since 2012. Since 2014, that rate of growth exceeded 5 percent a year. In the third quarter of 2018, home prices were up 6.6 percent compared to the year before.

Rising prices are making it more difficult for institutional investors to find attractive acquisition opportunities. SFR rents are not growing as quickly as home prices, though rents in the sector are still rising. Investors are dealing with this by venturing into new markets or neighborhoods, and by widening the range of houses they are willing to buy.

“The major players have refined their home criteria more specifically, by location, home type and price point, and remain active in buying homes that fit with their strategy,” says Beasley.

For example, Front Yard Residential, formerly known as Altisource Residential, was the most active buyer of the single-family homes in the third quarter of 2018. The company bought 2,900 SFR properties—adding to its existing inventory of more than 20,000 rental units, according to ATTOM. Front Yard paid an average of $151,000 per home.

These homes are similar to homes that investors like Invitation Homes bought earlier in the real estate cycle. Front Yard’s average house bought in the third quarter was built in 1981, with 1,400 sq. ft. of total space, 2.8 bedrooms and 1.9 baths.

To find these properties at a relatively low price, Front Yard went to Atlanta, where more than half of Front Yards purchases were located, in addition to Miami and Birmingham, Ala. Metro areas. Conditions in these markets are very different from places like Phoenix and Las Vegas, where institutional investors bought foreclosed homes early in the real estate recovery.

Cerberus also bought 780 single-family homes in the third quarter. These houses are smaller than the typical SRRs bought earlier in the recovery. The homes Cerberus bought have an average of 2.5 bedrooms and 1.1 bathrooms. They are also a little older on average, built in 1968.

However, these homes are still likely to earn top rents and provide a solid yield. Cerberus found them in more expensive neighborhoods of cities including Chicago and St. Louis and paid an average of $195,000 per home.

Entities controlled by Invitation Homes also bought nearly a thousand houses in the third quarter of 2018, with plans to renovate and operate the houses as rentals, according to ATTOM.

Industry experts say that yet another set of institutional investors, including pension funds and sovereign wealth funds, are considering investing in the SFR sector, though no deals have been announced yet.