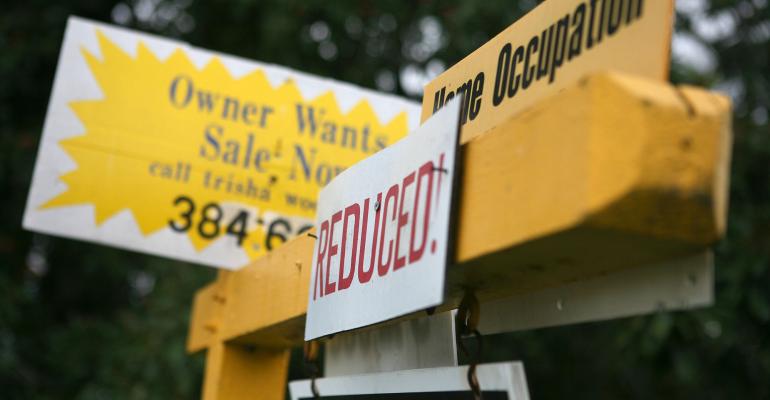 Bearing fast cash, wholesalers can help distressed homeowners sell quickly, but have been accused of strong-arm tactics and misinformation.

(Bloomberg)—States and cities in the U.S. are cracking down on a niche in house-flipping known as wholesaling conducted by a flood of largely unlicensed middlemen lured in by YouTube tutorials and a torrid market.

Bearing fast cash, wholesalers can help distressed homeowners sell quickly, but have been accused of strong-arm tactics and misinformation. Unlike fix-and-flip investors, who take title to homes, renovate them and put them back on the market, wholesalers typically negotiate with homeowners just to put homes under contract and sell those contracts to flippers.

“I don’t buy houses. I solve problems,” said Scott Sekulow, who leads an Atlanta-area congregation of messianic Jews and bills himself as the Flipping Rabbi. He said clients come his way when they’re going through a divorce, can’t afford massive home repairs or run into other trouble. Sekulow said he can get them cash while also beautifying a neighborhood.

Hedge funds are paying top dollar for the contracts, he told a conference of prospective moguls: “When you can get in with them, they’re there paying stupid money.”

While the practice is legal when transparent, advocates for the poor say aggressive wholesalers dupe sellers with lowball offers. Illinois, Oklahoma, Arkansas, Kansas and the city of Philadelphia proposed or passed regulations recently after complaints. The latter city acted in the fall after neighborhoods were overrun with “We Buy Houses” signs, and reports that hard-charging wholesalers wouldn’t leave houses without a signed contract.

“In my neighborhood in West Philly, I probably get three postcards a month from one of these guys,” said Michael Froehlich, an attorney with Community Legal Services of Philadelphia. “If you can get leads, you can dupe somebody into signing a contract for far less than fair-market value, and you can make $30,000, $40,000, $50,000 on a house.”

The wholesalers, typically entry-level investors who find off-market homes through cold calls or driving through neighborhoods, have been enabled by pandemic-era low interest rates and tight housing supply that have created record price appreciation.

The U.S. had only a 2.4-month supply of unsold houses in April, near a historic low. Prices make many unprofitable for investors, driving some wholesalers to scour working-class and poor neighborhoods to scare up deals. Fees for gathering contracts often run 10% or 15% of the sale price and can generate the wholesaler a $15,000 payday in weeks -- although costs for Internet advertising and customer lists eat into those gross gains.

On a recent Monday night in Roswell, Georgia, around 50 wholesalers, flippers and investing neophytes turned out at a DoubleTree hotel for a meeting of the Atlanta Real Estate Investors Alliance. Sekulow, whose brother Jay was one of Donald Trump’s impeachment lawyers, was one panelist.

A second, Mike Cherwenka, calls himself the “Godfather of Wholesaling” and shares testimony on his website of performing in a male revue dance team. He left the life after embracing Jesus and beginning a real-estate career.

“Cash is king, and when you can just offer people cash and close within a week, you’ve got leverage, right?” said Cherwenka, still a muscular figure in a violet-hued sport coat. “People perk up and listen when you make an offer and you’ve got proof of funds right there.”

As discussion turned to the benefits of having a spouse involved in one’s real-estate business, Cherwenka’s wife, Tolla, used a game-show flourish to show off the couple’s book, “The Art of Becoming a Multimillionaire Real Estate Investor.”

Wholesaling has been around for years, but hit the radar of real-estate data provider PropStream in a bigger way four years ago, said Rob Zahr, chief executive of parent company EquiMine in Orange County, California. PropStream’s database can help find homes that are abandoned, at risk of foreclosure or loaded with liens.

The “low-hanging fruit” of houses that just need a little upgrading are all gone, said Brian Dally, whose Atlanta-based finance company, Groundfloor, expects to fund up to $350 million in real-estate investments this year. What remain aren’t on listing services and need major overhauls.

“You need more scouts out there,” he said. About 40% of the company’s deals involve wholesalers.

Complaints, though, started mounting at legal aid societies for the poor as people flooded into the industry. Because wholesalers often don’t hold real-estate licenses, regulators have had little power. Wholesalers argue they don’t need a license, because they’re buying directly from homeowners, and laws generally permit “for-sale-by-owner” transactions.

In Philadelphia, Froehlich said he heard complaints of wholesalers using a bad news-good news approach on homeowners. The bad news is that a house needs tens of thousands in repairs. The good news is the wholesaler will take it off their hands for $30,000, though it’s really worth $100,000.

Philadelphia last fall created a license for wholesalers and requires them to tell owners how they can obtain fair-market value.

“It’s kind of like telling your girlfriend, ‘Hey, I want to marry you,’ and then she learns that you just got paid to hand her off to some other guy,” Cody said.

Oklahoma this spring required wholesalers to get a license and allowed the commission to set rules, Cody said. Arkansas and Illinois passed laws in 2017 and 2019, respectively, increasing their power to regulate wholesaling. A bill in Kansas died, but may be reintroduced.

Wholesalers acknowledge they have some bad actors, but say most are genuinely interested in revitalizing housing.

In Atlanta, Duane Alexander, a 37-year-old who jumped into wholesaling during last year’s Covid-19 quarantines, wakes each morning to cold call homeowners. By 10 a.m., he switches to his day job as a software engineer.

He said he sees his role as ensuring homeowners get a fair deal and that something nicer rises in a dilapidated home’s place.

“If I know that gentrification is going to happen regardless, as a person who comes from these kinds of neighborhoods, I would rather it be someone like me making money than some hedge fund,” said Alexander.