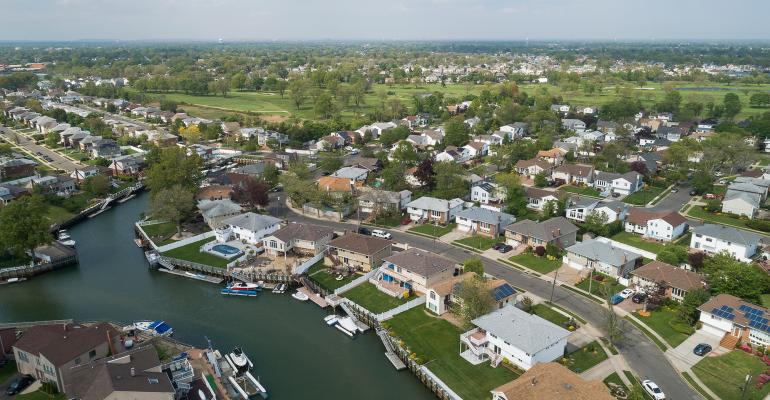 Across the U.S., cash purchases accounted for 30 percent of home sales from January through April, on track with 2015 levels.

(Bloomberg)—Heavy demand for larger living spaces and a paucity of homes to buy has made cash king in Long Island, where the inventory crunch is pushing buyers to pull out all the stops.

More than half of home sales recorded this year through April in New York’s Nassau and Suffolk counties didn’t have a mortgage, according to transaction data compiled by Redfin Corp., the highest rate since 2009. That figure doesn’t include purchases by buyers who waived contingencies, another way that house hunters stand out in competitive markets.

“It used to be that folks who offered cash thought they would get a home, but even cash offers are going in at asking or above,” said Peggy Papazaharias, an agent for the brokerage. “There’s a lot of cash out there, especially in Nassau.”

Across the U.S., cash purchases accounted for 30% of home sales over the same period, which would be the highest since 2015 if it continues through the end of the year. Long Island, which includes suburban neighborhoods and the tony Hamptons, had the second highest share of cash purchases after West Palm Beach, Florida, another market popular with refugees from New York City.

The increase in cash offers comes as low housing supply pushes U.S. home prices higher at the fastest pace on record. The median home price in Nassau County, which has a population of more than 1.3 million, increased 10% in May from a year earlier to $638,000.

“This is a U.S. problem, not something that’s unique to Long Island,” said Jonathan Miller, president of appraiser Miller Samuel. “There’s nominal supply and very heavy sales volume. The differentiator is to offer cash.”