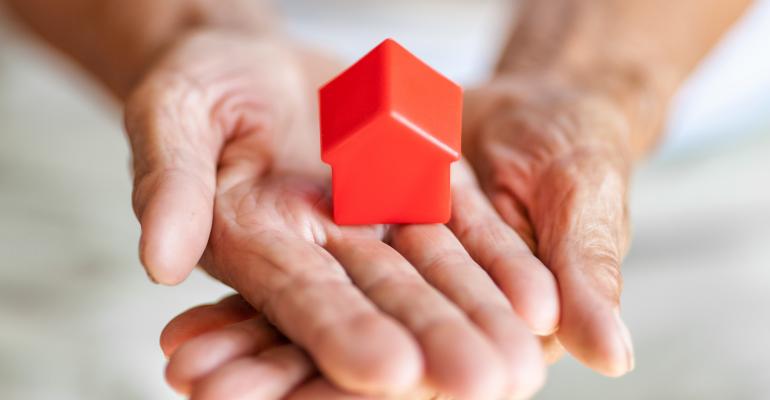 Although some pressures remain, with vacancy rates starting to fall and other fundamentals stabilizing, seniors housing developers are looking to push new projects forward.

After feeling massive impacts during the coronavirus pandemic—and with some overbuilding before the 2020—development activity in the seniors housing sector has begun to rise again.

Before they dig their foundations, seniors housing developers are doing deep due diligence. They need to prove to themselves—and their construction lenders—that demand for seniors housing is likely to be sustainable enough to fill the units they build… and support eventual rent increases that help offset the rising costs of construction and labor.

“We’ve seen developers engage multiple market studies, typically two or three per a project, instead of relying on a single report for a ‘go’ or ‘no-go’ decision,” says James Graber, managing director of valuation and advisory services and leader of the Seniors Housing and Healthcare practice for CBRE.

Many seniors housing properties have struggled to rent units in recent years. The seniors housing development pipeline was chugging along, fueled by demographic trends generating more than sufficient demand. Then the coronavirus pandemic—with the terrible toll it took on elderly Americans—wreaked havoc with the sector. Between fatality rates and a slowdown in move-ins, just 81 percent of units were occupied in the fourth quarter of 2021, according to the National Investment Center for Seniors Housing & Care (NIC MAP). That’s down from a high of 88.6 percent in the fourth quarter of 2017.

Developers are also testing markets for the availability of a workforce. Many seniors housing properties now struggle to hire enough staff, and often have to hire expensive temporary staff from agencies. “Costs and increased operating expenses will have an impact on your ultimate stabilized yield and IRR so it’s important to be as accurate as possible,” says Austin Sacco, co-head of national senior housing for CBRE.

Despite these worries, leasing activity is picking up and developers having started building again.

“Construction began to pick up again in primary markets after a significant pandemic-related slowdown in 2020,” says Brian Chandler, managing director and co-lead for the Seniors Housing Practice at JLL.

Despite these worries, most developers can find financing to start building. “There is still a significant amount of liquidity in the sector and a home for most transactions,” says CBRE’s Sacco.

“The interest rate environment has been volatile as a result of ongoing geopolitical issues,” says Sacco. “From a spread perspective, today you’re likely looking at a range of high 2’s to mid 3’s.”

Most developers will have to accept more risk by taking out recourse loans that come with a repayment guarantee. The most common structure for new construction is a loan that covers 65 percent of the cost of construction with a modest guaranty of 15 to 30 percent that typically burns off fully as the property begins to earn income and reaches certain performance hurdles, says Sacco.

“Non-recourse construction financing is hard to come by unless you have an established track record reflecting successful on-time and on-budget projects,” says Sacco. Typically, non-recourse loans cover between 55 percent and 57 percent of the cost of construction, says Sacco.

Private equity debt funds are also eager to finance construction. Their loans cover 65 to 70 percent of the cost of construction. “The catch with debt funds is that a loan typically needs to be $50 million or more to transact,” says Sacco.