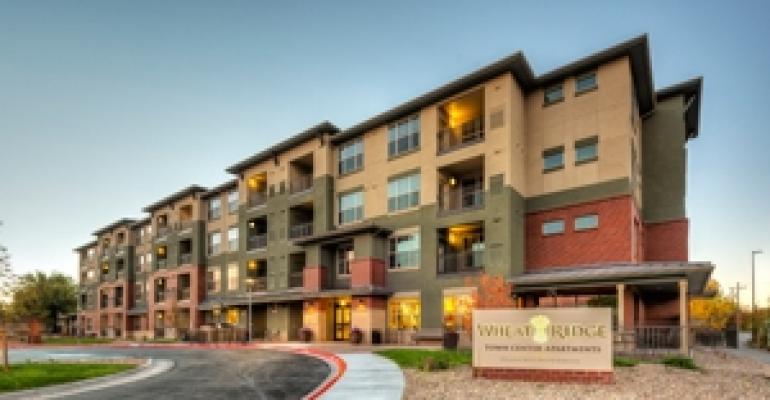 Seniors housing entered 2013 as one of the top property sectors in terms of demand and investment, and now communities, suffering from empty office buildings and storefronts, are starting to take notice.

The seniors housing occupancy rate has risen consistently for the past 11 quarters, hitting 89.1 percent in the fourth quarter, according to a report by the Annapolis, Md.-based National Investment Center for the Seniors Housing & Care Industry. This success, along with the projected wave of demand expected in the next two decades, is encouraging elected officials and developers nationwide to replace underperforming retail properties with units for the elderly.

Instead of focusing on main road frontage sites, which are typically more costly because such locations often prove successful for retailers, developers are looking at set-back plots where retailers often fail to take root. These sites are generally still close to residential areas, however, and conversion into seniors properties provides an outlet for communities to reuse (and generate tax revenues) from what had been an empty site.

“There is definitely a need in our community, as our Jefferson County has probably the most senior citizens of any county in Colorado, and we have the most seniors out of any city in the county,” Goff says. The median age in Wheat Ridge is 46 years old.

The property is so successful that it is now also attracting interest from retailers in a way that it wasn’t as a standalone shopping center, says John Reinsma, senior development manager with Weston. The Weston/Wazee team plans to build another 92-unit age-restricted building next door, with 15,000 sq. ft. of attached senior service retail and an additional retail pad. “The city wisely created a planned-unit development rating for the site, we didn’t have to deal with changing zoning issues,” Reinsma says.

Goff notes that the city championed the redevelopment of the site, which is tucked behind a bank with not much traffic frontage. “It was hard to attract quality retail, so we thought about doing mixed-use, but then this opportunity came along,” he says. “This is a perfect spot for seniors, as it’s less than a mile from the hospital and is near a large Safeway grocery store. Wazee even has implemented electric vehicles to take the seniors back and forth to the store.”

Georgia Institute of Technology Professor Ellen Dunham-Jones, a redevelopment expert and author, says there are many locations across the country where seniors housing is taking over former retail properties. The suburbs were created for baby boomers, she says, and malls and retail centers that followed those budding families years ago are now underperforming with age. “Every community has a dead big box or vacant strip mall that’s often a prime site for seniors housing,” she says. “This matches the demand, as the seniors are still there in the community, and they don’t want to leave.”

Cities such as Denver, Atlanta and Minneapolis have numerous examples of retail re-use, Dunham-Jones said, such as the mixed-use Wayzata Bay Center in Wayzata, Minn., which includes 325 units of memory care, assisted living and independent living replacing a 14.5-acre strip mall.

Centralia Senior Center in Wisconsin Rapids, Wis., which was built on the site of a former Walmart;

Partnership for Affordable Housing Inc., which is building 72 affordable seniors units for $8.5 million over a former Ayr-Way-anchored shopping Center in Indianapolis; and

Places like the Oakdale Mall, in Oakdale, Calif., Northgate Mall in Seattle and Northwest Plaza Mall in St. Ann., Miss., where seniors housing is being considered as a key anchor for many mixed-use plans to replace aging retail properties.

Along the way, cities like Wheat Ridge are also getting smarter about mixed-use zoning needs, Dunham-Jones says. As the “walkable communities” trend receded with the recession, city planners held onto the new zoning tools to prepare for development when it returns, she notes. “When the economy recovers in the next few years, I think you’ll see a lot of creative ways to redevelop these dead retail areas into mixed-use, and that project will more than likely include a seniors housing component,” she says.