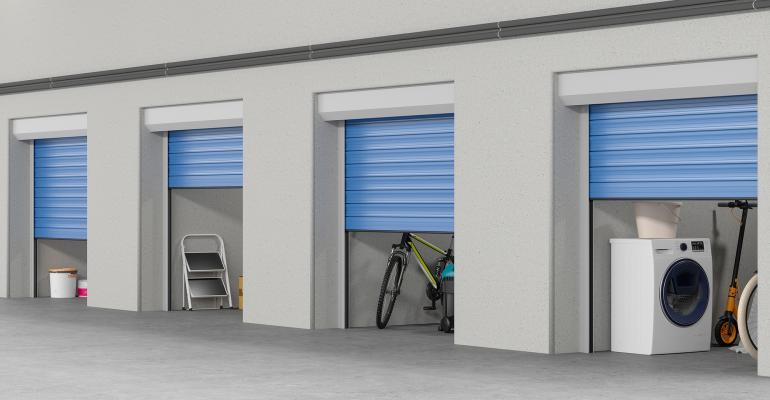 The improving fundamentals in the sector are attracting multiple bids on available properties.

Investors are so eager to buy self-storage properties, they are willing to pay high prices based on potential future income, even before the properties reach stabilization.

“Even though the properties in this portfolio had not yet achieved economic stabilization, our team secured multiple offers based on a pro-forma income stream,” says Brandon Karr, senior vice president, investments, in the Fort Worth office of real estate services firm Marcus & Millichap. “That yielded a price point beyond the seller’s requirements.”

These kinds of bidding wars for self-storage assets are becoming more common, as new buyers compete with REITs that once dominated this market. Strong demand for self-storage properties drove rents higher during the COVID-19 pandemic at the same time as the rising cost of new development cut the number of new projects coming on-line.

Related: Self-Storage Sector Holds Up Amid the Pandemic

Fundamentals improve in the pandemic

Before the pandemic, the self-storage sector was beginning to show the strain of too much new construction. Many owners had to cut rents to compete for customers with new properties springing up nearby. Leasing these new spaces became even more difficult as many business shut down to slow the spread of COVID-19. By the summer of 2020, rates for 10-foot by 10-foot, non-climate-controlled storage units were down by 4 percent nationwide compared to the year before.  Rents on climate- controlled units were down by nearly 7 percent, according to data from Skyview Advisors.

A recent outlook report from Marcus & Millichap, estimates that self-storage rents on 10-by-10 units will rise to $1.22 per sq. ft. by the end of the year, above the levels recorded in both 2020 and 2019, when self-storage rents averaged closer to $1.14 per sq. ft. An investor survey administered in June also found that 85 percent of participants expect self-storage vacancies to decline or remain at their current levels over the next 12 months, and 73 percent expect an increase in rents.

The growing demand by end-users has helped fill self-storage properties that had struggled to lease up. The cost of construction also increased during the pandemic, reducing the number of new development projects. “We anticipate that supply growth will remain at healthy levels, as the demand for space and rising rates run up against elevated building costs,” says Clark.

The improved property fundamentals have in turn attracted new groups of investors to the sector. Clark notes that new private equity buyers, as well as seasoned buyers that have raised new funds recently, are now out-bidding publicly-traded REITs for self-storage assets.

In June of this year, the average price per sq. ft. on self-storage sales reached $115, up from $99 per sq. ft. as recently as January, reports valuation and advisory firm Marshall Stevens. The average cap rate also declined to 6.3 percent that month, the lowest level recorded since 2019.

June also saw the highest number of self-storage sales since December 2019, at 58 transactions. From January through June, the average monthly volume of self-storage sales reached more than $235 million, an increase of 54.4 percent from 2020 and roughly in line with 2019 levels, Marshall Stevens analysts estimate.

However, according to Marcus & Millichap research, REITs have actually grown their share of the self-storage acquisition volume in 2021, and still account for a significantly higher share of the market than private buyers, equity funds and other types of investors.

Last year, publicly-traded REIT CubeSmart ranked as the top buyer of U.S. self-storage properties with $612 million in acquisitions, followed by Public Storage, with $460 million, according to STORAGECafe.

Rearden Capital Corp. has been struggling to fill out the rent roll at its recently sold property portfolio in Dallas-Fort Worth since the properties first opened in 2018, during a frenzy of self-storage development in Texas.

Extra Space Storage, a REIT based in Cottonwood Heights, Utah, already managed the properties, which total 162,960 rentable sq. ft., including 764 units at 6021 North Freeway in Fort Worth and 557 units at 3831 FM 2181 near Interstate 35 East in Corinth. Nevertheless, Rearden received multiple bids for the properties before the firm accepted Extra Space’s offer, which was based on pro-forma income.

Both properties are surrounded by new commercial, single-family and multifamily developments, including Enclave at Fossil Creek, Las Ventanas and Artisan Village, that are likely to eventually bring in new customers. “The growing population is expected to increase significantly by 2025,” says Karr, who represented the sellers in the transaction.