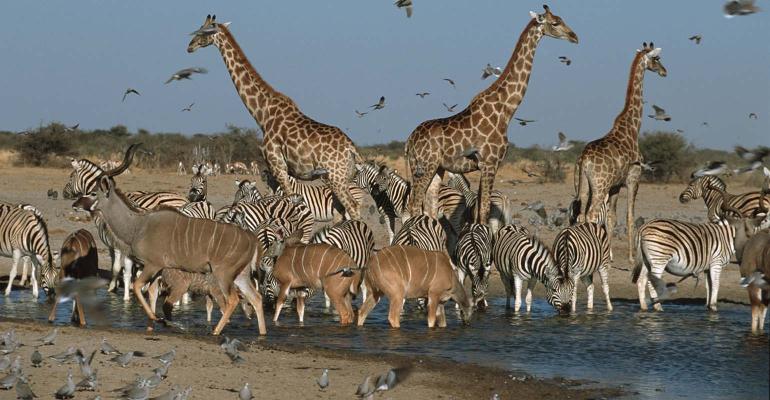 As most industry experts agree that the current roster of 43 national RPA focused record-keepers will be greatly reduced through consolidation epitomized by the recent sale of Securian’s retirement division to The Standard, advisors and plan sponsors alike wonder, “Who’s next.”

If you ask your provider, what do you expect them to say? Only The Hartford was foolish enough to declare its intention to sell its record-keeper months before the sale was declared to MassMutual in 2009. Mostly we find out only when a deal is announced.

You can look at financials but, even if available, record-keeper P&Ls may be mixed with other divisions and subject to creative internal accounting.

After over 25 years in the RPA 401(k) market, I have found that the best way to know “who’s next” is to follow the wholesalers who are the “giraffes” of the RPA DC industry.

Other animals stay close to giraffes at a watering hole because they have the best view and spook easily. When they run, others follow.

Wholesalers are the lifeblood of the DC record-keeper industry. Over 90% of an RPA’s interaction is with its wholesaler. They solve problems. They bring news not just about their provider but also about competitors. Like bees buzzing from one flower to another, they spread information and new ideas, keeping the ecosystem vibrant.

So if high-quality wholesalers move from a record-keeper, or even if they stop aggressively selling, it’s a sign that something is amiss. They know better than any RPA or plan sponsor ever will either from vibes they get at the home office, changes in senior management, revisions of policies and procedures not in the best interest of clients, cost cutting, or even commission restructuring that will drive away the best of the best.

Just a few wholesalers leaving or a few marginal salespeople moving is not a sign. But when several good ones leave or stop selling aggressively, most likely a sale or major shift is imminent, as was the case with PanAmerican, for example.

As the RPA 401(k) market consolidates, clear winners have emerged, starting with the Fab 5 as well as the two payroll providers and others uniquely positioned like American Funds, who are in a category by themselves, and Schwab, able to capture IRA rollovers while leveraging their record-keeping services licensed by regional TPAs.

Which is not to say that all other 30-plus providers will disappear overnight. It will be a game of attrition. Who moves first, The Standard or Securian? MassMutual used the proceeds of the sale of its record-keeper to Empower to bolster businesses where they are in the top tier, as did Prudential which were betwixt and between not serving small plans like the Fab 5 but also not attractive to institutional investor consultants, similar to the conundrum New York Life faced before it sold to Hancock.

Some firms like Vanguard and T. Rowe have outsourced their back end to Infosys and FIS, respectively, who may be able to offer scaled record-keeping to others. Ascensus is a service bureau leveraging its technology across 15 million savers though only 5 million in DC plans and no immediate plans to integrate Newport Group.

Will the prospect of retirement income keep annuity providers like Lincoln and OneAmerica invested? Hancock’s parent, Manulife, cannot claim to be a global retirement leader and not have a U.S. presence while Transamerica, like Voya, sells other worksite benefits to participants.

Can any provider other than the Fab 5 and Schwab reach the 97% of underserved DC participants or at least a greater percentage? Will some providers collaborate with larger advisory firms like Creative Planning rumored to be requiring partners to share data?

The more I know, the less sure I am of the answers. But one thing I do know: Watch and stay close to the good wholesalers because when they run, no doubt trouble is looming.