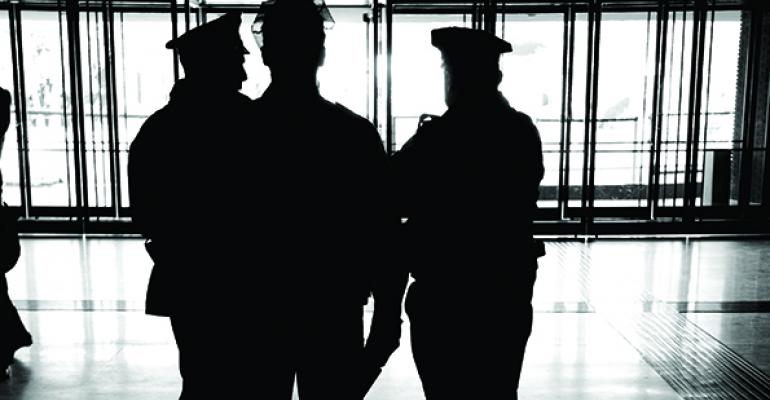 Three years ago, state examiners supplanted the SEC as overseers for thousands of mid-level RIAs, prompting dire warnings of death by inept bureaucracy. What actually happened? These advisors lived to tell the tale.&nbsp;

In 2012, more than 2,000 RIA firms who had only known the regulatory scrutiny of the Securities and Exchange Commission (SEC) were transitioned over to the Wild West of state securities regulators, an experience some felt would be akin to old movies where the lone hero faces long odds against a band of gunslingers.

The impetus for the change was the Dodd-Frank regulatory reform approved in 2010. The aim was to relieve the SEC of what was seen as less essential work—tracking the behavior of RIAs with $25 million to under $100 million in assets—so the agency could better oversee larger firms.

But that meant many smaller RIAs would face multiple regulators. Initial fears were that advisors would be mired in a widespread bog of conflicting regulations and bullying on-site examinations. Who would be left standing when the smoke cleared?

Three years later, the answer seems to be pretty much everyone. Even some attorneys who scorn the abilities of state examiners and who question the merits of the transition say the problems that advisors face aren’t, by themselves, game-changers.

“Every change within the advisor industry seems to be cataclysmic; it seems the sky is falling. And what came to be is much less than that—somewhat of a non-event,” says Brian Hamburger, founder of MarketCounsel, the New Jersey law firm that advises RIAs on compliance and other issues. The firm is handling about a dozen cases of RIAs who have run afoul of state regulators since their transition from the SEC. “We’re not hitting the panic button,” he says.

Indeed, many advisors took the shift in stride. “It wasn’t an unpleasant experience,” says Micah Porter of Minerva Planning Group in Atlanta. He underwent a state exam about two years ago before a merger with another firm boosted his AUM back above $100 million, returning him to the SEC fold.

“You’ve got to have your ducks in a row at this point, and it seems that every year there’s an additional duck that’s added. I’m not saying that’s a bad thing—for instance, cybersecurity. But you’ve got to know what you’re doing and you’ve got to be very well-organized,” Porter says. “If an examiner were to come in a year from now and say, ‘Why did the client have this portfolio?’ you can pull out an investment policy statement that very clearly outlines why the client got that. Documenting certain decisions that are made, and why they’re made, has a number of benefits.”

The SEC had been criticized for a leisurely advisor examination schedule; at the time, they only stopped by advisors’ offices to review operations once every 11 years, on average. In 2010, only 9 percent of the 11,000 RIAs registered with the SEC had been audited, the agency said.

With the movement of 2,100 RIAs to state oversight, the SEC’s record appears to have improved, but modestly. The agency reported 1,150 examinations of advisors in fiscal 2014, up from 964 a year earlier. (Hamburger is skeptical of the improvement, questioning what is considered an “exam.”) 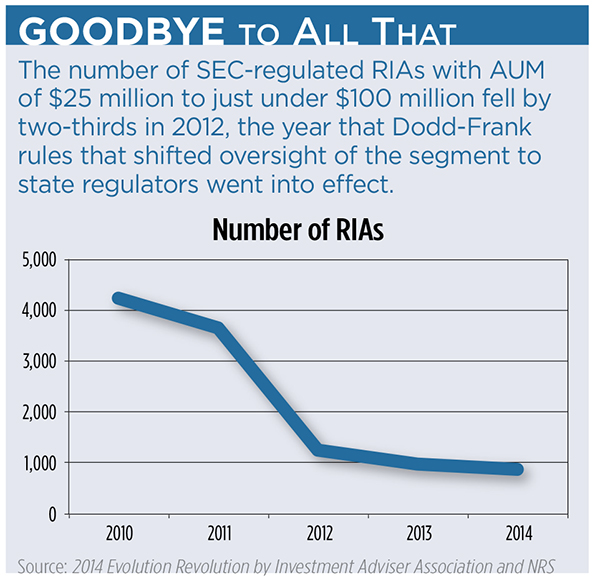 Some RIAs within the $25 million to under $100 million asset range may still fall under SEC purview in certain cases, such as those with clients in 15 or more states. Legislators also created a “buffer” rule that allows exceptions for fluctuations in AUM from year to year; some RIAs may not shift to the states unless assets fall below $90 million. With the run-up in stock markets in recent years, some advisors’ AUM has already inflated to the point that puts them back in the SEC corral.

Porter and two other advisors who discussed their recent experiences under state oversight told similar stories: no serious problems, just more paperwork than they would have preferred. SEC jurisdiction meant registering just once with the agency, but the state regimen required registering in every state with a material number of clients—typically five or more. The process can be time-consuming and expensive if they farm it out to compliance consultants.

Also, each state has its own way of seeing the same set of facts. ADV forms and investment client agreements sometimes had to be amended multiple times, says Paul Schatz, founder of Heritage Capital LLC in Woodbridge, Conn., with assets of about $50 million and clients in more than a half-dozen states.

A more positive experience turned out to be the actual examination by a Connecticut examiner over a day and a half.

“The woman could not have been more polite,” says Schatz, who had never been examined while under the SEC. “She did not come with the attitude of guilty until proven innocent; she came really to make sure we were doing what we needed to do to protect our clients.” He described the exam as “very client-centric”: reviews of investment advisory agreements with clients, checking on all correspondence in the previous year with five individual clients, how clients were invoiced for fees, whether regulatory filings were up to date, and the archiving of social media. No deficiency letter was issued, he says, but the examiner did make two suggestions verbally that were corrected on the spot: A file was created called “advertising” (“even if I didn’t have anything to put into it”), and some language on his website was altered.

The advance work he did with a compliance attorney contributed to the successful outcome, Schatz says, but the simple nature of the practice was also a factor. “Most smaller RIA shops aren’t complex. We don’t take money in our own name, all the checks get made payable to a qualified custodian. We don’t have complex business models. I don’t use private equity or hedge funds. A lot of flags that could possibly be raised aren’t applicable at the smaller shops.”

David Moenning’s Heritage Capital Management (no connection to Schatz’s practice) in Evergreen, Colo., a money manager with about $50 million in AUM, said he knew where he stood with the federal regulators: “You knew that they weren’t going to give you any advice; they were not going to tell you what to do; they were simply going to tell you whether you did it correctly or not.”

But Colorado regulators told him to rewrite part of his ADV form to include more “consumer-friendly verbiage,” Moenning says. “They even had a suggested format,” he recalls. “When you tell them, ‘That’s not the way the SEC does it,’ their response is, ‘Well, we don’t care. We’re the ones you’re reporting to now.’” (Last year Moenning joined Concert Wealth Management, an aggregator that restored his RIA to SEC oversight.)

Steve Galletto, an attorney with Stark & Stark in Princeton, N.J., says Maryland mandates that if an advisor has discretionary authority and the ability to debit their fee from client accounts, they must disclose that they have custody on their ADV Part 1. The SEC, however, has a special carve-out for that situation. In another case, a state regulator told him that as part of the registration process his advisor client needed to remove the arbitration language from an investment advisor clients’ agreement, “which is a standard clause in just about every business contract I’ve ever seen.

“They don’t think it’s fair,” Galletto says. “I don’t know where they’re getting that arbitrary authority to determine whether or not arbitration is unconscionable. It’s a fairly high standard as far as I’m concerned. But they won’t approve it unless you remove it.” 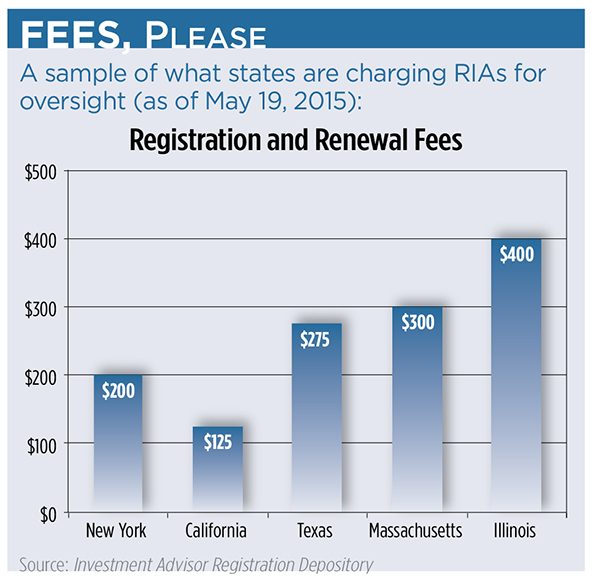 Hamburger argues that individual rules taken by themselves are not complicating the lives of mid-level advisors, but incrementally they add up. The burden of struggling with new and unfamiliar regulatory rules has been placed on advisors who can afford it less than their larger counterparts under SEC scrutiny, he adds. “The change is not taking place amongst those that have dedicated compliance departments and professionals at their beck and call. This is taking place among people who run small businesses,” he says.

One of the biggest proponents of the RIA transition was the North American Securities Administrators Association (NASAA), the organization that oversees state regulators. Executive Director Joseph Brady said efforts were made to eliminate redundancies where possible; for instance, states are required to comply with the books and records laws of the advisor’s home state. NASAA conducted a coordinated review of the ADV process with the states, and it provided model rules to assist with uniformity, he says.

Yet Brady concedes there are times when uniformity falls short. “There are instances where you will find states applying things or interpreting things differently. That’s not our expectation. When we find out about it, we do everything we can to try to address it,” such as providing training programs for the states, he says.

NASAA has no estimates on how many states added staff to accommodate the increased workload of oversight; just 57 percent of the states actually hired, or requested authority to hire, more staff, a NASAA poll found. But Brady believes investors are better served by the new regimen. The state review of an ADV form is “a pretty rigorous process—that is a type of examination,” he says. The 2,100 advisors who  switched to state regulators were less than the 3,200 originally expected, largely because of consolidation and market-based AUM growth, among other reasons.

Chris Winn, founder and managing principal of AdvisorAssist, an advisor support firm in Pembroke, Mass., says some states are doing a good job of examining the transitioned RIAs and getting them on a schedule for exams. “We’ve been seeing more exams across the board,” he says. “They’re not giving people passes and making the exams easy. They’re holding people to task.”