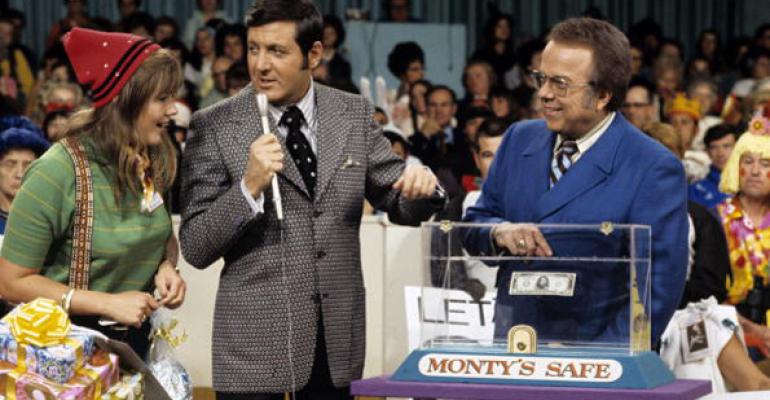 The RIA M&A market is poised for growth, but not gaudy growth.

Advisors and industry bigwigs alike stood in awe when First Republic Bank bought Luminous Capital in November 2012 for $125 million, spurring a rush of speculation that the headline-grabbing transaction would spur a spike in similar deals.  Instead, Luminous is proving to be more of an outlier than a trend.

While the RIA mergers and acquisitions market is poised for growth, the number and size of the deals are likely to make a slow (but steady) climb back to pre-recession rates; few expect a fury of dealmaking.

The dealmaking speculation hit a high note last year with the announcement of the Luminous deal in November. The Los Angeles-based firm started with a breakaway team from Merrill Lynch in 2008. And with that, the firm’s assets swelled and helped create a strong high-net-worth client base, even during the height of the recession.

Four short years later, with $5.5 billion in assets under management, the group became First Republic Investment Management in the cash deal that gave rise to hopes that other small shops could shoot for the same trajectory.

“Deals like that really demonstrate the power of the independent space,” says Mindy Diamond, president of the recruiting firm of Diamond Consultants. “It’s not just about the money, it’s about the possibility.” (Diamond is a columnist for REP. and WealthManagement.com.)

But Luminous was not the only big news in 2012. Advisors also saw the Affiliated Managers Group acquire $10 billion in assets in its Veritable acquisition, and the Monitor Group and Savant Capital Management combined to bring together $2.7 billion in AUM. All three deals were pointed to as a sign that the M&A space was picking back up.

“Advisors who look at deals like that, they still look at it and say, ‘Wow, it’s possible,’” Diamond says. These high-value deals get people excited and interested in coming to the discussion table, she adds.

Yet five months out, those hopes for more high-value transactions may have been hasty. Most of the advisory firms out there aren’t managing $5.5 billion in client assets, Garcia says. “[Luminous] grew a business exponentially over a short period of time,” he says, but that doesn’t mean that everyone can pull off a similar feat.

While there have been some deals already this year—notably Exencial Wealth’s January acquisition of Investors Asset Management with $190 million in AUM—advisors should not expect 2013 to be overflowing with big-ticket deals.

And looking back, despite the headlines, the industry actually saw fewer deals close last year—45 in 2012 compared to 57 in 2011, according to Schwab Advisor Services’ January study. Even though total assets under management acquired last year hit $58.8 billion, the total was still down from the 10-year high of $90.7 billion reached in 2007, according to Schwab.

“The trend line tells us that we’re going to stay pretty constrained,” says Jon Beatty, Schwab’s vice president of sales and client relationships. This lowball trend will likely continue until a major catalyst occurs to spark dealmaking, he adds.

A similar study by Pershing obtained by REP. in February showed an even lower number of deals—35 transactions in 2012. But Pershing’s 2012 number was up slightly from the 32 deals it reported in 2011. Pershing’s study only includes transactions involving retail-focused RIAs with at least $50 million in assets or $500,000 in revenue. Internal transactions of ownership are excluded from its results.

Pershing attributed the slowdown in transactions since the record highs of 2007 to the “inability of advisory firms and their potential suitors to get a sharp focus on the future.”

“There are anecdotal series of reasons for why more transactions haven’t gotten done [in 2012],” says M&A consultant David DeVoe of DeVoe & Co. He cited the growing economy as a factor, saying that some transactions may have been delayed because the firms were experiencing growth. But at the same time, firms may have been hesitant to contemplate a deal because of the political upheaval in Washington, DeVoe says.

“The market and events in Washington have been a bit of a headwind on M&A activity,” Beatty says. But despite the current political atmosphere, dealmaking has proven resilient, he says.

Although advisors shouldn’t expect a slew of Luminous-like deals in 2013, there will be a steady increase in transactions over the next five to 10 years, DeVoe says.

“With an RIA-RIA deal, there is a greater likelihood transacting parties will be on the same page,” Pershing says.

It’s also harder to be a stand-alone, Diamond says, another characteristic that will be a factor in driving deals. Increasing regulation and the ability to realize the benefits of scale allow combined firms to extract greater advantages.

With these transactions, RIAs are able to acquire new skills and capabilities and break into new markets or business niches. “Buyers are interested in buying a bigger footprint,” Beatty says. Further, joining with another RIA is an increasingly popular way to “plug gaps in expertise at an accelerated rate,” Pershing says.

Deals will also increasingly be taking place as a component of advisors’ succession planning, because one in five owners of an independent shop are planning to exit the business within seven years, according to Pershing.

“Advisors use M&A deals to finance succession plans,” Beatty says. The maturing of the industry has many older advisors looking to retirement and for some, that may mean selling their business.

So while 2013 is not expected to be a boom year in RIA dealmaking, experts are still hopeful that there are key components within the industry that will help drive dealmaking forward at a steady, rather than rapid, pace.