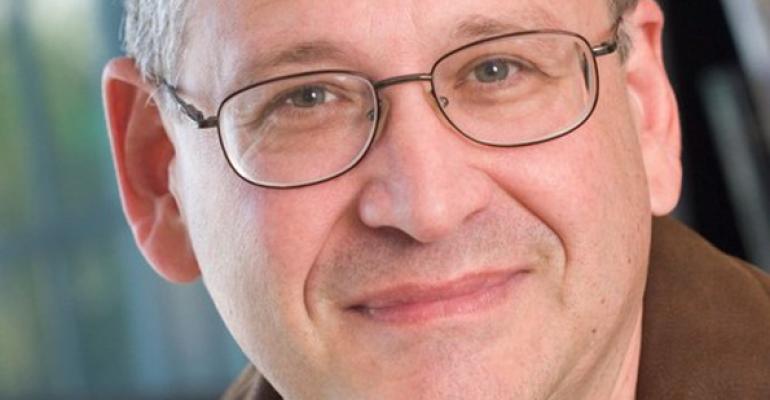 Financial Planning Software: So Many Choices

There were lots of innovative products and services that financial advisors are looking over at this week’s annual Technology Tools for Todayconference (T3 Conference) in Miami (which ended Wednesday). Indeed, the exhibitors’ hall was crowded with the latest in content management, CRM, and portfolio rebalancing. About 600 people—roughly equal measures of tech firms and advisors—were on hand.

The top story in technology this past week was what’s happening with the advisors themselves, says advisor and tech writer Joel Bruckenstein, who with David Drucker, has sponsored the conference for eight years.

“I think the biggest change is advisor mentality,” Bruckenstein says. “Five years ago, even three years ago, most advisors just viewed technology as an expense. More and more, they’re starting to get it, that it’s an investment in their businesses.”

Bruckenstein spoke with Jerry Gleeson of Finect.com (and a former senior editor of REP. and WealthManagement.com)—the online network for the financial advisor industry that’s now enrolling charter members for a spring launch—on the changes he’s seen, what’s driving advisor behavior with technology, and why the pace will only increase. (Edited for length)

Finect: What’s causing FAs to feel differently about this?

Bruckenstein: “Advisors are starting to do the math. Before they were thinking about it like bean-counters, CPAs—‘Hey, this is money I’m spending.’ But they really weren’t trying to figure out if they were getting a return on their investment. And now we have studies that show there’s a compelling ROI on a lot of these products, and it does add a multiple to your business. And it’s also the fact that it’s so hard to get a real return on your money. What are you going to get now, putting your money in the stock market or a CD? This, to me, is a no-brainer.

“The Great Recession really changed things. Advisors thought they were efficient, but they had workflows and methodologies that really weren’t set up to respond to a crisis situation where all your clients were calling every day. And when they started getting those calls and getting overwhelmed, they realized, ‘We need to rethink our infrastructure. We did a lousy job this time around. What can we do next time to make it better?’”

Finect: Are there demographic issues that advisors have with tech?

Bruckenstein: “Let’s say the average FPA member is 55 or 60. They’re a little slower to embrace this. But the next-gen advisors, the thirtysomethings who are starting to open their own practices, they’re all over this stuff. Because they get it. They’re technology natives, they grew up with it. We used to play with Fisher Price toys. They’re playing with iPads. That generation expects this. The next generation of our clients expect this. So it’s not a question of if, it’s when. And advisors who are smart understand that.”

Finect: What’s hot at the conference this week?

Bruckenstein: “We try to do innovative stuff. We have the first session in the industry on estate planning for digital assets. We have a Windows 8 session. As an industry we’re always slow to adopt the next version of Windows and new technologies; probably the exception to the rule was the iPad. But generally speaking, we’re not early adopters. I think there are a lot of reasons why advisors should be adopting Windows 8: better security is definitely one, and potentially a much richer experience.

“Look at the FinFolio booth, they have a Windows 8 reporting package for performance reports. Go look at what Advent Axys has, old technology, and look at the FinFolio reports. It’s like night and day—the whole tile environment and the rich graphics. Advisors aren’t aware of it because there’s no advisor-specific apps for it today. The only one so far is FinFolio. TradePMR is doing a session on its new custodian platform. It’s not Windows 8, but it’s Windows 8 Light, a lot of the same features as Windows 8.

“If you look at what they have and look at what you have today as an advisor, I can’t image advisors aren’t going to say, ‘I want that.’ Some of it is just eye candy, and some of it really makes a difference in how you run your practice. These are really pretty, but they’re also interactive. And instead of having to manipulate with keystrokes and stuff, you can drag and drop, or swipe and move to another page.”

Finect: Is it harder for new tech businesses to get noticed in the FA space now?

Bruckenstein: “There are established players in most fields. So when there’s an industry leader, its perhaps more difficult to unseat someone who’s established and good, than coming into a space that’s more virgin territory or where it’s very fragmented and nobody has a lot of market share.

“But on the other hand, the cost of development has also come way down. In the old days, if you wanted to develop software, you had to make a big upfront capital investment to get the servers, all the hardware and equipment to get started. Now with the cloud, you can literally rent all of that stuff. So your upfront cost is less. And I think that’s what’s fostering innovation.

Finect: How has software evolved?

Bruckenstein: “Software used to be for specific tasks, and a lot of it was clunky. The first thing that was on people’s minds when they were developing the software certainly was not usability. And I think with the consumer side there’s a much greater emphasis on usability, and that translated into our field. Now it’s not just about who’s got the most bells and whistles, it’s about making software intelligent, making it easier to use.

“One of the big impediments to getting financial planning out to the masses is: It’s too damn expensive. If it takes you eight or 10 hours to create a basic financial plan, and I’ve got to charge for my time, not too many people can afford it. But if I have intelligent software that can help me create a meaningful plan for a mass affluent person in less than an hour, that should be one-eighth of the cost, right?”

Finect: There’s the issue of investors who use financial planning software themselves to cut out the middleman—the advisors.

Bruckenstein: “I think the mistake a lot of people in Silicon Valley make is they think they can commoditize this. ‘Well, we commoditized banks, we commoditized trades, now we’re going to commoditize financial planning.’ There’s a big difference. The trade or bank deposit is a transaction. A financial plan is not a transaction. It’s advice. You can build smartness into the software. If all you want to do is calculate a number, yes, software can do that. But financial planning is much more than that. It has a lot to do with behavioral science and behavioral modification. It’s easy to tell a client what to do. But keeping them on track is a whole different story.”