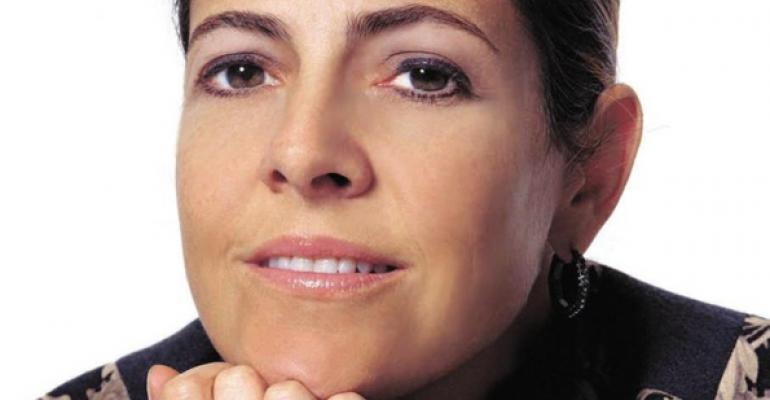 Alexandra Lebenthal, whose grandparents founded her eponymous firm in 1925 as a shop that sold municipal bonds largely to retail clients, is making a big bet on wealth management and independent RIAs. Her company, Lebenthal Holdings, has launched Lebenthal Wealth Advisors, and tapped Frank Campanale, an industry veteran who most recently helmed efforts to revive the E.F. Hutton brand, and Jeffrey Lane, former CEO of Bear Stearns Asset Management, to lead the new division.

Lebenthal Holdings, which already has a significant presence in the capital markets space as an underwriter of equity and debt offerings, will look to Lane and Campanale to build out the division as a destination for independent registered investment advisors; Campanale said the Lebenthal firm will go after two types of advisors: those who left a wirehouse and are currently operating their own RIA; and those who are at a wirehouse, want to go out on their own but don’t know how. Advisors can affiliate with Lebenthal as an employee or as an independent advisor under the firm’s RIA. Those coming from a wirehouse will get larger payouts at Lebenthal, but won’t be offered huge up-front checks to move over, he said. Advisors will also have the opportunity to have equity ownership in the holding company. That way, "everyone’s rowing the boat in the same direction,” he said.

It is, according to Lebenthal, a logical step for her family's business to "forge a new model for entreprenurial financial advisors," she said in a statement.

New York-based Lebenthal & Co. was founded in 1925 by Lebenthal’s grandparents as a municipal bond franchise; the family grew the firm under the sometimes glossy showmanship and shrewd marketing of her father James Lebenthal, who remains chairman emeritus, by helping build a retail market for municipal bonds, which until then had largely been in the institutional domain.

The lebenthal family sold the firm to regional brokerage Advest in 2001 for $25 million, only to see Advest sold to Merrill Lynch in 2005 for an estimated $400 million, and the Lebenthal name retired, as Merrill was building out its own national brokerage business. In 2007, Alexandra famously "bought the firm back" for a token $1,000 (she in fact bought back the rights to use the name; Merrill Lynch was reportedly unaware they even owned it) and, once again in charge of the name and the destiny of her own company, launched Lebenthal Holdings.

It's a strong brand on Wall Street, known for its client-centric positioning (Alexandra's phone number is prominently displayed on the web site) and the firm has earned much goodwill among both financial instutions and clients. She believes that the brand will attract advisors and be a differentiator among other advisory firms.  In particular, Lebenthal sees the build-out as an opportunity to attract female advisors. “The ranks have not grown significantly over the last 20 years,” she said. “I do think with me as the CEO of the firm and being one of the last women standing on Wall Street, that we’ll get a lot of calls from female advisors.”

In addition to its capital markets business, the firm already has a wealth management operation, with $500 million in AUM split between their two portfolios, one in equities and one in municipal bonds. But this new venture will be a dedicated division. Campanale, who will serve as chairman and CEO of the division, said he expects to reach a few hundred advisors and billions of assets within the next five years. “It’s a brand that’s unscathed through that whole 2008-2009 debacle,” said Campanale, in an interview with WealthManagement.com.  Lane will serve as chairman of the board of Lebenthal Holdings.

Tim Welsh, president and CEO of Nexus Strategy in Larkspur, Calif., said a lot of institutional players are getting into the retail space, laregely attracted by the higher margins.

On the institutional side, “if they work on efficient distribution of capital back and forth, ultimately the competition and the sophistication of the buyers and the sellers becomes so great that there’s really very little margin left,” he said. In wealth management, the largely fee-based margins are more predictable and not tied as much to the market movements.

“Ultimately all institutional, capital markets products, services, distribution models—they all end up in retail one way or another,” Welsh said.

But the firm’s success will depend on whether they can differentiate from other firms in the market and recruit advisors, said Chip Roame, managing partner of Tiburon Strategic Advisors.

“Their value proposition could be similar to that of other firms if they have strong financial advisor followings,” Roame said. “If their followings are not as strong, then the uniqueness of the offer becomes the key.”

Campanale and Lane have street cred, Roame said, and are known to have large followings of their own. Prior to his efforts re-launching E.F. Hutton, Campanale was chairman and CEO at First Allied, an independent broker/dealer. He also was president and CEO of Smith Barney Consulting Group, where he was responsible for the investment maangemetn consulting business. Prior to that, he served as national director of the consulting group at the original E.F. Hutton. Lane also had stints at Lehman Brothers, Travelers Group, Smith Barney, and most recently, Modern Bank.

When asked about his effort to revive E.F. Hutton, Campanale said, “I did what I set out to do with them, which was get the brand re-launched.”

He’s still a significant investor in the firm, which will launch first in Canada, he said.