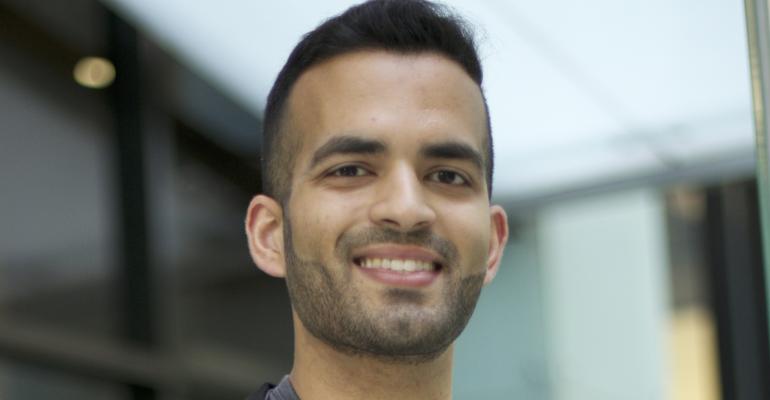 It represents one recent example of venture capital’s bet on the human side of wealth management.

Savvy Wealth, a New York–based registered investment advisor that is building its own proprietary technology, has raised $11 million in a Series A-1 funding round led by Berkeley, Calif.–based venture capital firm The House Fund. Venture capital firms Index Ventures and Thrive Capital, which participated in Savvy’s seed round, also invested in this round, as did Brewer Lane Ventures, a new investor. The latest round brings the RIA’s total funding to $18 million.

Savvy Wealth was founded in July 2021 by tech entrepreneur Ritik Malhotra, with the idea to create a digital-first platform for financial advisors centered around modernizing human financial advice. So far, the firm has brought on five advisors, joining from BNY Mellon, Merrill Lynch, Morgan Stanley, as well as independent RIAs.

“The way we think of ourselves is, we're a technology-enabled wealth management firm,” Malhotra said. “We combine experienced financial advisors, empower them with our proprietary technology, sales and marketing automation, the full 360, to really provide a much richer digital experience for the advisors themselves to be much more efficient, and also provide their end clients with better advice and better service overall.”

The funding will be used to invest in the tech development, as well as recruiting and acquiring small advisory firms.

“We specifically raised this money because we do believe that building this technology in a proprietary manner is necessary because it allows us to actually change the way that or help augment the way that these financial advisors are able to do their job,” Malhotra said. “It's not enough for us to just simply buy software off the shelf and just use it as a point solution because there's the journey that a financial advisor is taking on a day-to-day basis, working with our clients, onboarding new clients, doing the investment management pieces, et cetera. We really wanted to provide this holistic platform.”

Malhotra also wanted to solve for one of the biggest pain points independent advisors come up against—integration. A lot of the software solutions out there don’t work well with one another. He cited an example with one of his investors, who actually runs his own RIA.

“He was savvy enough to cobble together the tech stack, but actually, when we asked him what he spends his time on, he said about 40% to 50% of his time every week is spent actually just syncing data over between different systems and making sure things are all synchronized,” Malhotra said. “That's obviously very revealing.”

Malhotra’s vision is to create a one-stop shop for all the advisor’s technology, which will go across client onboarding, workflow management and a client portal. The company is also working on a direct-to-consumer lead-generation tool.

Historically, there hasn’t been much venture capital investment in wealth management firms themselves, although there has been a lot going toward fintech startups, such as digital asset managers and robo advisors. In contrast, private equity firms have invested big into the wealth management space.

But Angie Herbers, founder and chief executive of Herbers & Company, a management consultancy to financial advisors, says that has started to change in the past year, with more venture money coming into the space.

“Private equity in the past has come in for succession planning and/or to facilitate growth, but now what we're seeing is quite a lot of digital innovation, quite a lot of what I would consider early young firms developing proprietary software in a specific issue of financial planning or wealth management, or more of a comprehensive software,” Herbers said. “Venture is interested in those companies, especially ones who have an early-stage growth rate. It's exciting, because having venture come in, now we're seeing that independent financial advice is a valuable investment for future growth.”

We saw another example of this, with the launch earlier this year of Compound, a new wealth management firm that mixes human advice with a technology approach. The firm came out of stealth mode and announced $37 million in venture capital funding led by Greenoaks Capital and angel investor Lachy Groom.

In his conversations with VCs, Malhotra says he’s been drawing comparisons to business models and companies that VCs are familiar with, such as other “tech-enabled service companies.” They’ve seen that already in the insurance and real estate brokerage spaces.

“[VC firms] have seen a number of these different, let's call it more traditional service-based businesses, add this technology leverage on top of it,” he said. “So we were able to build that same similar story. And the story is effectively this: If we can build technology that actually improves the effectiveness of each of these financial advisors or the experience and can help them unlock more time and make them more money by extending their business, then we have something that's differentiated.”

Rohan Malhotra, general partner at Boston-based Brewer Lane Ventures, one of Savvy’s investors (no relation to Ritik), said his firm has invested in some of these tech-enabled service companies, such as insurers and banks, that are modernizing the way they do business.

“Savvy, to us, that's a neomodern wealth management firm,” he said. “And the reason you do that is because you believe the power of innovating across the different functions, or jobs to be done within these organizations could really compound on one another. So being able to build better lead generation, and a front end, and better compliance, and automate some of the back office. Together, all those create a much more efficient organization.”

Brewer Lane also sees an opportunity to capitalize on the broader macro tailwind around the great wealth transfer, with millennials set to inherit trillions of dollars by 2030.

“It starts with the macro tailwind going into the consumer experience, believing that there's a better way to do that,” Rohan said. “It's quickly pivoting to the advisor and realizing that a lot of their job is not focused on what they should be doing. And that's where technology is best in our minds. In bringing those efficiencies, and that's, to us, phase one in building a tech-enabled advisory firm.”

Jeremy Fiance, founder and managing partner, The House Fund, another Savvy investor, said his firm believes the future of financial advice for high-net-worth individuals will be human-centric and backed by technology. He sees an opportunity to bring technology to an industry that still largely runs on traditional paperwork.

“Anyone who’s worked with a financial advisor at a traditional firm in 2022 probably knows what I’m talking about—the onboarding process is slow, migrating accounts is painful, and wet signatures are still being sent and received over snail mail,” Fiance said.

Rudy Adolf, CEO of Focus Financial Partners, said he was skeptical of venture capital coming into the wealth management space.

“My skepticism comes from, there is such a powerful ecosystem of specialized technology vendors that are out there—the Orions, the Addepars, Envestnets and so on and so forth, or other vendors like CRM vendors like Practifi and many others. I’m very happy with the set of technology choices and capabilities, but I rather believe that, let the technologists, and let the advisors be advisors,” he said.