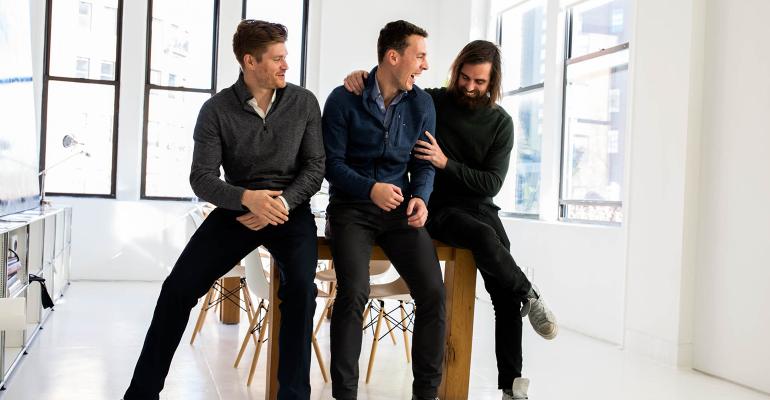 The direct indexing platform designed to construct customized, values-based portfolios remains one of the last independent firms in its space.

Powering personalization for financial advisors appears to be a winning proposition for Ethic, which this week announced $50 million in Series C funding despite the overall slowdown in venture capital of late.

The digital asset manager, which focuses on ESG data and customizable socially responsible investment portfolios for financial advisors' clients, has over $2 billion in assets.

Will Trout, director of wealth management at Javelin Strategy & Research, said that the rise of advisor platforms like Ethic speaks to demands for a bespoke investing experience, one that reflects the environmental, social and governance objectives held by each investor.

“For the advisor, the key is to align portfolio construction to these principles, as well as to the more generalized risk profile of the client and a digital interface built on sliders, drop-down menus, and robust integration to third-party tools allows the advisor to shatter the tradeoff that used to exist between customization and scale,” he said.

The round was led by the Jordan Park Group. Other participants included UBS, through its venture capital Next unit, as well as previous investors Oak HC/FT, Nyca Partners, Sound Ventures, Urban Innovation Fund and Kapor Capital.

As noted in the announcement, the new capital will “support Ethic’s ambitious growth plans, including expansion into new markets and products, and continued investments in its platform experience.”

“Our personalized approach, which allows people to create portfolios that reflect their own unique definitions of sustainability, has helped facilitate our rapid growth with intermediaries and their clients,” said Doug Scott, co-founder and CEO of Ethic.

Ethic raised $29 million in its Series B round that closed in April 2021, and the firm soon thereafter cleared the $1 billion in assets under management milestone.

At the end of 2021, the firm garnered some celebrity status in the form of Prince Harry and Meghan, Duchess of Sussex, who joined Ethic as “impact partners” and investors.

Ethic operates as a subadvisor to RIA firms that access it via their custodial platforms. For example, in the case of Fidelity, advisors access Ethic through the Fidelity Separate Account Network.

Scott, in an interview last year with WealthManagement.com, said the firm took the view that ESG is really just financial nomenclature created by analysts; Ethic saw an opportunity to help advisors communicate the "story" of values-based portfolios based on individual client preferences.

“We peel that back and try to make it more accessible to people, connecting with clients by finding out what is important to them,” he said, in response to the oft-repeated notion that clients are not asking advisors about ESG. He used the specific example of clean water, noting that the platform can help advisors in taking such concepts expressed as interests of clients and in turn explore the best investing opportunities to support those concepts.

Among its first significant partners in the RIA world were Dynasty Financial Partners and Fidelity Investments in 2019.