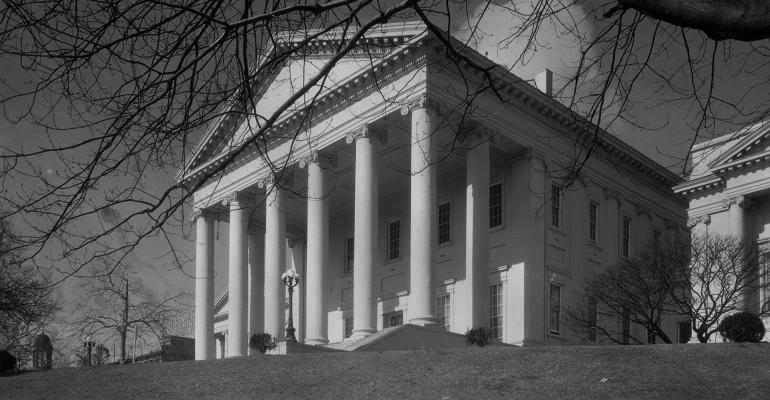 Virginia Is the Latest State to Explore Auto IRA Program

The state has two bills in play; one would establish an auto IRA program similar to Oregon's, while a second plan would be modeled after Washington's online marketplace.

A Democratic legislator in Virginia introduced two bills in the state’s House of Delegates that would establish a state-based retirement plan. One bill would establish a program similar to that in Oregon, which requires all private-sector employers to offer the state-based plan if they don’t already have one in place. A second bill would implement a program similar to Washington state's, which has a voluntary program with an online marketplace where qualified companies can offer retirement products.

“I would say if anything gets through the Virginia State Legislature, it would be the Washington state model, like the marketplace model, which is the voluntary approach,” said Andrew Remo, director of legislative affairs at the American Retirement Association in Arlington, Va. “Given the fact that the House of Delegates in Virginia is Republican, that would be the more likely bill that would have a chance of actually making it over the finish line, versus the more ambitious auto IRA approach,” which you typically see in more-progressive states.

Oregon was the first out of the gate in 2017 and just recently expanded the program to individuals, such as self-employed or gig economy workers. It now includes more than 45,000 employees, who have contributed more than $9 million toward retirement. Workers are saving an average of $114 a month.

Under Oregon’s model, it’s unclear what the penalty will be for noncompliance. Virginia’s plan, dubbed My Virginia Plan, would look similar.

“This template of trying to increase coverage has been out there since California's law was passed in 2012,” Remo said. “They’re very similar to one another in terms of form and structure."

The Oregon-like legislation would require private-sector employers either to offer a retirement plan or allow their employees to contribute to the state plan via payroll deductions. It would not require automatic enrollment; New York City’s plan would. There would be a default contribution rate, to be established by the My Virginia Plan Board, and default escalation of contribution levels.

Under the second bill, the program would be voluntary for employers and employees, and the state would create a website where they can learn about the retirement plan options, which may include life insurance plans, plans for employer contributions to workers’ accounts and individual retirement accounts funded by payroll deductions. Financial services providers would go through an approval process to participate in the program.

“Given certain parameters, you go through an application process, and once you’re approved, you get to sell your retirement product on this state-based internet marketplace portal,” Remo said.

The American Retirement Association does believe there’s a retirement coverage gap that’s substantial. But the organization has some concerns about the patchwork of state regulations that are being created around retirement plans.

“As more and more states are implementing these programs, we are getting concerned that there are going to be too many different sets of rules, especially for employers that operate in different states,” Remo said. “Our ultimate preference is for this to be addressed at the federal level.”