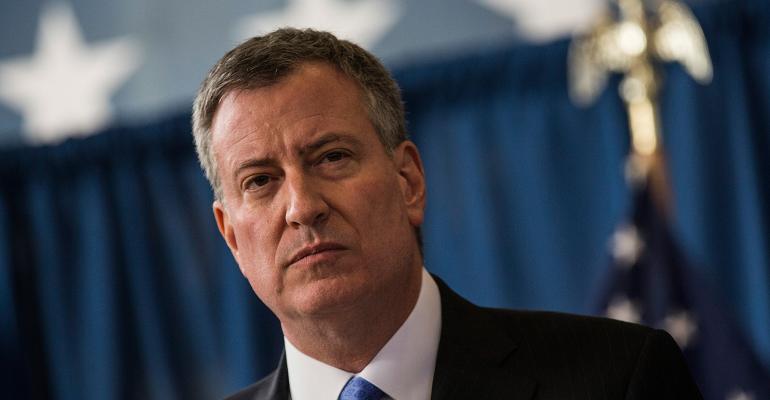 The Big Apple's program would require employers to either offer a retirement plan or auto-enroll their workers into the city's plan.

In his state of the city address on Thursday, New York City Mayor Bill de Blasio said he would move forward with legislation to provide private sector workers with individual retirement accounts, if their employers don’t offer a retirement plan.

The move, part of de Blasio’s “Retirement Security for All” initiative, would require employers with more than 10 workers either to offer a retirement plan or auto-enroll their employees into the city’s plan, with a default contribution of 3 percent. The employees can then modify that contribution rate as they see fit.

The “Retirement Security for All” initiative was originally launched in February 2016, when New York State Attorney General and then-Public Advocate Letitia James introduced legislation for a city plan, which fell through. City Council member Ben Kallos and Civil Service and Labor Committee Chair I. Daneek Miller are reintroducing two bills that would establish a retirement savings board to oversee and establish the program.

“The prospects of our Retirement Security for All initiative seemed to dim after a hostile federal government assumed by Republicans passed resolutions intended to extinguish this very proposal, but the tide has turned, and the dawn of a friendly state Legislature and Congress is upon us,” Miller said, in a statement.

New York state has its own plan in the works, which would give employers the option of offering a Roth IRA managed by the state. But the New York City plan is different from others around the country, such as Oregon’s, in that employees would be automatically enrolled.