/sites/all/themes/penton_subtheme_wealthmanagement/images/logos/footer.png
Recent
Recent
Eight Must Reads for the CRE Industry Today (May 17, 2022)
May 16, 2022
Investors, End-Users Compete for Last-Mile Warehouses as Rents Skyrocket
May 16, 2022
Dyal Said to Be in Talks for Stake in Real Estate Firm DivcoWest
May 16, 2022
Michael Kitces' #FASuccess Podcast: Beth Jones' Method to Deepen Client Relationships
May 16, 2022
Featured
The 10 Best and 10 Worst States in Which to Retire in 2021
Jul 15, 2021
Poll: 15 Classic Books on Investing and the Markets
Apr 03, 2020
Fifteen Must-Listen Business Podcasts for Advisors
Aug 14, 2020
Celebrity Estates: Jay Leno and Planning for Classic Car Collections
Feb 22, 2022 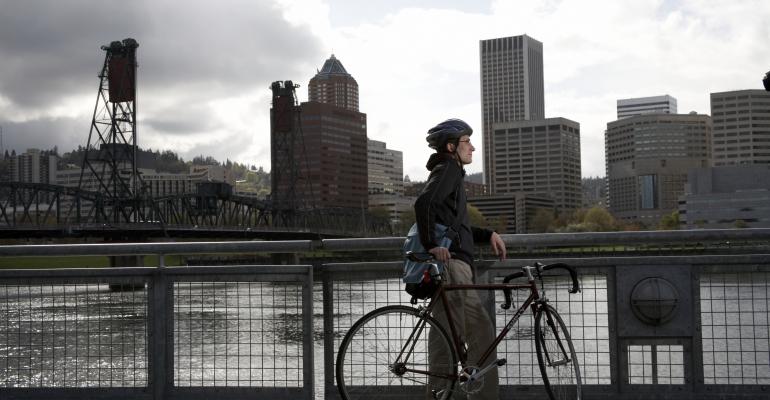 Inside the First State-Run Retirement Plan

As Oregon rolls out its new retirement savings program, it will serve as a test for whether these plans succeed.

Five states have enacted legislation to create state-run retirement plans for employees who don’t have access to workplace plans, including Illinois, California, Oregon, Connecticut and Maryland. Oregon is the first out of the gate, with its OregonSaves program already in its second pilot. It has 52 employers, 2,300 eligible employees and $46,000 saved to date.

Some 2,000 Oregon employers with 100 or more employees will be notified this month of the state’s new mandatory retirement plan, and have until mid-November to register. Contributions start Jan. 1, 2018. For other states as well as the retirement plan industry, Oregon is the guinea pig.

“We’ll be able to see relatively early on how the program is doing,” said John Scott, director of retirement savings at The Pew Charitable Trusts. “That’s not just learning for Oregon. It’s also knowledge for the rest of the country—other states that want to do this or if there’s a federal program that wants to do automatic enrollment.”

The Pacific Northwest state hopes the new program will close a gap in retirement coverage. About 40 percent of working Americans lack access to any payroll deduction savings plan at their jobs, according to Bob Reynolds, CEO of Great-West Financial and Putnam Investments. In Oregon, there are more than one million workers with no access to a retirement saving option at work. That compares to about six million in California, Scott said.

“They’re sort of a nice test case to see if you can roll out a state-wide retirement savings program because trying to reach people in rural communities at rural businesses, as well as those in Portland and other cities—I think that’s an interesting challenge,” Scott said.

Studies have found that the most effective way to get workers to save for retirement is via payroll deduction and automatic enrollment. OregonSaves uses both; employers will be have an obligation to send a percentage of workers’ salaries to the state-run IRA, which is structured as a Roth IRA. The worker can opt out of the plan, although enrollment will be automatic. Employers have no fees or fiduciary risk associated with the plan. But they also have no say in the investment options and can’t do matching contributions.

“Depending on the results of this, depending on how people respond to it, this could be a pretty significant development, where you get people in the habit of saving,” said Aron Szapiro, director of policy research at Morningstar.

The investment options, chosen by Segal Marco Advisors, include a series of target-date funds by State Street Global Advisors, with management fees in the range of 8 to 12 basis points. All in, the employee is going to pay around 100 basis points, said Scott Morrison, chief product officer at Ascensus, the plan's administrator. But he believes costs will come down, similar to the way they did in state-run college-savings plans.

“I believe over time we’re going to see the same dynamic play out here in these programs—the costs over time are going to diminish,” Morrison said.

Ascensus is currently in contract negotiations to administer Illinois’ plan.

With about one-third of the marketshare in the college savings market, Ascensus believed it could build off the platform it already had in that space—with some tweaks.

“When we saw the OregonSaves requirements, we believed at Ascensus that the requirements for the platform lined up very closely with the way we had built our functionality in the 529 space,” Morrison said.

Ascensus State Retirement Online, or Astro, is what the firm came up with. While the 529 qualified tuition plan is voluntary, this plan is mandatory, so it was a different dynamic. It was important to minimize employer interaction with the program, he said.

“We also viewed then that the most important relationship that was going to exist in terms of building out the functionality for the program was between the administrator, which is us, and the participants—the employee,” he said.

“What I think was smart about the state was working with a provider that had a proven platform; they weren’t trying to recreate something from scratch, that was fairly analogous to what they’re trying to do with OregonSaves,” Scott said.

“So you’re really taking that and making some tweaks to operate at scale, but largely focused on low to moderate income workers, who will be saving through payroll deduction and through automatic enrollment,” Scott added.

The feasibility study done for Oregon estimates that about 600 or so businesses will be eligible for the plan; Morrison expects that to be 100,000 or so accounts as a result.

Szapiro believes the state-run retirement plans are a worthy experiment, but some real challenges remain for these programs to be successful. For one, the fact that these are Roth IRAs could be problematic, because that money can’t be rolled into an employer 401(k).

And while the fees could eventually come down, as these plans gain more assets, it’s uncertain whether this will be a more dynamic workforce, with people going in and out of having 401(k) coverage.

“You might have a lot of small balance accounts that kind of sit there, and I think that’ll be a challenge for these plans to figure out going forward,” he said.

Some have argued that having 50 different state programs could make things inefficient for companies.

“From a big employer’s perspective—many of them offer plans, some don’t—from a big asset manager’s perspective, you don’t necessarily want to be dealing with a patchwork of retirement systems,” he added.

Scott believes the biggest challenge will be user experience.

“I think there has to be a lot of program satisfaction for this to really work. I think employers have to feel like this isn’t a burden.”

Employees also have to feel that it’s not difficult to sign up, opt out or make changes to contributions.

“If the key users aren’t happy with it, it won’t be successful, and that could impact similar programs around the country,” Scott said.