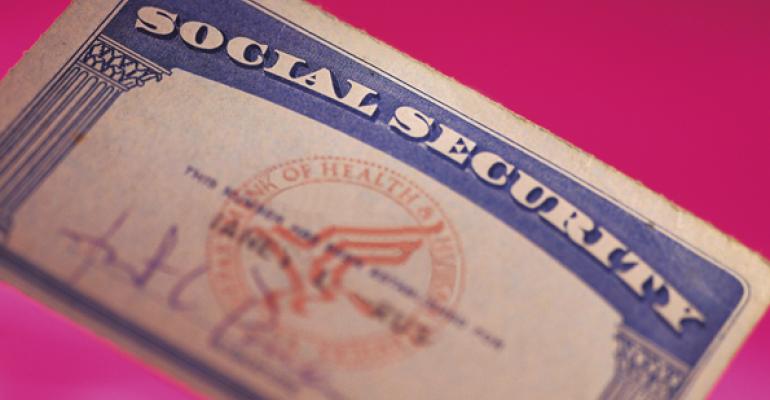 The reduction of spousal benefits&nbsp;

In earlier articles, I looked at certain types of government employees who’ve worked previously with a “non-covered” pension.  That is, they worked at a job where they didn’t have to pay Social Security (SS) withholding taxes, but got a separate pension from the “non-covered” work they did.  A typical example would be certain state and municipal employees. The federal government has ways of adjusting SS benefits to reflect this using the windfall elimination program (WEP).  Now, I’ll discuss the government pension offset (GPO), which is used to reduce SS spousal benefits to offset the perceived “windfall.”

A Response to “Double Dipping”

Now let’s change things a little.  The truth is that Spouse B actually did work outside the home.  It’s just that he actually was a state employee who never paid into SS but gets a pension from that work.  Assume that pension is $3,000 per month, in other words, more than Spouse A’s SS benefit.

So under those circumstances, is it really fair that the spouse would receive the same benefit as a spouse who never actually worked outside the home?  It almost seems like double dipping.  Thus, the government came up with GPO.  Thankfully, GPO is much easier to understand than the previously covered WEP.

GPO reduces the spousal retirement benefit payable to a worker who also receives a non-covered SS pension. The GPO benefit reduction is equal to two thirds of the pension from non-covered SS employment.

Note the basic difference between WEP and GPO.  WEP is applicable when a non-covered employee has his own SS benefit.  GPO is applicable when the non-covered employee may qualify for the SS spousal benefit.  Keep in mind that in most circumstances, an individual can collect a spousal benefit even if he never qualified for a SS benefit at all.  This is one practical issue that distinguishes GPO from WEP.

Example:   Assume your client is age 66 and has never had his own SS benefit, but has filed for a spousal benefit.  If his spouse has a PIA of $2,000, under normal circumstances, he would qualify for a spousal benefit of up $1,000 per month when he reaches full retirement age (FRA).  In this case, let’s assume he also receives a $900 month pension benefit from his non-covered employment. The GPO provision will cause his projected $1,000 SS spousal benefit to be reduced.

One question that may jump out at you at this point:  Can GPO completely eliminate the spousal benefit?  The answer is yes.  This is one key difference between WEP and GPO.  In this example, if your client’s non-covered pension were $1,500 or more, there would be no SS spousal benefit at all.

Now let’s assume the other spouse began collecting at age 70, but died shortly thereafter.  Her $2,000 benefit will already be enhanced by four years of 8 percent DRCs to $2,640.  The spouse’s widower’s benefit would normally be 100 percent of the full $2,640 retirement benefit.  But the GPO is still in effect.  Thus, the $600 GPO reduces his widower’s benefit to $2,040.

Can someone be subject to both WEP and GPO at the same time?  Certainly.  So both a personal benefit and a potential spousal benefit can be reduced for someone with a non-covered pension.

As I noted in an earlier article, GPO and WEP are some of the more difficult SS concepts to grasp.  But if you’re working with government employees, chances are good that it’s going to come up.  So you need to understand at least the basics.