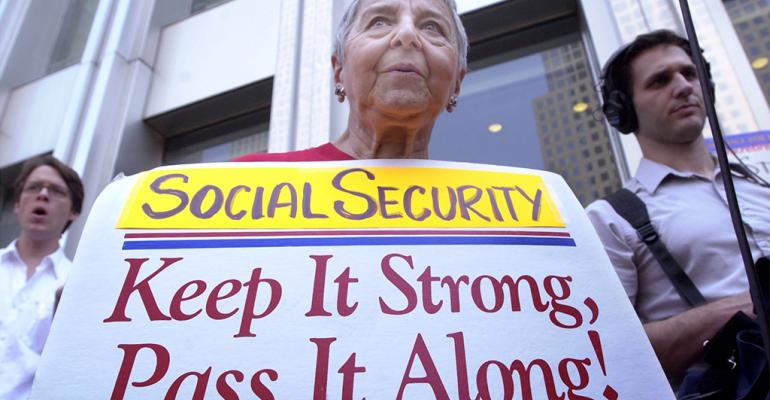 How the system prevents a windfall

Frankly, the two government provisions, Windfall Elimination Provision (WEP) and Government Pension Offset (GPO), are some of the most difficult Social Security concepts to grasp.  But if you’re working with government employees, chances are good that it’s going to come up.  So you need to understand at least the basics.

Over the next few articles, I’ll try to cover the two provisions you need to understand if you work with government employees.  First let’s take a look at the basic concept. To understand the problem Social Security is trying to address, you need to know something about how the benefit is calculated.  The primary insurance amount (PIA) is  used to calculate the monthly benefit.  This is the amount listed on the statement where it says: “if you continue working until your full retirement age (66 years), your payment would be about $____ a month.

So what happens when someone like your client works, say, for 30 years in a job with a “non-covered” pension, followed by 10 years in another job?  That person would have a 10-year work history with Social Security and would be eligible for Social Security retirement benefits.  The highest 35 years of earnings is what’s used to calculate the average.  Zeroes are added for anything less than 35 years. With such a short work history, he would end up being treated similarly to a low-income worker—with the resulting higher relative benefit—even though he may have a generous pension from his previous job.

The Social Security statement provided by the Social Security Administration is a critical starting point in the planning process.  The statement should give you a hint as to where the employee stands.  Take a look at the client’s work history on page 3 of the statement.  One clue might be seeing a significant number of years that list the Social Security earnings as $0, but there’s higher number listed for the Medicare earnings.  That’s a tip off that you may be looking at a WEP or GPO situation, even if the statement doesn’t indicate it.

Now for some good news.  Most federal government employees hired after 1983 don’t have to worry about this.  They’ve paid into Social Security all along, so they’re not affected.  But federal employees hired prior to 1983 are generally considered civil service employees and may in fact have to deal with WEP and GPO.  Teachers may or may not be, depending on the state they work in.