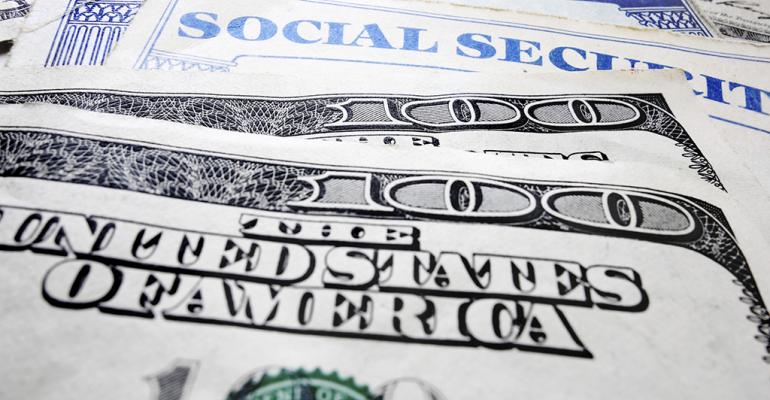 Let&rsquo;s look at the windfall elimination provision, which is used to reduce a worker&rsquo;s Social Security benefits to offset the perceived windfall.

In my last article, I discussed Social Security (SS) and certain types of government employees.  These are people who have worked previously with a “non-covered” pension.  That is, they worked at a job where they did didn’t have to pay SS withholding taxes (such as certain state and municipal employees), but still got a separate pension from the work they did.  The federal government has ways of adjusting any possible SS benefits to reflect this inconsistency.  Let’s now turn to the windfall elimination provision (WEP), which is used to reduce a worker’s SS benefits to offset the perceived windfall.

I briefly discussed the primary insurance amount (PIA) in the previous article.  The PIA is the basic SS monthly benefit at full retirement age.

The WEP Produces a Reduced PIA

If your client is subject to WEP, it means that a different formula will be used to calculate his PIA.  In effect, WEP causes a portion of the retired or disabled worker’s PIA to be reduced when the worker is covered under two separate retirement programs: one from non-SS covered employment and one from employment covered by SS.

Assume your client’s retirement benefit from his years of non-SS covered employment is $900 per month.  But during the last 15 years, he’s worked in a job where both he and his new employer have paid SS taxes.

The PIA calculation generally favors a worker with lower earnings.  As noted in my previous article, the PIA is based on a three-tiered calculation that provides a higher percentage (90 percent) of benefits for lower SS earnings (up to $826 average indexed monthly earnings (AIME) for 2015).  Many workers have higher incomes that reach Tier 2 ($827 to $4,980 per month for 2015) and are calculated at 32 percent, or Tier 3 ($4,981 and above), which are calculated at 15 percent.

Assume that because of his limited years of private sector employment, your client’s PIA will primarily be produced by the higher 90 percent first tier, even though his income during those years could have been substantial.  Remember that SS averages the highest 35 years, and when the number is less than 35, zero is assumed for that year.  Thus a high earner with a short history will get a higher benefit.  WEP is designed to reduce the benefit “windfall” derived from the higher percentage first-tier PIA benefit calculation.

Note that this case is a bit extreme.  Because of his short history, the 90 percent tier is reduced all the way to 40 percent.  That is true for anyone with an SS-covered work history (“years of substantial earnings” in SS lingo) of 20 years or less.  On the other end, there’s no WEP reduction if the worker has at least 30 years, regardless of any non-covered employment. For someone who had “substantial earnings” for more than 20 but less than 30 years, 5 percent is added for each year above 20.  For example, if your client had 25 years of substantial earnings, the 40 percent figure would be increased to 65 percent.

By the way, the term “substantial earnings” is indexed.  The Social Security Administration defines it as “$22,050 or more” in 2015.   So the amount to qualify as “substantial earnings” isn’t particularly high, but it’s much higher than what’s needed to qualify for a SS benefit ($1,220 per credit, with a maximum of four credits per year, for a total of $4,880.  A minimum of 40 credits (10 years) is required to get a benefit.

As bad as the WEP is, it can only go so far.  A worker’s PIA will never be reduced by more than one half of the retirement benefits received from his non-covered employment.  So the SS benefit will never go away completely.

Here’s an interesting question: does WEP affect SS spousal benefits?  The answer is yes, but only indirectly.  Let’s go back to our example.  Assume the spouse qualifies for a spousal retirement benefit based on your client’s SS record.  Her benefit will be derived from your client’s reduced $587 PIA, not his unreduced $1,000 PIA.  So yes, the potential spousal benefit will be lower.  However, if she qualifies for a surviving spouse’s benefit, her benefit is based on your client’s full unreduced $1,000 PIA.  In other words, WEP doesn’t affect survivor benefits.

Now for the scary part: a worker could be subject to WEP and not even know it.  Worse yet, even SS may not realize it.  All SS sees is a few zeroes on the employment history.  They have no way of knowing why that’s the case.  They even acknowledge this in the fine print of the SS statement.  And they’re not going to know, either, until your client actually starts collecting the non-converted pension.  So in that situation, the SS statement itself can be wrong.

My next article will look at government pension offset.  This provision affects spousal benefits for this type of employee.