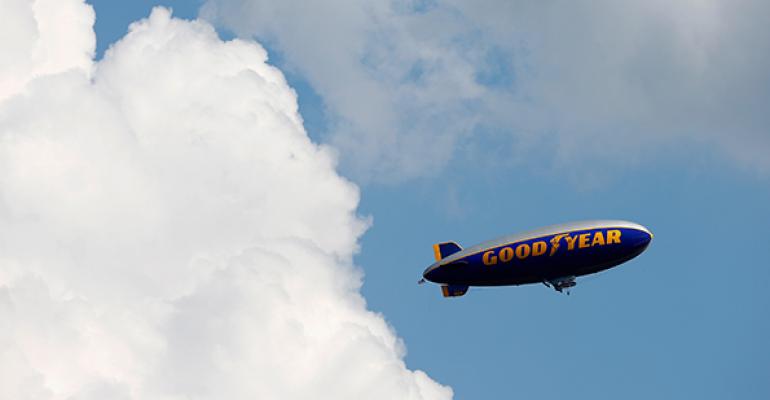 The Impact of Slayer Statutes on Surviving Spouse Benefits Under ERISA

Regular readers of our column may remember our article from this past Spring discussing the variations among state “slayer statutes”—laws preventing murderers from inheriting from their victims.  A recent opinion by the U.S. District Court for the Northern District of Alabama in Box v. Goodyear Tire & Rubber Co., Case No. 4:11-CV-02829-MHH, provides a logical sequel to that discussion, adding considerations under federal statutory and common law into the mix.

On Aug. 5, 2003, Barbara Box shot and killed her husband, Kenneth Box.  He was found dead on the sidewalk in front of their home, shot in the back.  A jury ultimately convicted Barbara of murder in March 2006, and she’s currently incarcerated.

Kenneth worked for Goodyear until Aug. 5, 2003 and participated in the company’s pension plan, which is a defined benefit plan governed by the Employee Retirement Income Security Act of 1974 (ERISA).  The Goodyear plan provides a qualified pre-retirement benefit in the form of a survivor annuity (a QPSA) for the surviving spouse of a vested plan participant if the participant dies before he’s eligible to receive his pension benefits.  The QPSA pays a monthly benefit to the surviving spouse for her lifetime, provided that the couple was married for at least one year before the employee’s death and that the participant didn’t elect to waive the QPSA benefit.

The Goodyear plan provides the QPSA benefit for surviving spouses only.  It doesn’t provide an option for an employee to name a contingent or secondary beneficiary, nor does it authorize payment of such benefit to anyone other than the surviving spouse.  Nor does the plan address whether a surviving spouse is eligible to receive QPSA payments if she murdered the plan participant, violated the law in any way that would preclude her right to that benefit or otherwise became ineligible in some way.

In this case, it wasn’t entirely clear whether Alabama law or federal law governed Barbara’s right to the QPSA benefit under Kenneth’s pension plan.  However, that question presented a distinction without a difference.  If Alabama law applied, then the Alabama slayer statute treated Barbara as though she predeceased Kenneth such that she wouldn’t be entitled to the QPSA benefit.  The federal common law would similarly prevent her from receiving the benefit under the broader principle that no person should profit from her own wrong.

No matter which law applied the result would be the same: Barbara wouldn’t receive pension benefits as Kenneth’s surviving spouse.  That result is logical and fair and appears to achieve the exact purpose for which slayer statutes exist in the first place.  But, as is frequently the case, there’s a twist.

Kenneth and Barbara have two kids: a son, Kevin, and a daughter, Katrina.  The kids brought a petition in the District Court, both individually and with Kevin acting as the representative for his father’s estate, seeking an order requiring the QPSA benefit to be paid either to the estate or to them as their father’s heirs in light of the fact that their mother was ineligible for the benefit.  Goodyear responded to the petition and argued that because the plan doesn’t provide a contingent beneficiary, the pre-retirement spousal benefit was only available to an employee’s spouse under the terms of the plan, and Barbara’s disqualification meant that the QPSA wasn’t payable to anyone.

It was undisputed that under the terms of the plan, Barbara was the surviving spouse, and there was no designated contingent beneficiary.  The District Court ultimately agreed with Goodyear.  Applying the legal fiction that Barbara predeceased Kenneth, the court found that there was no surviving spouse under the terms of the plan and, therefore, no beneficiary to whom Goodyear would be required to pay the spousal benefit.

Plan Comes Out Ahead

The result in this case ultimately benefitted the plan because it didn’t have to pay the QPSA benefit at all.  Of course, that’s not really the intended effect of either the Alabama slayer statute or the federal common law rule that “killers don’t take.”  Some state’s slayer statutes specify that when a beneficiary becomes ineligible as a result of having killed an insured, the contingent beneficiary shall receive the benefit.  But even a specific statutory provision of that nature wouldn’t have changed the result for Kevin and Katrina when their father’s plan didn’t allow him to name contingent beneficiaries in the first place.

Federal law specifically allows for the division of retirement assets in an ERISA plan through qualified domestic relations orders to effectuate family support and division of property at divorce.  As such, Congress may have provided an exception for cases like Box if it had considered the effect of slayer statutes and other laws affecting beneficiary eligibility under ERISA plans.  As it stands, however, the analysis in each case will depend on the interplay between the applicable state or federal law and specific provisions of the plan at issue.