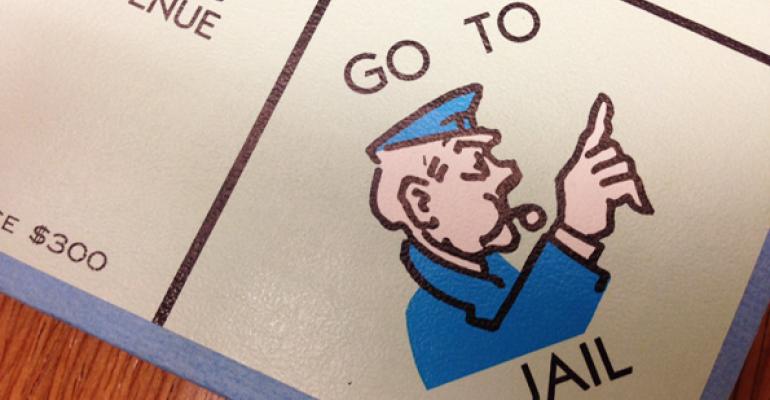 A Brief Slay Ride Through a Slew of State Laws

When does guilt bar inheritance?

“Slayer statutes”–laws preventing a murderer from inheriting from his victim–have been around for ages.  These laws are generally based on public policy considerations centered on morality, equity and deterrence.  However, despite the common underlying considerations, the specific source of rules and provisions of relevant laws vary widely from state to state.

The vast majority (in fact, almost the entirety) of states have enacted statutes codifying these laws on the books.  New Hampshire is the notable exception–with no slayer statute and no case law directly addressing the issue.  Scholars often cite a Supreme Court of New Hampshire decision from the 1960s as establishing a common-law rule in that state preventing a murderer from inheriting from the estate of his victim.1  In actuality, the oft-cited Kelley case falls short of creating such a rule in New Hampshire.

The facts of Kelley go like this.  Cora was 59, heavily in debt and looking for security.  She married George, 74, with the understanding that he was going to pay all of her bills.  The couple lived together in Cora’s house.  George put money into the house and paid off large amounts of her debt.  They were married for 10 months and fought constantly until one day George shot Cora dead.  George pled guilty and was sentenced to life in prison, but the probate court still had to decide what to do with Cora’s modest estate (totaling less than what George had spent on her during their 10-month marriage), specifically, whether her murderer-husband could inherit it.

The question made its way up to the New Hampshire Supreme Court.  The court acknowledged that there was (and is) no statute regulating inheritance of property by a slayer in New Hampshire, but reasoned that a court could still reach a sensible solution by imposing a constructive trust over the property if the inheritance would rise to the level of unjust enrichment.  On the facts of the case at hand, however, the court found that because George spent more on Cora during their marriage than he stood to inherit from her murder, there was no unjust enrichment.  Thus, he could inherit from her estate.

Because it doesn’t have a slayer statute at all, New Hampshire is an outlier.  But among the rest of the states, the statutes (and common law) often differ with respect to things like whether: (1) an insanity defense affects the inheritance analysis, (2)the slayer committed intentional homicide versus manslaughter, (3) the slayer’s heirs are also disinherited, and (4) a criminal conviction is required for the law to apply.

When Does Law Kick In?

Even within the states that require a conviction, there are additional differences in how the law works.  For example, some states require that the slayer, even after conviction, be given the chance to exhaust his right to an appeal before being deprived of his inheritance.  Others have concluded that a judgment of conviction is enough and conclusively establishes the individual as the decedent’s killer for the purposes of the statute.

Recently, the U.S. Bankruptcy Court for the Western District of Wisconsin had occasion to consider this very question and an issue of first impression in Wisconsin: Is a judgment of conviction sufficient to trigger Wisconsin’s slayer statute, or is the alleged (and convicted) slayer entitled to exhaust his rights of appeal before the statute kicks in and deprives him of his interest in the decedent’s estate?2

On June 6, 2010, 911 dispatchers in Lincoln County, Wisc., received a call from Chase Boruch, reporting that his mother was trapped inside of his truck in a lake.  When the officers arrived on the scene, they discovered the truck partially submerged in the lake and Chase’s mother face down in the sand, dead.  At first, Chase’s story was that he and his mother were going fishing, she was driving the truck and he wasn’t sure what happened other than that somehow she drove the truck into the water.  His story changed over time, and he was eventually charged with first degree intentional homicide.

At trial, the State presented compelling circumstantial evidence of Chase’s motive and opportunity for the killing his mother.  A former girlfriend testified that he had planned for years to take out life insurance on his mother just before she died.  As it turns out, Chase (with his mother’s assistance) applied for several insurance policies on his mother’s life in the last two months of her life.  Insurance agents with whom they applied for one policy testified that Chase seemed to be driving the transaction and that he insisted on getting an accident policy rider even though the agents told him his mother wouldn’t qualify.  During April and May 2010, they applied for and/or purchased several policies insuring against accidental death.  In fact, the day before his mother died, Chase increased the benefits limits of his auto insurance and added her as an insured under that policy.

At trial, Chase ultimately admitted that he staged the accident scene at the lake so that he could collect insurance benefits for her accidental death.  He admitted lying about how she died, but denied that he killed her.  He was ultimately convicted in November 2011 of first degree intentional homicide for the death of his mother and sentenced to life in prison.

At some point during the criminal trial, Chase ran out of money and filed for bankruptcy in September 2011, just before he was convicted.  He was discharged from bankruptcy in May 2012, but in December 2012, he initiated an adversary proceeding against his mother’s estate, seeking to turn over the life insurance proceeds from policies in which he was named as a beneficiary to his bankruptcy estate.  As a result of this procedural maneuvering, the Bankruptcy Court was faced with deciding the issue of whether Wisconsin’s slayer statute, applicable to “final judgments of conviction” of murder, applies at the time a judgment of conviction is entered or requires that the convicted defendant be given the opportunity to exhaust all rights of appeal.  Ultimately, the Bankruptcy Court found that the question was a moot point because Chase had already filed an appeal, and a Wisconsin Appellate Court had already affirmed his conviction.  In any event, the Bankruptcy Court noted in dicta that even if Chase hadn’t already appealed the conviction, the slayer statute kicked in and severed his interest in any life insurance proceeds when the judgment of conviction was entered in the trial court.

While several states have adopted the Uniform Probate Code’s model rules in this area,3 many haven’t.  States’ slayer statutes are constantly evolving over time though and changing to adapt to public opinion.  For example, as a result of strong opinions surrounding end-of-life decisions, some states are now codifying exceptions when the decedent chooses to opt-out of the statute applying to their estate.4 Given the divergence of opinions as to end-of-life decisions like assisted suicides or “mercy killings” and strong political proponents on both sides, this area may likely be one to watch closely for additional changes in state’s laws in the coming years.