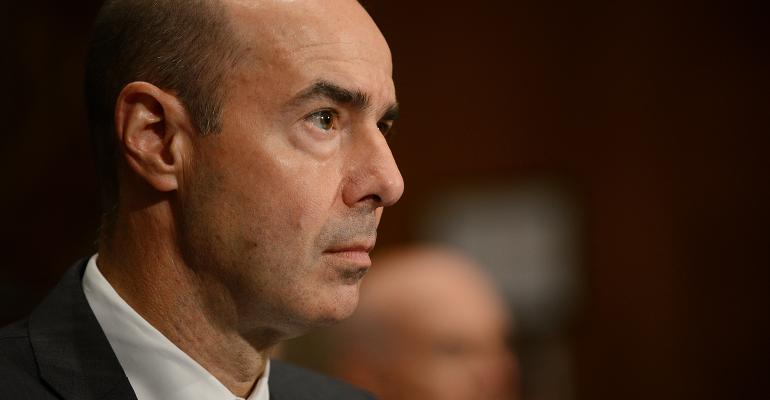 DOL Puts Guardrails Around Use of ESG in Private Retirement Plans

The Department of Labor has proposed a new rule that would require more analysis and documentation around ESG investments in private retirement plans.

Retirement plan advisors and plan sponsors looking to incorporate environmental, social and governance (ESG) investments into retirement programs may be subject to new rules around the use of such investments. The Department of Labor proposed a new rule this week that would establish new requirements for investment analysis and documentation around ESG investment decisions in private retirement plans.

Plan fiduciaries cannot offer ESG investment vehicles that knowingly heighten fees, lessen returns or increase risks for the purpose of achieving nonfinancial goals, according to the new proposal. Plan advisors and sponsors would still be able to consider ESG factors as tiebreakers among equivalent alternative investments.

“Private employer-sponsored retirement plans are not vehicles for furthering social goals or policy objectives that are not in the financial interest of the plan,” Secretary of Labor Eugene Scalia said in a statement.

The proposed rule shadows an executive order from April 2019 that contentiously called for a review of ESG investments and proxy voting. Critics argue that the DOL, under the Trump administration, is attempting to weaken the Obama-era stance on ESG fund options that allowed ESG factors to be considered tiebreakers when considering indistinguishable investments.

The Employee Benefits Security Administration, a division of the DOL that developed the proposal, said the ERISA fiduciary’s job is to manage the assets for the exclusive purpose of providing the promised benefits, maximized wealth. A fiduciary violates that obligation when he or she chooses to accept high costs, reduced returns or increased risks to pursue other goals.

The DOL calculated that there are 8,870 defined benefit and 18,400 defined contribution plans that are participant directed that would be affected by the proposed rule. For non-participant-directed plans, the department estimated that 89 DB and 61 DC plans may be affected, as well.

Ann Lipton, a securities and corporate litigator and associate professor at Tulane University, says the proposed rule narrows the use of ESG.

“First, it makes it harder to use [ESG] in just its moral sense. Even if I’m the retiree and I’m willing to make the trade off on an informed basis—the option cannot be in the 401(k) menu,” Lipton said. “Also, when you say you can use ESG for wealth maximizing criteria but you have to document it, then that’s just going to make it harder. It’s going to dissuade people.”

According to the proposal, plan advisors and sponsors “must document the basis for concluding that a distinguishing factor could not be found and why the selected investment was chosen.”

Lipton added that the rule would stifle the advancement of a movement calling for ERISA standards to allow plans to benefit “the whole” of the beneficiaries. As an example, Lipton said a pension plan for union laborers could not only consider the investments that might increase the value of the plan but also take into account whether any of the investments are union-busting.

The DOL estimates that plan advisors and administrative staff will spend approximately 600 hours a year and $56,818 to maintain documentation for either defined contribution plans or defined benefit plans.

The department has set a 30-day comment period on the new rule.