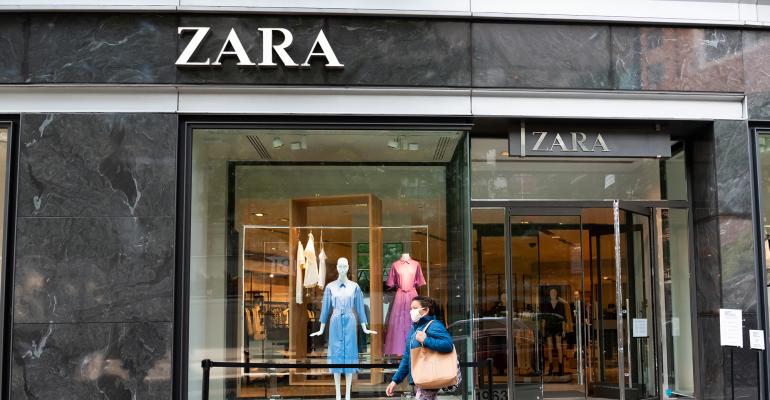 (Bloomberg)—Inditex SA, the Spanish owner of the Zara clothing brand, rebounded from its first loss on record to post better-than-expected first-quarter earnings, as the easing of pandemic-lined restrictions allowed it to reopen most shops.

While first-quarter results were affected by store closures in key markets including the U.K., France, Italy and Portugal, the company now has 98% of its 6,758 stores open. The gross margin, a closely followed metric for the retailer, improved to 59.% from 58.4%, beating estimates.

Inditex’s sales so far in the second quarter show a “strongly improving picture,” confirming the benefits of pent-up demand, James Grzinic, an analyst at Jefferies, wrote in a note. He said the better-than-expected gross margin helped offset an increase in operational expenditure.

Like all retailers, the lockdowns of the past year meant that Inditex had to face huge uncertainty surrounding inventories. This saw stockpiles in the first quarter rise 5% from a year earlier, though they were down 5% from 2019. Inventory management is the core element in Inditex’s strategy, as it sources more than half its products in Spain or nearby countries, rather than from Asia.

Net income rose to 421 million euros ($513 million) in the quarter through April from a loss of 409 million a year earlier. That beat analysts estimates.

Sales rose to 4.94 billion euros in the first quarter, beating the 4.88 billion-euro estimate.

Online sales grew 67% in the quarter in constant currencies.

--With assistance from Lisa Pham.