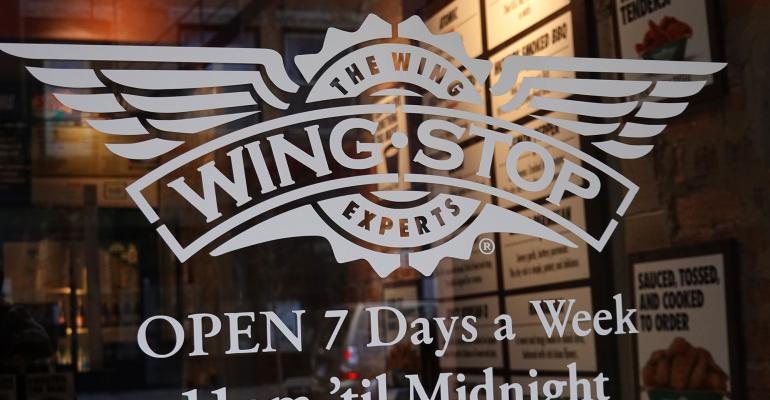 Wingstop will run Thighstop as a virtual brand out of its 1,400 U.S. restaurants.

(Bloomberg) -- Wingstop Inc. is paying more for chicken wings, which are increasingly hard to come by. In response, it’s creating a new delivery and carryout brand, Thighstop.

The move will let Wingstop save money by buying whole birds, instead of just the wings and breasts, which are seeing supplies dwindle amid a dearth of staff at chicken-processing plants.

“It will allow us to buy the whole chicken,” Chief Executive Officer Charlie Morrison said in an interview. “There’s a real supply constraint out there and it centers on the availability of workers to actually process the chicken. The amount of chickens that are being put in the supply chain is actually far lower than it has been in the past. It makes it a little trickier for us.”

The Dallas-based company, which has traditionally used breast meat to create boneless chicken offerings, will use more parts of the chicken with the whole-bird strategy and is working with suppliers and distributors “to ensure there is minimal to no waste.” The company said late last year it was testing the use of thighs in order to stabilize costs.

Wingstop will run Thighstop as a virtual brand out of its 1,400 U.S. restaurants and sell bone-in and boneless thighs alongside fries and corn. That will will help contain rising prices, Morrison said, capping any menu hikes at their normal 1% to 2% annual increase.

Across the industry, restaurants are facing rising costs for key ingredients along with higher wages, and this is driving up prices for consumers. Chicken prices for producers jumped to an all-time high last month, climbing 2.1% in the eighth straight monthly increase. The surge comes after fast-food chains McDonald’s Corp., Burger King and KFC recently introduced new chicken sandwiches to rival Popeyes’ fried-poultry hit that went viral in 2019.

Wingstop, which previously bought cut-up chicken parts in lieu of whole birds, has added new suppliers to make sure it can meet demand. The chain, which is 98% franchised in the U.S., is seeing record-high prices for bone-in wings right now, Morrison said. Selling thighs will help, he said: “It is a strategic supply-chain move.”

U.S. consumers are warming to dark meat, especially as prices creep upward in the grocery store. Bone-in leg prices were $1.59 a pound in May, data from the Bureau of Labor Statistics show, less than half the $3.37 commanded by boneless breasts. Retail prices for a whole chickens were $1.49 a pound.

During the pandemic, wing sales -- and prices -- soared, buoyed by Americans looking for takeout and delivery-friendly fare. Domino’s Pizza Inc. and Chili’s-owner Brinker International Inc. got in on the wing frenzy by increasing their offerings.

Thighs are considered juicier than other poultry cuts and have more meat than wings. Wingstop, which has experimented with different cuts in the past, is hopeful that thighs can become a permanent part of the menu, Morrison said.

“Too often these days, thighs are stuck in the bottom of a bucket of chicken,” he said. “We believe that we can finally give thighs the focus and attention they deserve.”