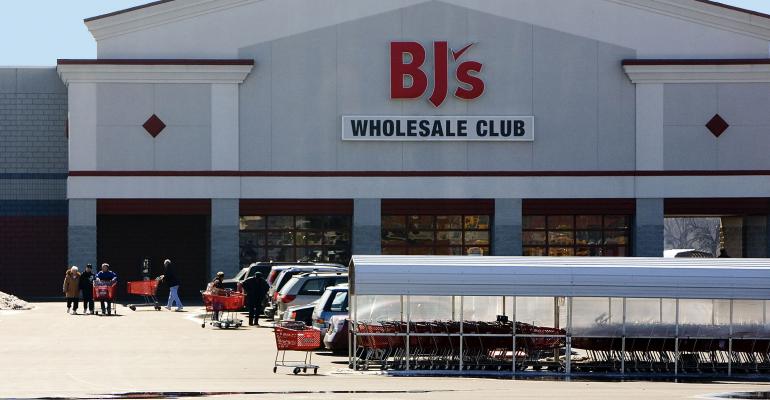 Why Would Amazon Want to Buy BJ’s Wholesale Club?

On the surface, Amazon does not have anything meaningful in common with BJ&rsquo;s Wholesale Club&mdash;or any other wholesale club operator&mdash;to support an acquisition.

BJ’s Wholesale Club is in the spotlight, with a news report claiming that the Westborough, Mass.-based company might be up for sale, and that Amazon may be a bidder.

The question for retail industry insiders is: What would attract an industry disrupter like Seattle-based Amazon to a company that is ranked third among wholesale clubs, operates brick-and-mortar stores concentrated in the Northeast and has not been able to fully leverage the advantages of the wholesale club sector?

“I would be really surprised should that transaction occur,” says Jan Kniffen, CEO of J. Rogers Kniffen Worldwide Enterprises, an equity research and financial and management consulting

firm specializing in retail. He adds that BJ’s Wholesale Club did not go public because of concerns that it would not have been able to achieve a strong multiple as a public company.

On the surface, Amazon does not have anything meaningful in common with BJ’s Wholesale Club—or any other wholesale club operator—to support an acquisition. BJ’s Wholesale operates out of massive warehouse spaces easily spanning 100,000 sq. ft. It is not a traditional retailer, but it still depends on brick-and-mortar spaces to connect with customers, unlike Amazon.

Despite initial surprise about the report, however, Amazon has more in common with its brick-and-mortar competitors these days, and has adapted several operational tactics that draw similarities to that of Issaquah, Wash.-based Costco, and Sam’s Club of Walmart, headquartered in Bentonville, Ark.

Much of Amazon’s business is now driven by its membership service Amazon Prime, which offers free two-day shipping on 50 million items. It has that aspect of its operations in common with wholesale clubs like Costco and Sam’s Club. For its part, Sam’s Club has struck back by offering free two-day shipping “on millions of items.”

Costco is widely regarded as one of the most efficient operators in the retail sector, with Walmart being the only exception. Amazon continues to aim for greater efficiencies, especially in the area of delivery. It recently expanded Prime Now to 18 additional cities, enabling some members to get deliveries within two hours of placing their orders.

“They do not have the same credit profile as Costco, Sam’s Club or Walmart,” says John Feeney, vice president at the Boulder Group. “Also, they are not as well-known a brand.”

Down, but not out

Other wholesale club operators might have been able to resist Amazon’s onslaught, but BJ’s does not necessarily share in that advantage, according to retail industry observers.

BJ’s was the first wholesale club to begin operating in the Northeast, a region with tough barriers to entry because of the scarcity of real estate needed to operate massive warehouse operations.

“It was protected for a long time,” Kniffen says. Unfortunately, BJ’s has not reinvested in the business to the same extent that Costco had over the years, he notes.

That lack of reinvestment might be exacerbated by the company’s current credit position. In September 2011 the company was bought out by private equity firms CVC Capital Partners, based in New York City and Los Angeles-based Leonard Green & Partners, and has since then paid $1.8 billion in dividends to shareholders.

The latest dividend, totaling about $700 million and completed in January, is a continuation of a highly aggressive financial policy, according to Moody’s Investors Service. The rating agency maintains a B3 corporate rating on BJs, which is not investment grade.

Whether Amazon makes a play for BJs or not, the wholesale club still has improved operating performance and reduced leverage in recent years. That helped create a cushion for the dividend payout in January, according to a statement from Moody’s.

But with competition only intensifying, investors will have to wait and see whether that cushion is enough to sustain BJ’s into the future, independently or otherwise.

Investors’ main concern would be how the properties are handled should any other buyer emerge, Feeney says.