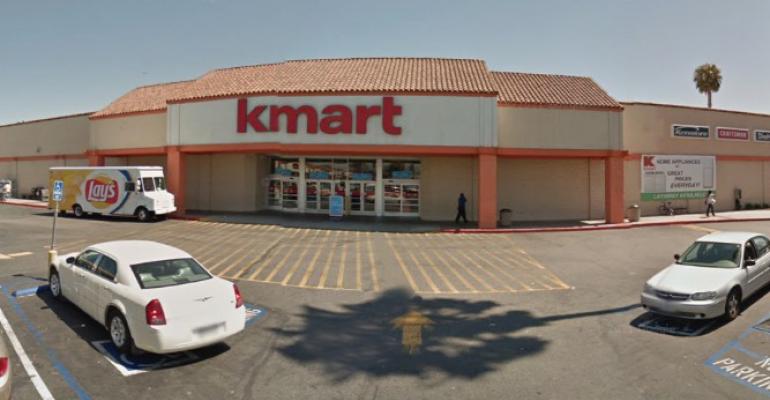 What Will Happen to All of the Vacant Sears/Kmart Boxes?

While some boxes will be retrofitted, others will be razed as it may be cheaper and easier to start over. Meanwhile, the weakest locations may sit vacant for years.

While Chairman Eddie Lampert and his hedge fund ESL Investment managed to buy Sears out of bankruptcy and avoid liquidation—saving about 400 Sears stores—the looming question is what will happen to the hundreds of other shuttered Sears and Kmart locations around the country.

Sears Holdings Corp., which owns Sears and Kmart stores, filed for chapter 11 bankruptcy protection last October after facing years of plummeting sales, while being saddled with a huge debt load.

NREI reported in October that if Sears liquidates, it would flood the market with around 100 million sq. ft. of vacant retail space.

The giant department store chain has closed hundreds of stores over the past few years, shuttering its weaker-performing units first, many located in tertiary or rural markets where it will be tougher to find users to take over the massive big boxes. Industry experts say the weakest locations could stay vacant for years.

“The impact of the vacant Sears and Kmart boxes is going to be tremendous on the market because the majority are old and functionally obsolete,” says Lauren Leach, director of real estate advisory services at Birmingham, Mich.-based consulting and advisory firm Conway MacKenzie. “They’re over 100,000 sq. ft. to 200,000 sq. ft. in some cases. The Sears stores are often two-story buildings, so retrofitting is going to be really difficult—not only because they’re old and functionally obsolete, but because there are very few concepts that are big enough to backfill them.”

Many retail operators want smaller formats, meaning vacant spaces would likely need to be subdivided to accommodate several tenants. Repurposing space is expensive, however. A landlord of an already struggling mall may not have the capital to do what it takes to sign a new user.

“Landlords will consider demising spaces for multiple users, but that’s a really expensive endeavor,” Leach says. “A lot of it’s going to depend on whether the location is freestanding or contiguous and part of an overall development. That’s going to be a major differentiating factor for landlords.”

Many landlords of strong-performing malls are relieved that they can finally backfill a struggling Sears store, which hasn’t been driving foot traffic to their property.

These owners are “thrilled to have these boxes back,” Leach says. She notes most Sears’ leases are so old that the rates are artificially low; they’re well below market in terms of 2019 standards.

“Getting the space back allows landlords the opportunity to secure new users at market rates, and the new uses will undoubtedly be more exciting than a Sears or Kmart was and bring more traffic to the center,” Leach adds.

Deep-pocketed landlords and real estate companies have been acquiring Sears and Kmart boxes with plans to retrofit and backfill them. However, in some cases, experts say razing the boxes and redeveloping the sites might be cheaper and easier.

It has been reported that Amazon is eyeing closed Sears and Kmart stores to expand Whole Foods.

“It’s a smart move on Amazon’s part and it’s very calculated because they can come in with leverage,” Leach says. “If you’re a landlord and you don’t want to pay to demise or demo and build a new building, you have a bird in the hand when Amazon comes to you and says, ‘We’ll take your space as is. Just give us a bunch of money for TIs or landlord’s work.’ In many cases, that’s easier for a landlord.”

NREI took look at some success stories of Sears/Kmart stores being retrofitted.

Gold’s Gym opened a 53,000-sq.-ft. gym on the upper level of a former Sears store at the Galleria at Crystal Run in Middletown, N.Y., and is eyeing more empty Sears stores.

A three-story Life Time with a rooftop pool is being developed on the site of a former Sears Auto Center at Brookfield-owned Oakbrook Center in Chicago.

Seritage Growth Properties—a Sears spin-off focused on real estate redevelopment—and Equinox Fitness partnered to transform a former Sears store and Auto Center at Westfield UTC in La Jolla, Calif. The store and auto center are being repurposed into The Collection at UTC, which will be an upscale live/work/play environment. The two companies say they will partner on other Sears store conversions.

In other examples of retrofits, Seritage is transforming a former Sears in downtown Santa Monica, Calif., into a 100,000-sq.-ft. creative office and retail destination called The Mark 302.

In Bloomfield Hills, Mich., a former Kmart was converted into an At Home. A U-Haul is moving into a vacant Kmart space in Des Moines, Iowa, and a former Kmart in Blaine, Minn., is being retrofitted for an Auto Zone and Xperience Fitness.

Medical and wellness is hot use

UF Health will move into the former Sears space in the Oaks Mall in Gainesville, Fla., following a complete retrofit. Also, a vacant Kmart in Little Rock, Ark. will be redeveloped into the $35 million “Premier Medical Plaza.”

More healthcare is moving to retail locations to be closer to patients.

There’s a “massive movement in wellness today,” and some retail boxes are being converted into this opportunity for health and wellness, says Anjee Solanki, national director for U.S. retail services with real estate services firm Colliers International. “In the last eight months, I’ve seen more LOIs specific to healthcare and that wellness space.”

That sector could include everything from traditional healthcare clinics to modern acupuncture and IV vitamin therapy concepts.

Tear down and start over

In some cases, it makes more sense to raze the Sears and Kmart stores and repurpose the sites into uses like hospitality, office, entertainment or residential.

“Many landlords will choose to demolish the boxes rather than reuse them, especially if they’re freestanding,” Leach says. “Given the age and size of the boxes, it’s just easier, and in many cases just as cost-effective, to start from scratch. Doing so would really allow other asset classes like office and hotels to build on that dirt.”

For example, the former Sears store was scraped at Eden Prairie Center in a Minneapolis suburb, and the site is being redeveloped for a Scheels destination superstore.

Also, a multimillion-dollar redevelopment of a former Sears and tire center in Little Rock, Ark., is underway, and the 30-acre site will become home to new restaurants, shops and hotels.

These redevelopments fit within a larger trend toward making shopping more of an experience.

“That’s really the trend for all retail real estate now,” Leach says. “Everything you’re hearing about and reading about is finding ways to bring customers to the mall for an experience rather than just to shop.” Now, the malls have to have a restaurant, entertainment uses and some type of technology-related experience to get people to come and stay rather than sit at home and shop online.

“Landlords that have a Sears are going to be challenged to find those entertainment uses to backfill what Sears once occupied,” Leach adds.