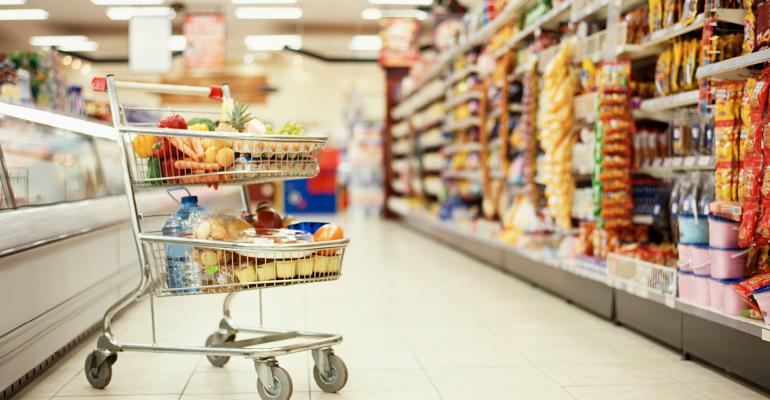 What’s the Outlook for the Grocery Sector in the Age of Amazon?

Pressures within the sector are already being felt.

Nearly one year after Amazon’s acquisition of organic grocer Whole Foods, the grocery-anchored shopping center sector, typically viewed as more “Internet-proof” than other segments of retail, has taken greater strides to boost its omni-channel offerings.

So far, the acquisition has not been overtly disruptive to the grocery industry, experts say. However, some grocers are still working to hedge any long-term effects of the deal, particularly as smaller chains struggle to keep up with technological pressures and price competition intensifies. These factors could lead to continued consolidation of smaller grocers and increased investor scrutiny of grocer tenants, according to those in the industry.

“There’s been a limited short-term impact on existing brick-and-mortar grocers,” says Joseph McKeska, president and co-founder of Elkhorn Real Estate Partners, which provides advisory and investment services for those in the retail real estate sector.

There still could be a greater impact should Amazon look to expand its brick-and-mortar food footprint, McKeska says. That’s what’s triggered some grocers to improve now, even if it hurts their bottom lines in the near future, “in anticipation that Amazon is going to become more aggressive over time,” he says.

But to start, it appears the union of the online retail giant and Whole Foods, which has some 480 stores in North America and the U.K. and is known for its focus on organic fare and higher-than-average prices, was to improve Amazon as a retailer by giving it more of a physical foothold, says Theresa Johnson, senior vice president of retail investment sales at Avison Young, a real estate services firm. The move comes as there has been increasing competition between Amazon and Walmart. Walmart operates more than 4,100 stores in the U.S. and acquired e-retailer Jet.com in 2016 for $3.3 billion.

The acquisition of Whole Foods also allowed Amazon to tie discounts related to its Prime customer loyalty program to the grocer. “The Amazon acquisition was more of a play to get people more embedded into the Amazon model,” Johnson says.

Other grocers have taken notice. Prior to the transaction, many brick-and-mortar chains were already working on improving their omni-channel services. But the partnerships and services offered only seemed to escalate in the months since the deal’s announcement.

Kroger, for example, which operates some 2,400 stores across the U.S., introduced a partnership with online grocery service Ocado and expanded its partnership with Instacart, a customer delivery service. In its first quarter earnings release, Kroger reported it grew its digital sales by 66 percent during the quarter. Meanwhile, Walmart, which has announced partnerships with delivery companies Postmates and DoorDash, reported that its e-commerce sales grew by 33 percent in the first quarter of 2018.

Indeed, it appears there is growing consumer demand for these types of services. A report from analytics firm Nielsen found that 23 percent of shoppers in the U.S. purchased groceries online in 2016, which is 20 percent more than two years prior. The firm estimates that between 2021 and 2023 total online grocery spending in the U.S. will hit $100 billion. And according to a survey Nielsen conducted, 69 percent of households said home delivery models appeal to them.

Grocers have also started to reinvest more into their physical stores and some have pulled back on expansions. A report from real estate research firm JLL found that grocery store openings were down 28.8 percent from 2016. Investment sales in the grocery-anchored shopping sector remains strong, however, as in 2017 the sector saw sales growth of 5.3 percent, the report stated. That may be because property fundamentals are still strong. While the retail sector overall has struggled, the occupancy rate for neighborhood centers was close to 93 percent in the second quarter, up from 92.4 percent year-over-year, according to research firm CoStar. Rents for the sector grew by 1.9 percent year-over-year.

Nevertheless, the grocery market is oversaturated with stores—whether its non-traditional grocers like Walmart expanding or traditional players overtaking existing chains—and that could trigger more chains to concede market share, wrote Suzanne Mulvee, director of research at CoStar, in an email. “There is not enough room for all of these players to succeed, and chains will continue to be displaced by those with a better business model. A bigger shift to e-commerce in this sector will lead to even more consolidation,” she wrote. Most at risk from these pressures are middle-market grocers, or those that favor trade areas with $50,000 to $70,000 in median household income (think Aldi and Kroger).

“It was a warning shot across the bow, as they say, and each of the stores has reacted in their own ways,” says Joel Murphy, CEO of New Market Properties LLC, of the Amazon deal. New Market, an Atlanta-based owner and operator of 41 grocery-anchored shopping centers in seven Sun Belt states, has been working with its grocers to modify its centers’ common areas if needed to help grocers facilitate these offerings, for example with expanded refrigerated sections, Murphy says.

Meanwhile, some of the smaller grocers who may have already been struggling may not have the capital resources to implement the costly infrastructure needed to be competitive in the online world, Murphy says.

And pressures within the sector are already being felt. The Fresh Market Inc., a grocery chain based in North Carolina that was acquired by private equity firm Apollo Global Management for about $1.36 billion, announced recently that it is closing 15 underperforming stores across the country. Southeastern Grocers, the parent of Winn-Dixie, announced in March that it was closing 94 stores in the U.S. and filing for bankruptcy. And Tops Markets LLC, a regional player, said it to was filing for bankruptcy amid increasing price pressures from Amazon and debt, Reuters reported.

With Amazon now playing in the grocery sector, consolidation in the space, particularly as smaller, regional grocers are pushed out of some markets, may only continue. The deal not only intensified a price war that had been long felt throughout the industry, but also introduced a technology war, says Jeffrey Edison, CEO of Phillips Edison & Company, which operates hundreds of shopping centers across the country. Now investors will have to be more selective about the grocers they have in their tenant mix; the grocers who are not investing in technology will have a good chance of being left behind, Edison says. “It’s going to make it increasingly important on who you bet on for your anchors,” he notes.

Aside from watching grocers adapt to these new pressures, Edison says his firm is also avoiding tenants that are backed by private equity firms. News has abounded in recent years of retailers in other sectors that have been acquired by private equity, taken on a lot of debt and subsequently closed many stores or filed for bankruptcy—Toys ‘R’ Us being a prime example. “We don’t believe leverage in the retail business works over a long period of time,” Edison says, as it deprives retailers of the ability to reinvest in their stores. “It’s very destructive,” he adds.