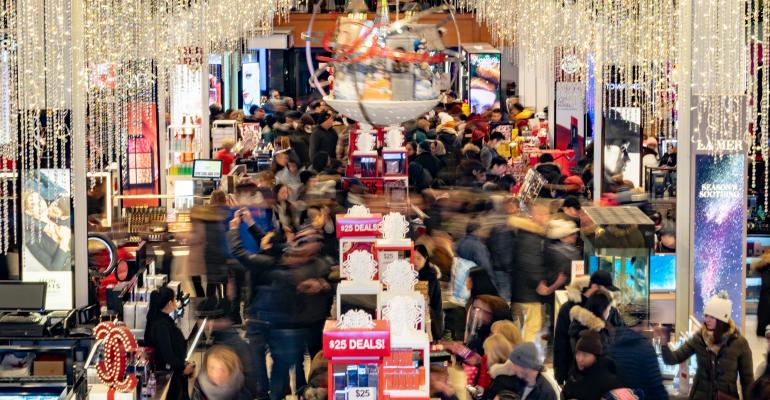 U.S. Consumption, Incomes Pick Up in Sign of Holiday Cheer

(Bloomberg)—Americans’ spending picked up in November and income gains topped projections, offering hope for a solid holiday-shopping season and indicating household consumption will continue to be the economy’s main driver at year-end.

Purchases, which account for about two-thirds of the economy, rose 0.3% from the prior month after adjusting for inflation, following a 0.1% increase in October, Commerce Department data showed Friday. That exceeded the median estimate in a Bloomberg survey of economists, while the nominal spending gain of 0.4% matched forecasts.

Consumers have carried the economy in 2019 amid fluctuations in trade policy, weakness in manufacturing and a pullback in business investment. While spending may still cool from robust gains in the previous two quarters, the figures suggest Americans can continue to fuel the record-long expansion next year amid a strong job market.

A separate report Friday from the University of Michigan showed consumer sentiment in December increased for a fourth month to the highest level since May, though was little changed from the preliminary reading.

Nominal personal income rose 0.5% in November from the prior month, exceeding the median estimate for a 0.3% gain, with wages and salaries advancing a healthy 0.4%. Inflation-adjusted disposable income rose 0.4% following a 0.2% drop in October, while the personal saving rate rose to 7.9%.

The gain in November spending was driven by new motor vehicles and health care, according to the report. The figures indicate consumption is stabilizing following softer-than-expected retail sales across some categories earlier this month.

“The November personal income and spending data, coming on the back of an upward revision to third-quarter personal consumption, suggest that household spending will remain solid even as it moderates in the current quarter and likely going into 2020.”

Inflation remained short, though, of the Federal Reserve’s goal despite three interest-rate cuts this year. The personal consumption expenditures price gauge, which the Fed officially targets for 2% inflation, rose 0.2% from the prior month and 1.5% from a year earlier, with the annual change slightly above projections.

The core PCE price index, which excludes food and energy, increased at a 1.3% annualized rate over the past three months, though the 1.6% rise from a year earlier was above forecasts. Policy makers view the core gauge as a better indicator of underlying price trends and have said they’re also aiming for it to rise 2%.

The University of Michigan survey showed U.S. consumer expectations for inflation over the longer term fell to the lowest on record at 2.2%.

A separate Commerce Department report out earlier Friday showed Americans’ spending grew by more than previously reported in the third quarter, a change offset by a drag in inventories that left economic growth at a still-healthy but unrevised 2.1%.

To contact the reporter on this story: Reade Pickert in Washington at [email protected].

To contact the editor responsible for this story: Scott Lanman at [email protected]