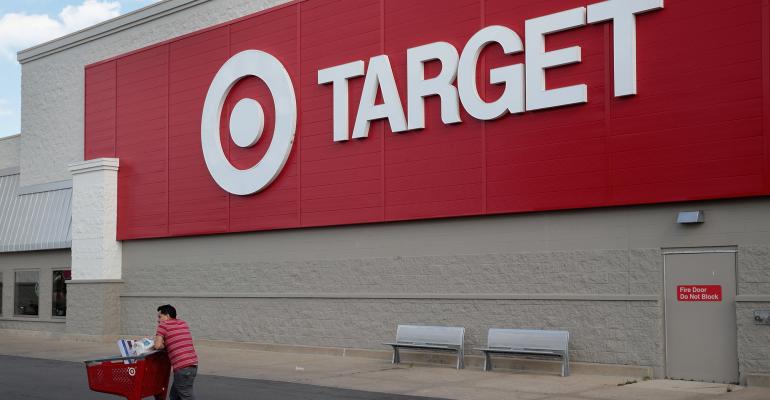 Target Extends Local-Delivery Bet With Hubs in Chicago and Denver

Paring costs is increasingly important as e-commerce becomes more popular and accounts for a larger part of revenue.

(Bloomberg) -- Target Corp. will open three new package-sorting centers during the next year -- two in greater Chicago and one in the Denver area -- to further its strategy of using stores to handle online orders.

The expansion will give Target nine of the mini-warehouses in the US, and more are planned for the coming years, according to a company statement Monday. The hubs, which receive goods from stores and forward them to customers, are designed to speed local deliveries and cut the shipping costs that typically make online orders less profitable than in-store sales.

For Target, fulfilling online orders from stores yields savings of about 40% per package compared with shipping them from big distribution centers. Using sorting hubs eases the burden even more, and surging digital sales since the start of the pandemic are pushing the retailer to add more of the facilities as it vies for online orders with the likes of Amazon.com Inc. and Walmart Inc.

“The biggest part of fulfillment costs is shipping,” Target Chief Operating Officer John Mulligan said at a recent briefing for reporters. “Stores are the asset, they’re close to consumers. We continue to believe they are the fastest way to fulfill, and the cheapest.”

Paring costs is increasingly important as e-commerce becomes more popular and accounts for a larger part of revenue. Target says it recorded an increase of almost $13 billion in digital sales from 2019 to 2021. While growth has slowed this year as more customers shop inside stores, the Minneapolis-based company is preparing for a continued long-term shift online.

But shipping orders directly to customers from the stores themselves clutters back rooms and leads to an inefficient use of space, said Mark Schindele, Target’s chief stores officer.

Thus the company’s focus on local hubs such as a 170,000-square-foot sorting center in Minneapolis. The warehouse receives merchandise from 43 stores and one dedicated fulfillment center, said Doire Perot, the manager. It opened in October 2020 and can now handle as many as 50,000 packages a day.

Inside, employees disassemble pallets of packages and put the parcels on a conveyor belt. Some will go to the US Postal Service, FedEx Corp. or United Parcel Service Inc. Target’s last-mile delivery service will handle others, which typically arrive a day after a customer places an order.

At 10:30 a.m. on a recent Wednesday, the sorting center’s outer doors opened and about two dozen automobiles entered a staging area. Their drivers were gig workers for Shipt, a delivery company Target bought less than five years ago. Warehouse employees arrived with packages and loaded them into the vehicles. The drivers then left to make their rounds.

On average last year, drivers made $25 to $35 an hour including tips and bonuses, but they have to pay for gasoline and provide vehicles. At the Minneapolis hub, Shipt-delivered packages are currently averaging about 12,500 a day.

In addition to Shipt, two other recent acquisitions play a key role. Target uses software from Grand Junction, a startup it purchased in 2017, to determine which goods can be efficiently handled by its own delivery service and which should go to outside transportation providers.

Target also bought technology assets from Deliv, another startup, in 2020. That software helps the retailer optimize delivery routes so that each driver has as many stops as possible on a given course.

“Density is what creates efficiency,” Mulligan said. “And efficiency is what takes out cost.”