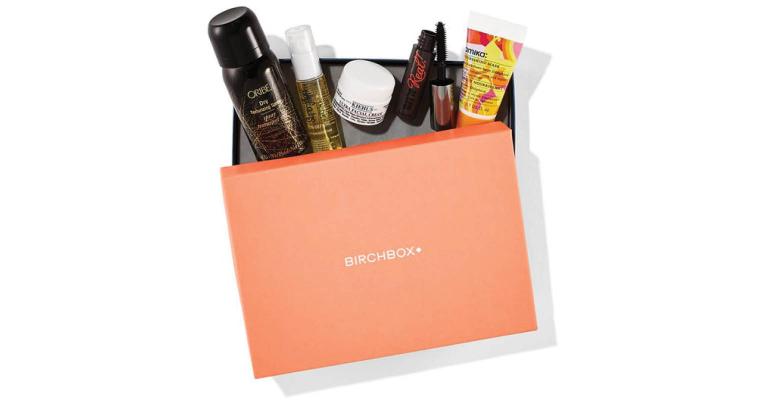 Subscription-Based Retailers Getting in on Physical Store Action

Can they use their millions of subscribers to drive bricks-and-mortar sales?

What do Birchbox, Adore Me, Rent the Runway, Frank & Oak and Fabletics all have in common?

Yes, they’re all digitally native brands, but more specifically, they’re subscription-based retailers that are counting on their built-in customer base and name recognition to open bricks-and-mortar stores across the country.

Birchbox’s second bricks-and-mortar store opened in Paris in 2017 after a number of successful pop-ups. Now the beauty brand is  partnering with Walgreens to create Birchbox-branded “in-store experiences” at select drugstores. Here, shoppers can test out the subscription box with interactive “Build Your Own Birchbox” stations where they can choose five samples to take home.

“It gives the consumer the ability to touch and feel and try on and for certain types of merchandise that really makes a difference,” she notes, pointing to clothes or shoppers seeing and feeling the texture of cosmetics. A physical store is the best way for the consumer to interact with these products, she says.

Elias Wein has visited the Birchbox store-in-stores in Chicago and New York.

“I think it’s a fantastic experience,” she says. “It’s a great way to interact with the Birchbox brand ambassadors, and it also gives a certain cache to Walgreens in their beauty department.”

Rent the Runway is on the move

High-end clothing subscription company Rent the Runway, best-known for renting designer dresses for special events and formal occasions, reportedly has 6 million members. The company hopes to acquire additional subscribers by opening more stores where customers can try on clothes before they rent them and drop off clothes they previously rented.

Rent the Runway recently received a new round of financing that increased its valuation to $1 billion, reported The New York Times. The company is also partnering with WeWork and Nordstrom to put drop boxes for rentals in select locations.

Additionally, Rent the Runway is offering items for home décor rental through a partnership with contemporary furniture retailer West Elm.

Fabletics, boasting 1.4 million subscribers, is an online subscription retailer that sells women's activewear. Co-founded by actress Kate Hudson in 2013, it recently made its New York City debut by opening a 2,743-sq.-ft. pop-up in Manhattan’s SoHo neighborhood.

The company currently boasts a fleet of 27 stores, and the SoHo pop-up will serve as a testing ground for future New York expansion, the retailer said.

In other activity, Adore Me, a subscription-based lingerie brand, opened its biggest store to date and its first outside of New York, at the Bridgewater Commons mall in New Jersey.

The 3,600-sq.-ft store—double the size of its first location in Staten Island, N.Y.—was developed in partnership with mall owner Brookfield and is part of a bigger plan to open some 300 stores in the next five years.

And Frank & Oak, an e-commerce based men’s clothing brand and monthly subscription service, opened its first permanent store in 2014 in Toronto and now has 22 locations throughout Canada. The fashion retailer has said it’s looking to open bricks-and-mortar stores in the United States.

At some of Frank & Oak locations, customers can book a barber, a stylist or a suit fitting.

In what some label a surprising move, the rental start-up acquired Lord & Taylor’s brand and inventory for $75 million from Hudson’s Bay Co. Canadian-based Hudson’s Bay will also receive an equity stake in Le Tote, two seats on its board and certain rights as a minority shareholder. The 38-year-old Lord & Taylor department store has been struggling in recent years.

According to a release, Hudson’s Bay will continue to retain ownership of all real estate related to Lord & Taylor, but starting in 2021, the company plans to reassess the use of Lord & Taylor stores and recapture certain ones to determine their best use.

“It’s a very unique deal and a unique value proposition to both companies,” says Vince Tibone, an analyst on the retail team of real estate research firm Green Street Advisors.

For Le Tote, Tibone says it’s an example of another digitally native retailer using bricks-and-mortar to accelerate growth. The transaction offers Le Tote the opportunity to merge its rental technology with more traditional retail, so it can make Lord & Taylor merchandise rentable, for example, or use its retail locations as drop-offs. Shoppers can also choose to buy the Lord & Taylor clothes or join Le Tote’s subscription list.

“Just given Le Tote’s business model, the subscription rental apparel, I think one thing that was inhibiting their growth was access to a wide variety of inventory, and one thing department stores have is a lot of inventory,” Tibone notes.

The motivation for Le Tote’s acquisition was likely to gain access to Lord & Taylor’s inventory in a manner that wouldn’t be available through organic growth, he says.

“Le Tote gets to experiment with bricks-and-mortar, but the reality is they’re getting free rent for three years, and then will probably close the stores right after the free rent burns off. In the meantime, they can sell [or rent] the inventory and they get to experiment.”

For Hudson’s Bay, the deal will allow the company to retain the valuable real estate and eventually redevelop most Lord & Taylor boxes.

“They can keep control of the real estate and really fully decouple the Lord & Taylor operating business, which is not profitable, is losing money and probably has a weaker outlook, and strip that business away from the real estate,” Tibone says.

He says in two to three years, most Lord & Taylor locations will likely be redeveloped into mixed-use or destination retail that will generate better returns. Some may be re-tenanted with restaurants, experiential retail ore expanding junior anchors.

“Hudson’s Bay clearly thinks that Lord & Taylor owns good real estate, and they should be able to make money redeveloping the majority of those locations,” he adds.

What’s the best means for subscription models to retain and acquire new customers?

“I think we’re going to come to find that the physical presence will be very important for getting new customers in the future, and there’s certainly an amount of subscription fatigue that comes with all of these services,” Elias Wein notes.

“Do I use the subscription enough? What if I put it on pause?” she says. “And I haven’t seen great data from these retailers when they tout all of their millions of subscribers as to how many of them are active every months vs. how many are on pause, which is possible for Birchbox, Rent the Runway, etc.”

Today’s customers want what they want, where they want it and when they want it, she adds, and sometimes that means being in the physical realm.

“And we know with certainty that the omni-channel customer is the most valuable customer.”