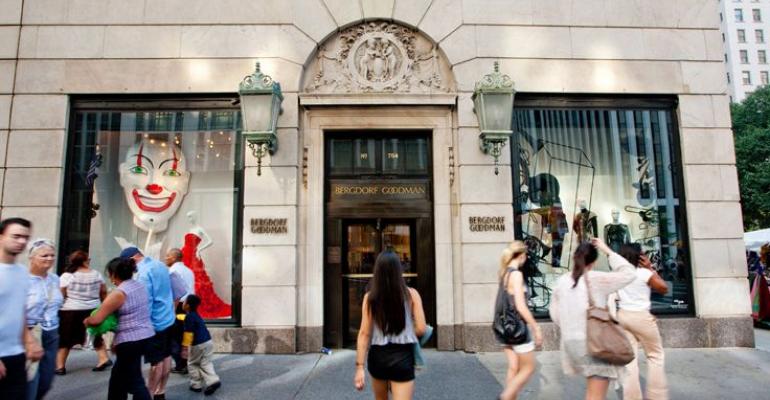 Before regional malls, grocery-anchored strips and outlet centers, there was street retail. Nearly every city, regardless of size, had a shopping district, maybe just one street or perhaps an entire neighborhood.

In many places, it fell out of favor and into disrepair as people abandoned urban centers and moved to the suburbs. But today, with Millennials and empty nesters moving back to the cities, more retail investors are looking at street retail, and those that have owned this type of asset for a while are increasing their allocation to it.

“We’ve been in the street retail for a long time, but it’s a greater focus for us now,” says Christopher Conlon, executive vice president and COO for Acadia Realty Trust. “Previously, street retail made up a much smaller percentage of our portfolio, but we chose to make it a big part of our growth plan coming out of the recession. It’s the kind of thing where the more you buy, the more you want to buy.”

“For the most part, we are investing in streets and markets where there has been traditional retailer success,” Conlon notes. “These streets are special. It’s hard to recreate them, and in many cases they’re hundreds of years old.”

Of course, Acadia isn’t the only company, or even the only REIT, that is actively pursuing street retail. General Growth Properties Inc. recently completed its biggest urban deal, the purchase of half the Crown Building on Manhattan’s Fifth Avenue, for $888 million. The Chicago-based REIT plans to expand the retail portion of the Crown Building anywhere from 25,000 to 125,000 sq. ft.

“Street retail is the ‘it’ thing, especially in REIT land,” says Alexander Goldfarb, managing director and senior REIT analyst with Sandler O’Neill + Partners LP. “And it’s not just retail REITs that are interested in street retail. It’s office and multifamily REITs too like Parkway Properties in Buckhead in Atlanta and Avalon Bay in Columbus Circle in New York.”

What makes street retail so attractive? The answer is simple, according to Acadia’s Conlon. “Demographics and retailer demand,” he says.

A majority of Millennials are opting to live in urban areas over the suburbs or rural communities, according to Neilsen’s recent report, “Millennials—Breaking the Myths.” Sixty-two percent indicate they prefer to live in the type of mixed-use communities found in urban centers, where they can be close to shops, restaurants and offices.

Millennials are currently living in these urban areas at a higher rate than any other generation, and 40 percent say they would like to live in an urban area in the future. As a result, for the first time since the 1920s, growth in U.S. cities outpaces growth outside of them.

Although some cities are known for vibrant street retail—New York, Chicago, San Francisco and Boston, to name just a few—more and more investors are broadening their definition to include smaller cities such as Savannah, Ga.

“We’ve always included ‘Main Street’ retail as part of street retail,” Conlon says. “It doesn’t have to be Madison Avenue in Manhattan or M Street in Georgetown [in Washington, D.C.].”

For example, Acadia has acquired 24 separate buildings on Savannah’s Broughton Street in the past 12 months. Since then, the REIT has inked new leases with J. Crew, Lulu Lemon, and L’occitane.

“Retailers are realizing that more people are living in urban areas, and they think it’s worthwhile to open more stores in these markets to take advantage of the demographics,” Goldfarb says.

As the U.S. emerged from the Great Recession, Conlon says Acadia paused to think about its strategy. “When the sun began to come out, we looked at the different flavors of real estate we owned—suburban shopping centers and street retail—and we realized something we didn’t appreciate until after the recession: street retail recovered sooner.”

“We decided to put ourselves in a position to capture that,” he explains, pointing out that most street retail contracts have 3 percent annual rent bumps. “Some places have had even stronger growth.”

In Miami Beach, Fla., for example, rents for street retail space along Lincoln Road have doubled over the past few years, Conlon says. “You don’t see that kind of growth in suburban markets,” he notes, adding that the REIT has no plans to abandon suburban retail. “Our expectations are just a lot more muted.”

Demand for street retail is particularly strong from international retailers looking to expand stateside. “Their strategy is to open in gateway cities like New York, Chicago, San Francisco and Miami, and more often than not, they choose street retail,” Conlon says. “They’re looking at these street retail stores as not just a store, but as a branding/marketing opportunity.”

However, Conlon is quick to point out that Acadia’s investment decisions aren’t driven by the current tenants in a particular street retail asset. “We’re never buying a retailer,” he says. “If we have a great retailer now, we have no expectations that it will always be a great retailer. We buy the street, the block and the building that we think is going to be attractive to the next great retailer.”