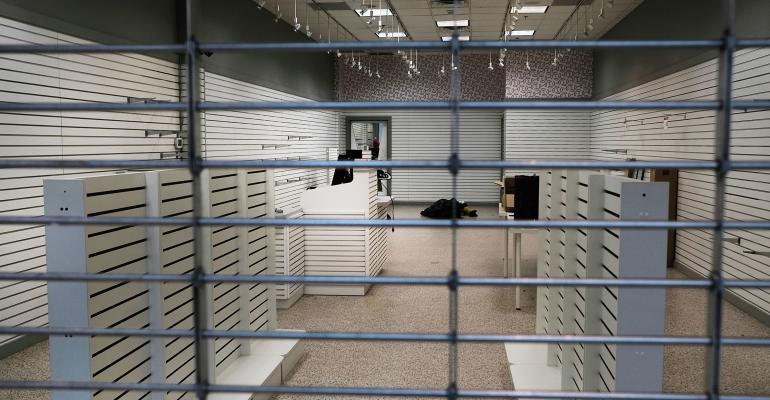 Store Closings Could Hit 12,000 By the End of the Year

Coresight Research reports that with 7,888 store closures already announced, this year could set a record for shuttered retail locations.

That number easily beats the 5,844 total store closures in all of 2018, which included all Toys ‘R’ Us stores, as well as hundreds of Sears and Kmart locations.

The record year for closures was 2017, with 8,139 shuttered locations. If the current frenzied pace continues, however, store closings could hit 12,000 by year-end, Coresight reports.

However, it’s not all bad news. In fact, it’s really a game of the “haves” and “have-nots,” because amidst the carnage, some retailers are flourishing.

For example, off-price players like T.J. Maxx and Ross Stores are expanding their footprints. Dollar stores are also in an expansion mode.

The liquidation of Payless, which shuttered its remaining 2,100 U.S. locations this summer, accounts for a huge chunk of the overall retail closings this year. It could mark the biggest-ever retail liquidation in the U.S. by store count. At its peak, the discount shoe seller operated nearly 2,500 stores.

The liquidation of Gymboree, Charlotte Russe and Shopko added another 749, 500 and 371 closures, respectively. (Charlotte Russe has since made a comeback under new ownership and is opening new stores).

Dressbarn will close all 650 locations and Charming Charlie’s will shutter its 261 stores, after each filed for bankruptcy protection. Barney’s New York and Perkins/Marie Callender’s each announced this month they’re filing for Chapter 11 and closing 15 and 29 locations, respectively.

Many retailers are overstored and closing underperforming locations as they seek that elusive, right mix of bricks-and-mortar and digital retail. Some are closing stores and reinvesting in other locations.

For example, Abercrombie & Fitch, which said it will close up to 40 more stores in 2019, is focusing on online sales and smaller store formats. It’s shuttering three flagship stores, including the one in New York, and revamping 85 others.

Walgreens will close 200 stores and CVS will shutter 46 locations as both say they’re rightsizing.

Pizza Hut announced it could close up to 500 dine-in locations and concentrate on its carry-out and delivery services. Dollar Tree will close as many as 390 Family Dollar stores and convert some 200 other locations to Dollar Tree stores.

The Gap is closing 230 stores over two years and spinning off its more successful Old Navy brand into a separate company.

Party City is shutting down 55 stores, targeting locations near other Party City stores to capture those lost sales and free up cash to expand into underserved markets.

Foot Locker is closing 165 stores and investing in upgrading its remaining stores. Lowe’s closed 20 unprofitable U.S. stores to focus on its most profitable locations and improve the health of its portfolio.

Meanwhile, Victoria’s Secret is shutting 53 stores and Office Depot/Office Max another 50 locations. GNC is closing 233 shops this year and up to 900 by the end of 2020. Chico’s announced 74 closures and as many as 250 over the next three years, and the list goes on.

Although still hanging on, bankrupt Sears continues to struggle. After closing hundreds of stores, it announced it will close another 21 Sears and five more Kmart locations in October.

J.C. Penney, which is said to be working with debt restructuring advisers, announced another 27 closures.

Macy’s is closing 13 stores this year, which is part of planned closures announced in 2016. The company reported a lower-than-expected performance in the second quarter of 2019.

And more stores are likely on the chopping block with fears of a recession looming and a tariff war. A report in May by UBS said tariffs on Chinese imports could put U.S. retail stores and sales at serious risk.

“The market is not realizing how much bricks-and-mortar retail is incrementally struggling and how new 25 percent tariffs could force widespread store closures,” UBS analyst Jay Sole wrote. “We think potential 25 percent tariffs on Chinese imports could accelerate pressure on these companies’ profit margins to the point where major store closures become a real possibility.”

How much is e-commerce to blame?

While the shift to online shopping is certainly a factor weighing on bricks-and-mortar retail, it’s not solely responsible for the current carnage. Retail experts say some retailers aren’t changing with consumers’ tastes. They’re overstored, outdated and irrelevant, and dealing with too much debt.

“In my opinion, e-commerce is only one contributing factor to the excessive number of store closures,” says Lauren Leach, director of real estate advisory services at consulting and advisory firm Conway MacKenzie. “Although trending upward, e-commerce sales account for only 10.7 percent of retail sales. That tells me there are a number of other factors influencing store closures.”

Many retailers are burdened with massive debt, according to Leach. Others have gone belly-up because they have failed to reinvent and stay ahead of the trends, such as incorporating experiential marketing or adjusting price points.

“We also saw many retailers take on rapid, aggressive expansion plans where they bit off more than they could chew,” she notes.

Plus, over the years, the market saw more and more competition within each retail category, Leach adds. Not everyone could survive.

Gabriella Santaniello, president and founder of retail consulting firm A Line Partners, agrees there are several factors at play. “There definitely has been a massive disruption, and I’m sure Amazon has been a huge disruptor, but you can’t just blame it on that,” she notes.

The retail sector is at a point where many retailers are overstored, she says. Ten to 15 years ago, the only opportunity for growth was opening stores and some brands expanded too fast. “A lot of people took on debt. It was just the mismanagement in that regard,” Santaniello notes.

On the positive side, internet-born brands have caught on, she notes. Digitally native brands “almost have a cult following and they’re gaining momentum and now dabbling in opening stores.” She points to Bonobos, Warby Parker and ThirdLove as examples.

The problem, Santaniello says, is that established retailers closing stores is so significant that the clicks-to-bricks brands aren’t enough to offset the decline. Other factors happening in the marketplace include changes in customer preferences, shoppers seeking experiences and the rental economy like Rent the Runway and Gwynnie Bee. “It’s just this massive sea change in retail,” Santaniello says, adding that it’s going to take a while to figure it all out.

It’s certainly not all gloom and doom as retailers have announced 3,239 store openings so far this year, Coresight reports.

Many off-price players offer the “treasure hunt” experience that shoppers can’t easily find online, and their inventory is continually changing. In the second quarter, TJX Cos.’ consolidated comparable store sales increased by 2 percent, though the growth was below the 6 percent increase in the same quarter a year ago.