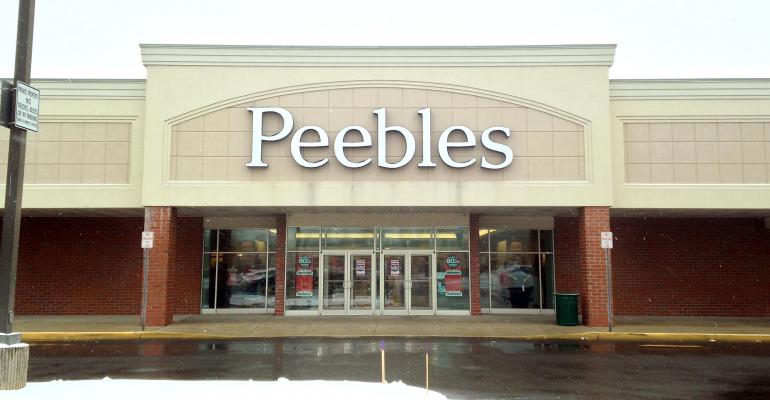 Stage Stores Files for Bankruptcy, to Wind Down If No Buyer

The company’s Chapter 11 filing in its home city of Houston listed assets and liabilities of between $500 million and $1 billion each.

(Bloomberg) -- Stage Stores Inc., the owner of rural department and discount stores including Goody’s, Peebles and Gordmans, filed for bankruptcy protection, adding to the toll of traditional retailers felled by too much debt and the economic shocks of the coronavirus.

The retailer will simultaneously seek buyers for parts or all of its business while it also begins to wind down operations, Stage Stores said in a statement late Sunday. It will start reopening stores that have been closed by the pandemic, with about 557 outlets scheduled to open May 15 to conduct liquidation sales.

The company’s Chapter 11 filing in its home city of Houston listed assets and liabilities of between $500 million and $1 billion each.

While the retailer had been seeking to bolster its financial position in recent months, “the increasingly challenging market environment was exacerbated by the Covid-19 pandemic, which required us to temporarily close all of our stores and furlough the vast majority of our associates,” President and Chief Executive Officer Michael Glazer said in the statement. “Given these conditions, we have been unable to obtain necessary financing and have no choice but to take these actions.”

As of 2019, Stage Stores was running more than 700 department stores in 42 states under banners that also included Bealls and Palais Royal, according to regulatory filings. Most of the department stores are in small towns and rural communities, while the off-price stores such as Gordmans are predominantly located in mid-sized, non-rural Midwest markets.

The company is composed partly of chains that previously went bust. Stage Stores was formed in 1988 when managers of Palais Royal and several venture capital firms acquired Bealls and Palais Royal, which date from the 1920s.

They bought Peebles Inc. in 2003, and added the “Goody’s” name in 2009 from Goody’s Family Clothing Inc. through a bankruptcy auction. In 2017, the company acquired some assets of Gordmans Stores Inc., also through bankruptcy.

A second group of about 67 stores are expected to reopen May 28 and the remainder will open on June 4, the company said in its statement. The company will stop winding down operations at certain locations if it receives a viable going-concern bid, it said.

Kirkland & Ellis is acting as the company’s legal adviser while PJ Solomon is its investment banker. Other professionals include Berkeley Research Group as restructuring adviser, A&G Realty as real estate adviser and Gordon Brothers Retail Partners, which will manage inventory clearance sales.

--With assistance from Dawn McCarty.

To contact the reporter on this story:
Rick Green in New York at [email protected]