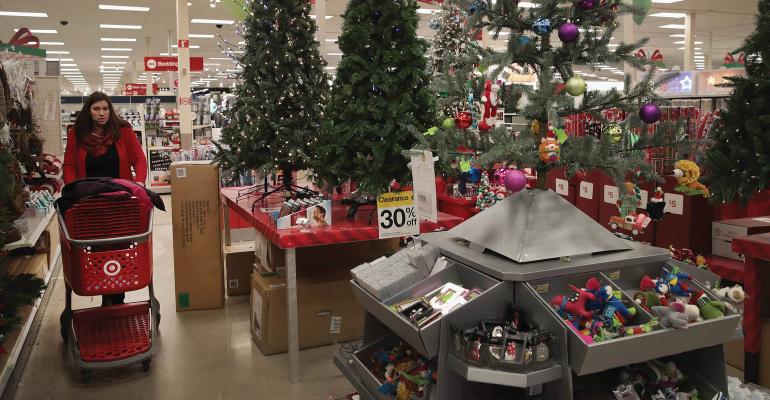 In Spite of Strong Consumer Sentiment, Retail Defaults in 2018 Have Outpaced the Worst Years of the Financial Crisis

The retail industry is on track to close out the year with a similar number of store closings as in 2017.

Despite the fact that the economy is in robust health and U.S. retail sales this holiday season are expected to increase by 4.8 percent over 2017, some retailers are still floundering. They have a lot riding on this upcoming holiday shopping season.

Following a record year of retail bankruptcies in 2017, the carnage continues with more bankruptcies this year as consumer shopping habits have changed and the sector feels the impact of some brick-and-mortar retailers that expanded too aggressively.

Meanwhile, other retailers that have adapted and are flourishing.

“A lot of what we’re seeing is the haves and have-nots,” says Robert Schulz, managing director and U.S. retail sector lead at S&P Global Ratings. “We’re in a very good economic environment. We have a relatively favorable view of the prospects for this holiday. Retail sales are growing, but you still have a bunch of companies struggling.”

“We are in the middle of a very significant restructuring of retail, where we are seeing weaker competitors and debt-laden companies fail,” adds Neil Stern, senior partner at Chicago-based consulting firm McMillan Doolittle. “This has been exacerbated by two major factors: the rise of e-commerce coupled with too much retail space in the U.S.”

How many store closings are taking place?

According to Coresight, so far this year, 16 major U.S. retailers have filed for bankruptcy protection. There were 22 bankruptcies of major U.S. retail chains in 2017. Recent examples include the liquidation of Toys ‘R’ Us, resulting in the closing of 881 stores, and Bon-Ton Stores going bankrupt, shuttering 260 stores.
Sears Holdings Corp. filed for Chapter 11 in October and will close an additional 472 Sears/Kmart stores this year, reports Coresight. Sears Chairman Eddie Lampert is fighting to keep the company alive, but a group of the company’s creditors say they’d be better off if Sears called it quits.

Mattress Firm filed for bankruptcy and plans to close up to one-fifth of its 3,230 stores.

David’s Bridal is preparing for a possible bankruptcy filing if it’s unable to reach an out-of-court deal with its creditors. It recently missed a $270 million loan payment.

“Major closures that hit[the industry] included Toys ‘R’ Us, Bon-Ton, Brookstone, Sears, Mattress Firm, etc.,” Stern says. “All of these are Chapter 11 or Chapter 7. But we also saw lots of closures from ‘healthy’ companies like Walgreens, Macy's and Lowe’s, who are trimming the fleet.”

Lowe’s announced it will be closing 20 underperforming U. S stores by Feb. 1, 2019; a majority of these stores are located within 20 miles of another Lowe’s location.

“The store closures are a necessary step in our strategic reassessment as we focus on building a stronger business,” said Lowe’s President/CEO Marvin Ellison in a statement.

Walgreens will close 600 stores following its acquisition of Rite Aid stores. Most are Rite Aid locations near existing Walgreens stores as the retailer looks to optimize its footprint.

Macy’s is positioning itself for the future including adding value initiatives like Macy’s Backstage.

“After several years of significant downsizing, our store fleet is now well-positioned to serve our customer,” Macy’s CEO Jeffrey Gennette told Wall Street analysts. Gennette characterized 2018 as “an investment year for Macy's as we chart our path to sustainable, profitable growth.”

Nine retailers have defaulted on their debts so far in 2018, according to S&P. That makes 20 that have defaulted since the beginning of 2017, including significant players like Sears, Bon-Ton and Payless ShoeSource.

Even during the peak of the financial crisis, there weren’t this many defaults. Six retailers defaulted in 2009 and 2010 each.

Consumer confidence is high, yet many retailers are still faltering, notes Schultz.

“We’ve had record defaults and a huge numbers of downgrades in a strong economy,” he says. “We think the ongoing structural changes in the retail space are going to remain challenging, and the question becomes when do we go into the next recession, and how long do these companies have to adjust their business models and right-size their footprint, and in some cases, get their leverage down before we hit the next soft spot in the economy?”

S&P has downgraded more than 100 retailers since January 2017. About 18 percent of ratings are CCC+ or lower. These are companies that the ratings agency believes have unsustainable capital structures and could default.

Some struggling retailers will take ‘final gasps,’ others continue right-sizing

“As we look at 2019, some of these trends will continue, particularly as we go through the final gasps of some of these companies, and some other struggling retailers who will need to restructure,” Stern says. “The hope is that the industry will ‘right-size’ itself at the end of all of this.”

Schulz agrees, saying “footprint reduction” is an ongoing theme for most retailers. “If you have fewer stores, some of that money you can then reinvest in e-commerce and other parts of your merchandising strategy,” he says.

Best Buy is a good example of a retailer that’s adapted and invested in e-commerce, especially since the consumer electronics sector is in contraction mode. Most of its competitors have fallen by the wayside, yet the retailer has managed to use its store footprint to offer “stores within stores” and high-touch customer service with the Geek Squad and price match, Schulz says. The retailer is closing its 250 mall-based, mobile phone stores in the U.S., and instead, focusing on new sources of growth, including space for partners like Apple and Amazon in its stores.

CoreSight reports that year-to-date, there have been 3,060 announced U.S. store openings.

“Anything that’s value-focused, treasure hunt, discounters—those companies have all done pretty well,” Schulz says. “The retail consumer still has this post-financial crisis mentality 10 years later, and the business models of the successful companies have addressed that.”

Off-price department stores fit into the value category as well, with retailers like Ross Stores, TJX Cos. and Burlington expanding. Ross, for example, is opening about 100 new stores in 2018 and TJX Cos. will open 87, Coresight reports.

Digitally native brands such as Casper, Everlane, Allbirds, Bonobos, Untuckit, Warby Parker, Fabletics and Amazon are growing as well, as they develop an omni-channel approach.

“They’re all taking varying sizes and qualities of real estate,” Stern says of expanding retailers. “The underlying theme is one of bifurcation. High quality, [class]-A real estate is continuing to draw interest, as well as value-driven retail locations.”

There will likely be continued defaults in 2019, Schulz says. “Maybe not record defaults, [however],” he notes. “The companies that have adjusted their business model and continue to adjust it properly, they should do fine.”

He adds that all the store closures and defaults cannot be blamed on competition from Amazon and its peers.

“A lot of these companies were just behind figuring out what the customer wanted,” Schultz says.