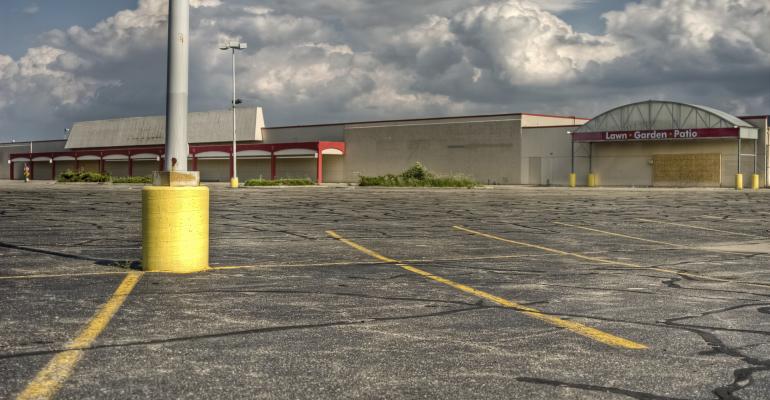 (Bloomberg)—A hedge fund’s long-held bearish bet on the demise of America’s malls sparked its biggest gains ever last month as the Covid-19 pandemic shut down much of the U.S. economy, threatening commercial landlords.

MP Securitized Credit Partners returned a net 47.9% in March in its $162 million flagship vehicle at a time when many other firms that bet on structured credit have nursed big losses. Its wagers against the derivatives index known as CMBX 6, which is heavily exposed to mall debt, helped to offset declines on the fund’s holdings of commercial mortgage-backed securities, according to an investor letter seen by Bloomberg.

Marc Rosenthal, the firm’s chief investment officer, declined to comment beyond the letter.

Rosenthal and Noelle Savarese co-founded MP in 2008 as a unit of FrontPoint Partners, the hedge fund where Steve Eisman made bearish bets on subprime mortgage bonds featured in Michael Lewis’s “The Big Short.” At the time, the MP founders focused on distressed mortgage-backed securities.

The junk-rated slice of the CMBX 6 index plunged as much as 43 points in March to a record low of about 41 points, according to prices from ICE Data Services. The fund made long and short bets over the course of the month and reduced its overall exposure to the trade as the index bounced back to 62 at the end of the month, according to the letter. The index was quoted at 49 points Thursday.

Betting on the future of malls via CMBX 6 has been a popular trade for hedge funds and other asset managers since 2017, when firms including Deutsche Bank AG and Morgan Stanley recommended shorting it amid a wave of retailer bankruptcies. The credit-default swaps indexes, the first of which were created in 2006, are tied to commercial real estate of all kinds. But traders have viewed Series 6 of the index, linked to debt issued in 2012, as having particularly high exposure to shopping malls.

While the index initially dropped through 2017 as retailers from Toys “R” Us Inc. to Gymboree Corp. went bust, it started to rebound in 2018 and 2019, making it a painful trade. Hedge fund Alder Hill, one of the first to go public with a bearish bet, shut down last year. MP lost 37% in 2019, according to the fund’s letter.

Others who have shorted the CMBX 6 include Apollo Global Management’s flagship credit hedge fund and activist investor Carl Icahn. Firms including Putnam Investments and AllianceBernstein have taken the other side of the trade in a bet that the 37 regional malls that are among the properties in the index will be able to withstand consumers’ changing shopping habits.

MP’s CMBX positions gained 65% in March, overshadowing the more than 16% gross loss on the firm’s holdings of commercial mortgage-backed securities during the period, according to the letter. The fund has gained almost 53% on a net basis in 2020.

To contact the reporter on this story: Claire Boston in New York at [email protected].

To contact the editors responsible for this story: Nikolaj Gammeltoft at [email protected]