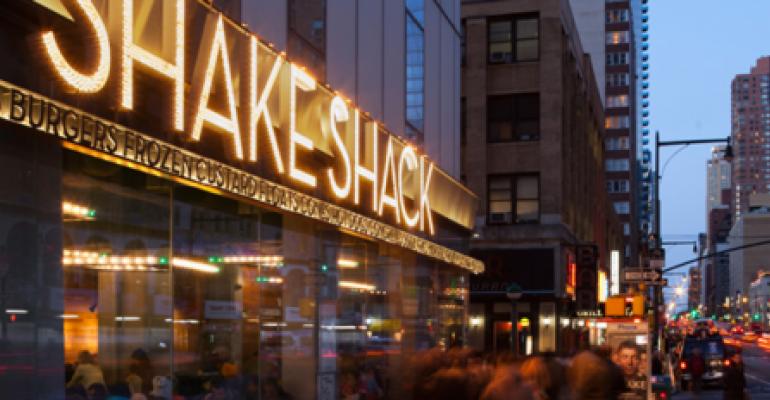 The White House hasn’t provided a full accounting of where the money went or the logic determining who got it.

(Bloomberg Opinion) -- Social media perked up over the past few days on the news that a number of biggish, publicly traded restaurant chains managed to snare millions in government aid for small businesses that more modestly sized restaurants and vendors missed out on.

Public outrage about this dumpster fire is useful and welcome. It’s also occasionally been misplaced. But it’s founded on the all-too-obvious fact that the White House and Congress lined up $349 billion for entrepreneurs and unloaded that vast pile without properly planning or managing how they would dole it out — and apparently without prioritizing which businesses should receive it. Treasury Secretary Steven Mnuchin’s team left banks in the dark about loan terms, business owners weren’t sure how best to apply for funds, the online application process was chaotic, more well-heeled businesses probably found their way to the front of the line, and there were strange regional disparities in funding (just look at this map).

Then poof, lucky winners of the aid lotto claimed all those billions in just two weeks. The White House hasn’t provided a full accounting of where the money went or the logic determining who got it. By the time we find out, it is likely to have been spent. Never fear, the federal government is set to approve another $350 billion in small-business funding, possibly as soon as today.

Small businesses — especially the employees who work for them — need this support. It’s unlikely that the broader economy can recover without breaking entrepreneurs’ freefalls. It’s also possible that $699 billion and counting won’t be enough to heal Covid-19’s economic wounds. Still, the money is moving through the pipeline, and common sense should be used in spreading it around. That brings us back to one of the targets of social media scorn on Friday night: Shake Shack Inc., the ubiquitous burger chain Danny Meyer founded in 2001.

Meyer is one of America’s most gifted and conscientious restaurateurs. His holding company, Union Square Hospitality Group, owns a collection of acclaimed eateries in New York City that includes Union Square Café, Gramercy Tavern, The Modern and Maialino. He began assembling all of that in 1985, when he was 27. His book, “Setting the Table,” is a must-read for any manager of anything. His business philosophy is grounded in an “employee first” approach, and he has led the way on improving compensation for restaurant workers (sometimes with uneven results) and convincing restaurant owners to be more socially minded. Unlike Meyer’s high-end restaurants, Shake Shack is publicly held and built for the masses. Meyer, no longer one of Shake Shack’s largest shareholders, is chairman of the company’s board of directors.

On March 18, as the coronavirus forced New York and other cities to start shutting down and the restaurant business to collapse, Meyer began laying off most of USHG’s employees, about 2,400 people. He helped seed a fund to support them with his own salary.

Unlike Meyer’s other restaurants, Shake Shack can still sell food for take-out or curbside pick-ups, so it hasn’t been wiped out. The chain employed 7,603 people and had revenue of $595 million and the end of last year. It announced last week that it had to lay off or furlough about 1,000 workers. And it was able to corral $10 million, the largest grant possible, from the government’s small-business rescue fund. That money is meant to buttress payrolls, so presumably it would have been used to maintain wages for Shake Shack’s workers and keep their lives intact a while longer.

Here’s the hitch: The government defines small businesses as those employing fewer than 500 people. A loophole in the bailout allows franchises and chains to count employees on a store-by-store basis, which makes them eligible for funding. (I’ve written here about how scammy some of this may wind up being.) That, understandably, has made Shake Shack, Potbelly Corp., and Ruth’s Hospitality Group Inc. — hefty chains that all got bailout funds — objects of curiosity or scorn. This might have been avoided had the government structured the business bailout with greater precision.

After all, Shake Shack isn’t the size of, say, United Airlines Inc., which had about 96,000 employees and $43.3 billion in revenue before the coronavirus struck. United is getting $5 billion from a separate bailout fund earmarked for the nation’s airlines. Shake Shack isn’t as small as the Montclair Bread Company, either, which employed 30 people in Montclair, New Jersey, before the coronavirus hit.

I ran Shake Shack’s $10 million grant past Rachel Wyman, the owner of Montclair Bread, during an interview with her on Saturday.

Wyman opened her doors eight years ago and has become a fixture in a town populated with foodies. She helped put herself through college by making bread, graduated from the Culinary Institute of America supported by student loans and her own hard work, and then began earning a master’s degree in business administration so she could defer her loans. Along the way she has survived a divorce and a bike accident that shattered her pelvis while she was training for an Ironman competition. She’s also raising three children. When the coronavirus hit, she stayed tough.

“I’ve struggled a lot in life, generally,” she told me. “I guess I went into immediate survival mode.”

In early March, Wyman had to fire about 20 of the people who worked for her and since then has been working from 3 a.m. to 8 p.m., six days a week. On Mondays she gets to sleep until 5 a.m. Money she earned from speaking engagements and running baking classes has dried up. But she’s got a relatively vibrant take-out business at her shop that is keeping her little team afloat for the time being.

How long will she survive? “Oh my gosh, I don’t know. I just don’t know — physically or financially,” she said.

Like Shake Shack, she worked hard to line up federal aid. Unlike Shake Shack, she didn’t have a phalanx of lawyers and other advisers to help her. She said she and one of her co-workers applied three times to her bank and the Small Business Administration for $100,000 in funding. Each time it took three hours to complete the online application. Each time the application was spit out at the end for undisclosed errors. On the fourth try, her application was accepted. On Friday she got an email from her bank. “We have learned the SBA has approved loans that will exhaust all the funding available for the initial round,” she was told. “We understand that many of you are disappointed.”

Wyman is more than disappointed. She’s furious. “All of this money that the government is bragging about having for small businesses feels like it’s not really there. I just feel locked out,” she says. “We need the money now to keep our employees and families afloat and keep our space so that we have somewhere to start over in when this is over.”

Rather than see restaurant pitted against restaurant, or specialty store pitted against specialty store, Wyman says the government could have created better buckets of funding for businesses in various industries. Truly small businesses like hers could have been in one category, mid-sized businesses like Shake Shack could have been in another, and mega-businesses like United in still another. The way the aid was set up potentially left mid-sized operations like Shake Shack in a no-man’s land, and when they sprang into action to get funding many of the business community’s small fry were out-muscled. Meyer noted in a LinkedIn post late Sunday night that the squeeze-out made him change his mind about keeping Shake Shack’s government aid. “Many who need it most, haven’t gotten any assistance,” he and the company's chief executive wrote. “We’ve decided to immediately return the entire $10 million.”

It’s unclear to me why the business gurus in the White House weren’t sharper about structuring all of this properly from the get-go — unless, of course, they aren’t really business gurus or they weren’t really interested in adequately planning how to spend taxpayers’ money. With a second round of mega-funding on the way, it’s still not clear whether they’ve learned from the current fiasco and will raise their game. Fingers crossed.

To contact the author of this story:
Timothy L. O'Brien at [email protected]

To contact the editor responsible for this story:
Mary Duenwald at [email protected]