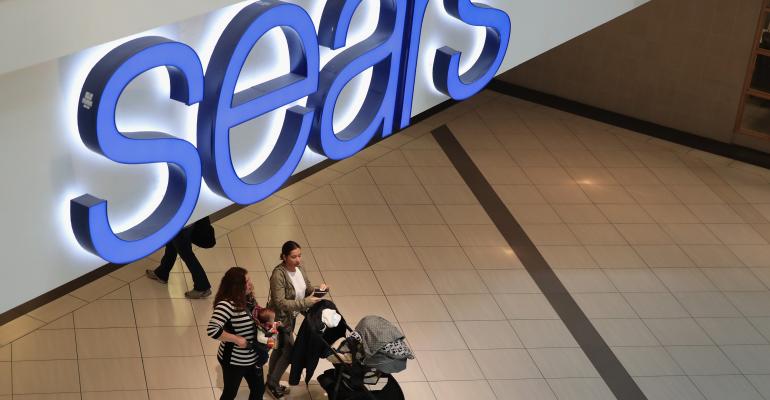 Sears, Out of Bankruptcy, Continues Shuttering More Stores. Can It Survive?

Eddie Lampert is “just continuing to pass the carcass of this dead body around,” says one retail insider.

The number of Sears and Kmart store closures continues to escalate.

Sears, which was weighed down by billions of dollars of debt and filed for bankruptcy last October, will close more stores following continued weak performance.

The troubled retailer has already boarded up hundreds of stores in the past few years. According to the Wall Street Journal, roughly a quarter of the approximately 425 Sears and Kmart stores brought out of bankruptcy by former CEO Eddie Lampert have closed or are scheduled to close later this year or in early 2020.

In August, Sears’ new parent company Transform Holdco LLC, or Transformco, announced it would shutter 26 Sears and Kmart stores in late October through mid-November and focus on the expansion of smaller format stores.

However, company executives noted that more closures were possible. “We cannot rule out additional store closures in the near term,” according to the company’s statement. “Our goal remains to return the company to profitability and preserve as many jobs as possible in the communities we serve.”

Now it has been reported by several news outlets that approximately another 100 stores will close, which would leave fewer than 300 Sears and Kmart locations nationally. The company hasn’t disclosed the number or locations of additional stores that could close.

A Sears spokesman wrote in an email to NREI that they’re not sharing a store list and declined to comment further.

USA Today published a list of stores that it confirmed will be closing between now and early 2020.

In a last-ditch effort, Lampert purchased Sears out of bankruptcy in February and kept around 425 stores open under Transform Holdco LLC. Lampert, along with his hedge fund ESL Investments Inc., was Sears’ largest shareholder and had been trying for years to turn around the flailing retailer.

Lampert stepped down as CEO when Sears filed for bankruptcy. The filing was intended to breathe new life into the once-iconic department store chain. However, it appears that the company’s fundamental retail problems haven’t gone away.

Last week, Reuters reported that Sears has borrowed roughly $150 million from lenders, including Lampert, as it continues struggling just a year after emerging from bankruptcy protection.

The new financing is supposed to help stock Sears’ store shelves for the critical holiday shopping season, as it grapples to become profitable, according to Reuters.

However, “the signs for Sears are not good,” says Neil Saunders, managing director at research firm GlobalData Retail. “Despite going through the bankruptcy process, the business is still not on a sustainable path. It appears to be in exactly the same position it was before, albeit as a smaller entity with less debt. In many ways, this is not surprising.”

The problems with Sears were always about the “proposition and the fact that it is unsuited to what modern consumers want,” Saunders adds. There has been very little evidence that this has changed since its bankruptcy, he notes. The same type of arguments also apply to Kmart.

“Longer term, I see Sears continuing on its downward spiral—something that may be exacerbated by any slowdown in the consumer economy,” Saunders says.

Sears is ‘less and less top of mind’

Past and present performance continues to be an indicator of future performance, notes David Weiss, a partner at Chicago-based consulting firm McMillan Doolittle.

“Sears as a retailer is less and less top of mind for any customer in any category they offer,” he says. “Closing stores accelerated and will continue to accelerate that trend.”

In the meantime, frustration mounts for some retail watchers.

“This remains the biggest scam I have ever experienced in over 30 years in the retail industry,” says Paula Rosenblum, co-founder of Retail Systems Research, a market intelligence company focused on the impact of technology on the retail industry. “I can’t believe Mr. Lampert was allowed to get away with it, frankly. He’s just continuing to pass the carcass of this dead body around after extracting most of the value for his other companies.”

For example, Rosenblum says a former Kmart near her closed and was torn down and is being replaced by a strip center, including retailers like Ross Stores and Burlington.

“And guess who the developer is?” Rosenblum asks. “Seritage. He wins again. It stuns me, frankly.”