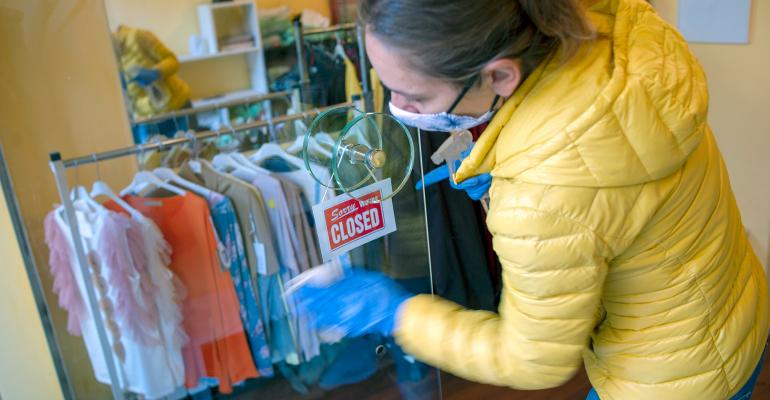 Retailers Hold On to Stores in Hopes of Surge of Shoppers

There hasn’t been quite the surge in expected store closings that was anticipated this year.

(Bloomberg)—A surge of expected store closings early this year hasn’t materialized after strong holiday sales prompted retailers to hold on to their leases in hopes of a shopping rebound.

“It wasn’t the wave everyone thought it would be,” said Ryan Mulcunry, a managing director at B. Riley Financial Inc. who advises retailers.

Last year, retailers announced plans to shutter a record 12,200 stores, according to CoStar Group. But some are now reconsidering after larger holiday revenues and ready support from lenders gave them more breathing room, Mulcunry said. Holiday sales jumped 8.3% in November and December compared to a year earlier, according to the National Retail Federation, easily beating an expected gain of 3.6% to 5.2%.

Traditionally, troubled retailers have sought to restructure their debts -- which can include filing for bankruptcy and closing locations -- early in the year when they are flush with cash following the holiday season.

But it now makes more sense for some retailers to hold on to leases in preparation for easing pandemic restrictions, according to Mulcunry. Part of the hope is that consumers will return as they tire of online shopping and seek new outfits for when they return to their offices. Even if retailers do decide to shut some locations, “you’ll get more for your inventory in June,” he said. “A lot of people are betting on this summer having good store and mall traffic.”