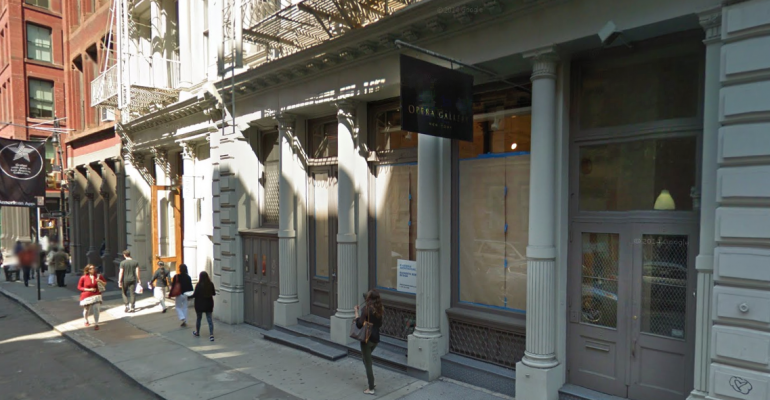 Retail Condos More Desirable Than Ever

Retail condos, a long-time favorite of investors looking for exposure to urban markets, have become even more desirable. Growing demand from retail tenants and rising rental rates are enticing a wider variety of buyers, from institutional investors and REITs to private equity and international players, to these assets. And owner-occupiers continue to be interested in these properties because they offer tenants the ability to control their rent expense growth and an attractive tax shelter.

There has been an expansion of the overall inventory of retail condos nationwide, which has generated increased investor interest, according to J.D. Parker, senior vice president/district manager of Marcus & Millichap’s New York City region. He points out that investors are interested in retail condos because these assets provide exposure to denser urban markets. Moreover, consumers often live above the store that is using the space.

“They’ve gained increasing favor… as people have gotten more comfortable with them as an asset class, and investors, institutional and private client investors, have been following yield into secondary and tertiary markets, [we’ve] certainly seen more people going into retail condos,” Parker says.

However, it can be a challenge to identify these assets for purchase, and there is more demand for retail condos than supply.

Most investors view retail condos as being similar to net lease assets, only at the bottom of a larger building rather than freestanding. Like net lease properties, retail condos can provide stable incomes and make it easier to finance the property, depending on the quality of the tenant, Parker notes.

The bulk of retail condos are located in the New York City area, although that’s not the only place where retail condos exist—for instance, in early October, Starwood Capital Group bought a condominium interest in a 300,000-sq.-ft. retail space that belonged to a historic Macy’s store in downtown Seattle (the company plans to convert the space to creative office use). Today’s institutional investors are looking for larger retail condos with more secure tenants in core locations.

“As new development continues to grow, [retail condos are] certainly more prevalent in the denser urban markets, and New York is certainly the leader in the asset class because of the density and size of the marketplace,” Parker notes.

Rob Frischman, executive vice president with EVO Real Estate Group, a commercial real estate agency, says there’s a supply-demand imbalance in many urban markets, particularly in Manhattan. He points to luxury high-rise districts such as the Plaza District, Times Square, Madison Avenue, Fifth Avenue and 57th Street, where retail condo prices are up and cap rates are down. “We are seeing an appetite from international investors seeking to protect principal in what many believe to be very safe addresses,” he says.

Recently, a handful of firms based in Manhattan have attempted to corner the market on expensive retail condos in certain key neighborhoods to give them more control over the pricing of retail rents in those areas, according to Greenberg. “[This is an] interesting trend that, for those select few owners who have the resources to pursue such a plan, offers another reason to expect above-market returns over time on their retail condo investments,” he says.

To that point, retail rents in Manhattan have escalated dramatically over the past few years, by far surpassing both residential rent escalations and office rent appreciation, notes Jeffrey Nissani, a broker specializing in retail condos and co-ops in New York City. “Compound that with the fact that Manhattan is an island with virtually no buildable land, a retail condo will not be devalued by a new neighboring development.”

Nissani says the pricing shift over the past 12 months in New York City and surrounding boroughs has been “dramatic.” He estimates that an investor who purchased a retail condo 12 months ago could sell it today for anywhere between 20 to 40 percent more money. However, he speculates that pricing has most likely reached the top, and he’s currently awaiting a correction in the market.

Indeed, investing in retail condos isn’t without risk. Like any other retail asset, the biggest concern for owners is keeping the space occupied, experts say.

Beyond that, retail condos have the added entanglements associated with condo or co-op boards, Parker notes. “From a property management perspective, you don’t control the asset 100 percent,” he notes. And that’s a risk that many investors aren’t interested in taking on.