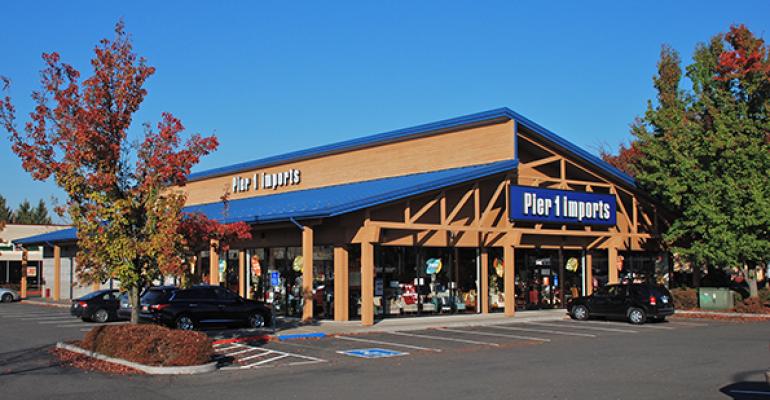 The Fort Worth, Texas-based retailer is in talks with multiple potential buyers.

(Bloomberg) --  Pier 1 Imports Inc. filed for Chapter 11 bankruptcy protection to facilitate a company sale after the retailer of eclectic home furnishings found itself squeezed by online rivals and crushed under too much debt.

The Fort Worth, Texas-based retailer is in talks with multiple potential buyers, according to a statement Monday. Pier 1 also reiterated a plan to shut as many as 450 stores.

“Today’s actions are intended to provide Pier 1 with additional time and financial flexibility as we now work to unlock additional value for our stakeholders through a sale,” Chief Executive Officer Robert Riesbeck said in the statement. The company will remain open during the bankruptcy process.

Pier 1 listed assets and liabilities of more than $500 million in its filing in U.S. bankruptcy court in Richmond, Virginia. The company said it secured about $256 million of debtor-in-possession financing from Bank of America Corp., Wells Fargo & Co. and Pathlight Capital LP.

Pier 1 was founded in 1962, and like other long-established retailers, it’s been hurt by the growth of new online rivals. Pier 1’s shoppers have been defecting to e-commerce players like Wayfair Inc., as well as conventional giants like Walmart Inc. that have expanded in the category.

Repeated efforts to salvage Pier 1 fell short. An “action plan” put in place in April 2019 by interim Chief Executive Officer Cheryl Bachelder failed to stabilize sales, and the company replaced her in November with Robert Riesbeck, a turnaround manager. He announced plans in January to dismiss about 40% of the headquarters staff and shut about 450 stores, almost half the chain.

At the same time, the company was telling creditors about a plan for a potential bankruptcy, and it warned in a regulatory filing that its survival was in doubt.

Charles Tandy, the entrepreneur behind Radio Shack, started Pier 1 in California as a single store, according to his book. The outlet in San Mateo sold beanbag chairs, love beads and incense, according to a company history.

The chain went public in 1970 and eventually expanded to more than 1,000 stores, with locations in Canada, Mexico, Europe and Australia, but didn’t introduce an e-commerce website until July 2012. As of March 2019, it employed about 18,000 people in the U.S. and Canada, about 4,000 of them full-time.

The case is Pier 1 Imports Inc., 20-30805, U.S. Bankruptcy Court for the Eastern District of Virginia (Richmond)