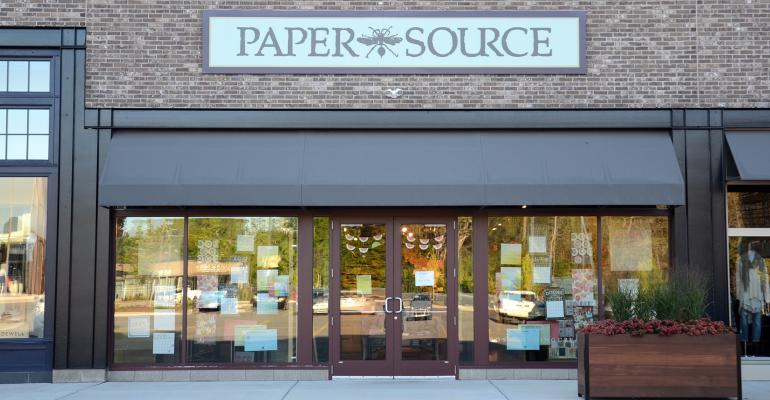 The retailer intends to hand control of the business to an affiliate of MidCap Financial.

(Bloomberg)—Paper Source Inc., the stationery and craft supplies chain, filed for bankruptcy with plans to sell itself after Covid-19 hampered expansion plans.

The company intends to hand control of the business to an affiliate of MidCap Financial, a lending arm of Apollo Global Management, in exchange for debt forgiveness, court papers show. Paper Source owes about $103 million to lenders, including more than $55 million under a first-lien term loan.

Paper Source, which has 158 stores across the U.S., expanded its reach last March when it bought about 30 stores from rival chain Papyrus out of bankruptcy. Less than three weeks later, Paper Source temporarily shut down all of its own stores, which generated more than 80% of sales in 2019.

The company brought in gross sales of $104 million in 2020, down more than 30% from $153 million in 2019. In an attempt to preserve cash, Paper Source asked landlords for breaks on rent and stretched payment terms with vendors. Its rent concessions expired in January and vendors have threatened to stop doing business with the company, court papers show.

The Chapter 11 filing lets Paper Source continue operating while it works out a plan to repay creditors. All stores remain open across the country, and the company has enough liquidity to pay employees and vendors prior to the closing of the sale, the company said in a statement.

Paper Source employs about 1,700 people in the U.S., most of whom are paid hourly. The company might close stores during the bankruptcy, according to court papers, though no specific number was identified.

Founded in 1983 by Susan Lindstrom, Paper Source began as a single store in Chicago. The chain grew to 27 stores by 2007, when Lindstrom sold a majority stake to private equity firm Brentwood Associates. In 2013, affiliates of Investcorp International Inc. bought Paper Source from Brentwood.