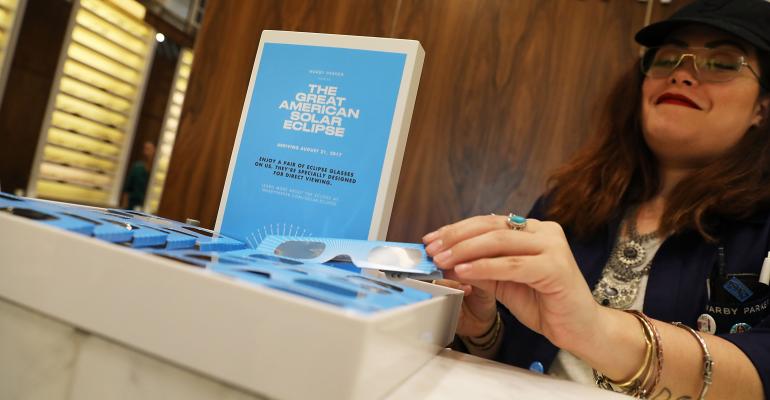 They offer brand recognition and loyal customers; what are retail landlords doing to attract them to their centers?

Amidst a tumultuous environment for brick-and-mortar retailers, online brands continue to flip the script and open physical stores. Many landlords are welcoming them, hoping they will help draw shoppers.

While some are start-ups testing the waters and figuring out their brick-and-mortar strategy, others have a proven formula and are expanding. They already know their customer base and which markets they want to be in, and they’re targeting tech-savvy consumers, particularly millennials, which landlords want to attract.

The expansions are significant. Warber Parker, formerly an exclusively online eyewear retailer, has 64 brick-and-mortar stores already and plans to operate nearly 100 stores by year-end. Indochino, an online seller of custom men’s suits, will have 18 new stores this year. E-commerce lingerie brand Adore Me is opening its first physical stores, with plans to operate 200 to 300 locations in the next five years.

“The list of e-tailers who’ve made the decision to go brick-and-mortar continues to grow,”

says Todd Caruso, senior managing director with real estate services firm CBRE, who leads the firm’s retail landlord representation in the Americas. “This is the new world order. These groups start off in e-commerce and then do brick-and-mortar after they prove their customer count and the success of their operation. They’ve got their social media strategy and advertising strategy nailed down, and their brick-and-mortar strategy confirmed as well.”

Although landlords may be excited about online retailers opening physical stores, Caruso sees the leasing and build-out of their space to be substantially similar to that of traditional chains. “Landlords might be intrigued and fascinated and see it as an opportunity to brand their space, but I don’t see the deal structure any different,” he says. The leasing structure—whether the deal involves an e-commerce retailer or traditional brick-and-mortar chain—remains pretty much the same, agrees Deb Carlson, a director in the Twin Cities office of real estate services firm Cushman & Wakefield.

“But there’s no question that landlords have to be more open than they used to be,” she notes. “They have to be creative and smarter and a little more open-minded. You can’t just open a center and say, ‘Best Buy? Yep, check. Walgreen’s? Yep, check. ‘You have to look at the market and say who do you really think is going to be here long term?”

Carlson points out that what e-commerce retailers bring to the table is the “experience” that consumers want and the flexibility to do different things.

“They’ve already captured the customers’ imagination by doing their whole internet social media blasts and customers know the product,” she notes. “So, when Bonobos opens in Minneapolis’ North Loop neighborhood, people say, ‘Let’s go see what it looks like in person, because I’ve only seen it on the internet.’ And then they do things like wine parties and fashion shows. The spaces look a little different and more fun.”

Carlson said once successful online players like Warby Parker and UNTUCKit come to the market seeking brick-and-mortar locations, they’ve already got a “pretty good success story to tell, which is what owners want to hear. They’ve got enough credit behind them, so landlords know they’re going to get their rent. They want to know you’re going to be successful and you can pay your rent. Then other things will happen. You will stay open, drive traffic to the center, etc.”

While landlords are definitely working collaboratively with online retailers to bring them to their centers, Rome says they don’t feel any differently than they would with traditional retailers or new concepts. It really depends on the concept, location and landlord as to what landlords are willing to offer tenants to agree to a lease.

“A retailer with a healthy online business mitigates the risk for all parties when they open a physical store and allows landlords to have more confidence to build flexibility into the leases,” Rome said. “Common themes that I’m seeing are more flexibility in the leases with shorter lease terms, sometimes creative rent structures and construction and design help,” she says.

Instead of the traditional 10-year leases, many online retailers are looking for shorter terms, she adds. Pop-up locations have been a popular tool to test new markets and concepts.

Landlords recognize that they need to attract that younger shopper who’s used to buying online, according to retail consultant/broker Corey Bialow, CEO of Bialow Real Estate Inc., who represents Indochino.

“Things have changed dramatically and what landlords are realizing—even in the top malls in the country—is it’s very difficult to get the millennial shopper and even the traditional mall shopper to come into their malls when there are so many other avenues to shop online,” he says. “The only way they can do that is to entice these omni-channel players to come into their projects.”

When it comes to Indochino, Bialow says the company is pursuing a mix of high-street locations, urban mixed-use projects, lifestyle centers and has tested a few regional malls.

“We used the temporary stores on short-term leases,” he says. “Once they figured out this model works and this is something that they have proven out, now we’re doing long-term leases of five to 10 years. We have a proven formula and are focusing our initial rollout in areas where we have existing customers already built in from our online business.”