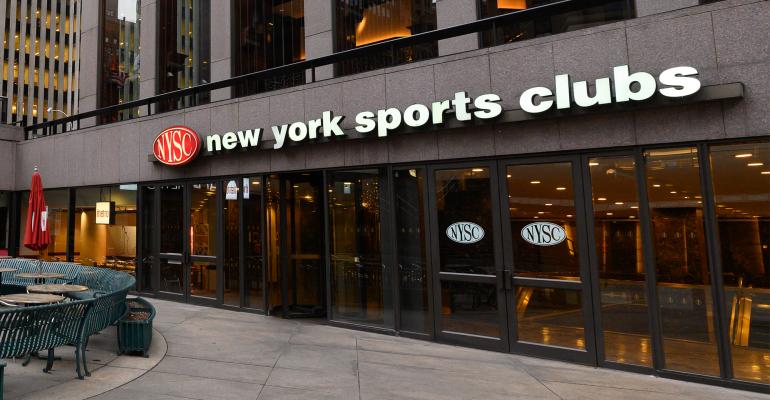 The firms that bought New York Sports Clubs and Lucille Roberts out of bankruptcy are looking for new financing to help them survive.

The vehicle that bought the gyms out of bankruptcy in November is offering some of the company’s pre-filing lenders a chance to purchase 4 million new shares at 50 cents each, according to people with knowledge of the matter. The entity has 1 million existing shares, said the people, who asked not to be identified discussing private talks.

The $2 million of fresh financing will fund operations at the gyms this year, the people added. Orders for the new equity are due Friday, they said.

Town Sports International LLC sought Chapter 11 bankruptcy protection in September, unable to keep up with debt payments after it was forced to shut its gyms to help stem the spread of Covid-19. The court process allowed the company to reject certain leases and renegotiate others to save on rent.

The chains were sold in bankruptcy to investors including Peak Credit, an affiliate of New York-based investment bank Lepercq, de Neuflize & Co. Peak and the lenders won court approval for the sale in early November by trading $80 million in Town Sports debt for ownership, according to court documents.

Before the sale closed, a group of the lenders complained, arguing that they never agreed to swap their debt for equity. U.S. Bankruptcy Judge Christopher Sontchi rejected that view.

The company needs additional capital to support operations under new ownership, Kyle Cleeton, co-chief investment officer of Lepercq, de Neuflize & Co., said in a court declaration. An earlier bidder, Tacit Capital, dropped out of the process after failing to put up $47.5 million to fund the business, according to court papers.

“Peak welcomes investment proposals from third party investors, including the prepetition lenders; and I am confident that the buyer can raise outside investment capital provided it is reasonably leveraged,” Cleeton wrote.

Peak committed to provide $5 million to support the business after the sale, court documents show. Peak could also provide additional “financial support for as long as it made economic sense for it to do so,” Cleeton wrote.

Before the pandemic, Town Sports said it had about 9,200 employees, with 1,900 working full-time, court records show. A surge in Covid-19 in recent months has caused further strains on fitness businesses across the country as governments impose new lockdowns and infection rates spike. Some Town Sports employees have been asked to take pay cuts to stem the losses, the people said.

Other gyms have also been hit hard by the outbreak. Chains including 24 Hour Fitness Worldwide Inc., Gold’s Gym International Inc. and In-Shape Health Clubs LLC also filed for bankruptcy in 2020.

Even so, parts of the industry are expanding. The former head of New York Sports Clubs and affiliated gym chains is building his own fitness business to compete with NYSC’s new owners, Bloomberg previosuly reported. The venture led by Patrick Walsh is backed by $100 million from Kennedy Lewis Investment Management.

Kennedy Lewis previously contemplated providing capital to Town Sports to help the chain survive the pandemic and stave off bankruptcy, but backed away after Town Sports realized it would need more than $80 million.