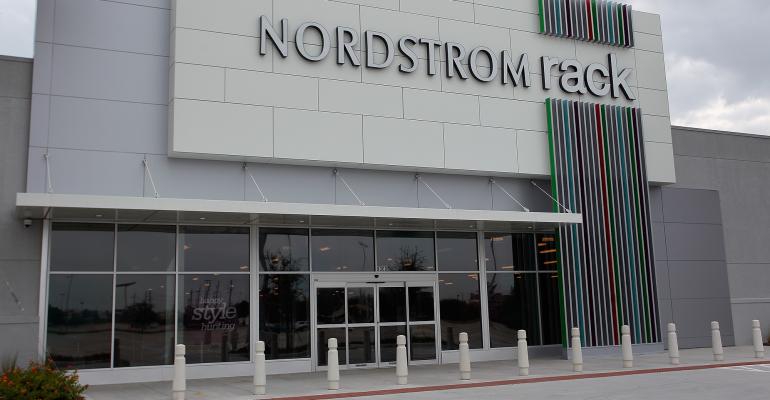 Nordstrom’s report reinforces how decades-high inflation is impacting shoppers—and in turn retailers—differently. Companies that cater to the highest and lowest ends of the income spectrum are holding up better than those that rely on middle-class consumers.

(Bloomberg)—Investors are getting daily reminders this earnings season that retailers catering to US middle-income shoppers are some of their most exposed bets.

Nordstrom Inc. tumbled as much as 20% Wednesday in its biggest drop since November after slashing its full-year outlook, citing slowing customer traffic and demand at its off-price Rack stores. The slump brings the stock’s year-to-date decline to more than 16%, narrowing the gap it had established over its department-store peers.

“The common threads across Kohl’s, Macy’s and Nordstrom this earnings cycle is that they all talked about that middle being most under pressure, versus the low end,” Jefferies analyst Stephanie Wissink said on Bloomberg TV Wednesday. “The middle is the one that seems to be the most vulnerable right now.”

On Tuesday, Macy’s Inc. cut its full-year forecast for profit and revenue, citing tighter consumer budgets. While shares closed higher as the company’s more expensive chains -- Bloomingdale’s and Bluemercury -- outperformed, the stock is still down 29% this year. Last week, Kohl’s Corp. dropped after warning that its middle-income customers are especially pressured in the current environment.

Until now, Nordstrom’s shares had largely traded higher for the year, with management touting the resiliency of its higher-income customer base. The retailer’s fiscal second-quarter report debunked the magnitude of that advantage as weakness at its Rack stores, which made up about 30% of revenue in the quarter, outweighed strength in its higher-end business.

“While we continue to think the higher income profile of Nordstrom’s average customer positions the company well in the current environment, clearly Nordstrom is not immune to the difficult macro backdrop,” KeyBanc Capital Markets Inc. analyst Noah Zatzkin wrote in a research note.

Nordstrom’s report reinforces how decades-high inflation is impacting shoppers -- and in turn retailers -- differently. Companies that cater to the highest and lowest ends of the income spectrum are holding up better than those that rely on middle-class consumers, though retailers across every price point are seeing signs of slowing spending.

Deep-discounters Dollar General Corp. and Dollar Tree Inc., which have outperformed other consumer stocks this year, will report earnings Thursday.