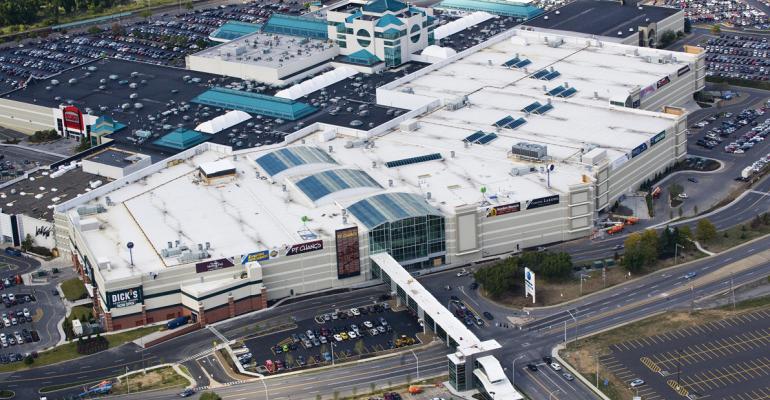 The ratings agency downgraded the rating on municipal bonds tied to Destiny USA in Syracuse, N.Y.

(Bloomberg) --Syracuse, New York’s Destiny USA, one of the largest malls in the U.S., had the ratings on about $300 million of municipal bonds cut to junk by Moody’s Investors Service, which said shrinking profits may hinder its ability to meet the terms of a real estate loan.

Moody’s cut the rating on the mall-backed debt issued by a city development agency from Baa3 to Ba2, two steps below investment grade, and assigned a negative outlook, indicating the securities may be downgraded further.

Destiny USA, owned by Pyramid Cos., issued bonds backed by payments in lieu of taxes by the developer in 2007 to expand its Carousel Center mall into a super-regional shopping and entertainment complex. The company refinanced the debt in 2016. Pyramid owns 15 malls, including the Palisades Center in Rockland County outside New York City.

A 19-screen move theater, go-kart raceway and a comedy club haven’t been enough to stem the pressure from online shopping and the sluggish upstate New York economy. The 2.4 million square-foot mall was able to avert default on a subordinate commercial mortgage backed security on May 31 by extending and modifying the loan. However, the mall’s ability to meet covenants to secure the second and third years of the extension remains uncertain, Moody’s said.

“While the loan extension provides time to execute the proposed business plan that has tangible agreements and other likely new tenants in the pipeline over the next few years, Carousel Mall will likely remain challenged to grow margins to meet an annually rising debt service repayment schedule,” Moody’s said.

Aiden McGuire, a Pyramid spokesman, had no immediate comment.

Destiny is among scores of malls besieged by the rise of online shopping and retailer bankruptcies. A Bloomberg index of regional-mall owners has declined about 5% this year compared with a 18% gain for all real estate investment trusts. Bloomberg’s U.S. mall REIT index has declined 30% over the last three years.

The population of Onondaga County, home to Syracuse, is about the same as it was in 1990 and its 4.7% annual average unemployment rate in 2018 is higher than New York’s 4.1%.

Destiny USA, which attracted 26 million visitors last year, benefits from limited competition in the Syracuse region and its ability to attract visitors from all over Central New York. In addition, Pyramid has a strong incentive to make payments backing the bonds because failure to do so could lead to foreclosure.

Moody’s expects the bonds to be paid on time and bondholders should expect full recovery in the case of default. However, the bonds are still at risk in a bankruptcy, the rating company said.