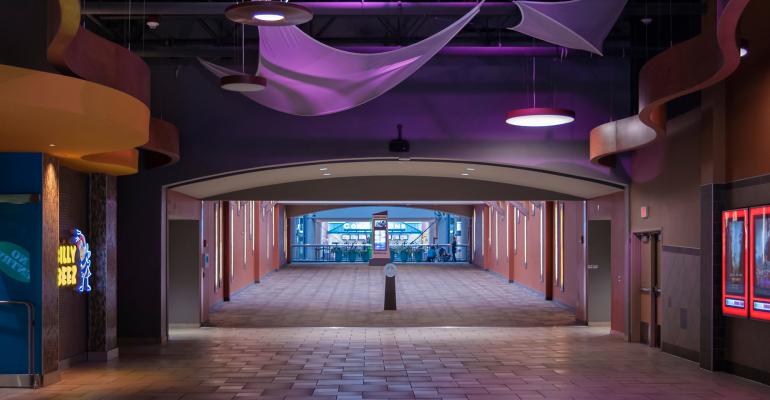 Reappraisals slashed valuations on eight of Pyramid Management Group’s malls by an average of 59 percent.

Reappraisals -- triggered last year amid the firm’s mounting mortgage delinquencies -- slashed valuations on eight of Pyramid’s malls by 59% on average, leaving those centers worth less than their debt.

Shoppers walk through the Destiny USA mall in Syracuse, New York, U.S., on Friday, July 10, 2020. The mall reopened Friday after being closed for nearly four months amid the Covid-19 pandemic, according to Onondaga County Executive Ryan McMahon.

Even with that burden, Chief Executive Officer Stephen J. Congel is optimistic his company can withstand the crisis that has pushed other mall owners to file for bankruptcy.

“I’m paying a $50 bounty for somebody who can come up with a more dramatic word than ‘apocalyptic,’” Congel said in an interview. “We don’t believe that to be the long-term forecast for the viability of the industry.”

Malls were losing market share to e-commerce and discount retailers long before the pandemic. Now, as tenants withhold rents and shutter stores, only about half of the country’s 1,100 enclosed regional centers are likely to survive, according to Floris van Dijkum, an analyst with Compass Point Research & Trading.

The delinquency rate on regional mall commercial mortgage-backed securities was 22.9% in February, the highest of any real estate category, according to Moody’s Investor Service. Even the strongest landlords -- Simon Property Group Inc. and Brookfield Asset Management Inc. -- have talked about walking away from some of their shopping centers rather than throwing good money after bad.

For Pyramid, many of its malls benefit from being “the only game in town” in their New York and Massachusetts markets, but the company may not have the financial staying power to weather prolonged troubles for tenants, according to Gwen Roush, an analyst with rating service DBRS Morningstar.

“A big anchor vacancy or extended period of lower foot traffic and possible need for longer periods of rent relief for tenants is a bigger hill to climb for them versus a Brookfield or Simon,” Roush said in an email.

Hardest hit among Pyramid’s properties was Destiny USA, New York’s largest mall, in the company’s headquarters city of Syracuse. The center was valued at just $203 million after a 71% appraisal reduction last year and has $430 million in CMBS debt. In addition, Moody’s this month downgraded $285 million in municipal bonds deeper into junk status, citing the mall’s “rapid decline in occupancy.”

Shoppers walk through the Destiny USA mall in Syracuse, New York, U.S., on Friday, July 10, 2020. The mall reopened Friday after being closed for nearly four months amid the Covid-19 pandemic, according to Onondaga County Executive Ryan McMahon.

Pyramid’s Palisades Center in West Nyack, New York, had its value cut to $425 million last year from $881 million in its 2016 appraisal. The Poughkeepsie Galleria’s appraised value plunged 71% to $68.6 million.

While he’s not prepared to part with any properties yet, Congel said he can’t guarantee Pyramid -- the company founded by his father in the 1970s -- will be able to keep everything. He’s been hearing from vulture investors sniffing around for distressed real estate bargains.

But his lenders have been patient because there are few upsides to repossessing his properties. They extended the debt maturity date on Destiny until June 2022 and granted loan modifications on other malls, providing more time to line up new financing.

“The lenders -- whether they be CMBS or balance-sheet lenders -- know that by continuing to work with us, that will create the highest return and recovery for bondholders and debtholders,” he said.

Congel also sees a budding turnaround as Covid-19 vaccine deployment allows his malls to repopulate. Foot traffic has returned to about 80% of pre-pandemic levels, despite the ongoing restrictions on seating at cinemas and food courts and the border closure that keeps Canadian shoppers away from Pyramid’s malls in upstate New York.

Pyramid is adding apartments and hotels at some properties to help diversify revenue. But Congel plans to keep retailing as the main reason to visit his malls.

“People still like to go out and dine and shop,” he said. “You can’t replicate that physical experience.”