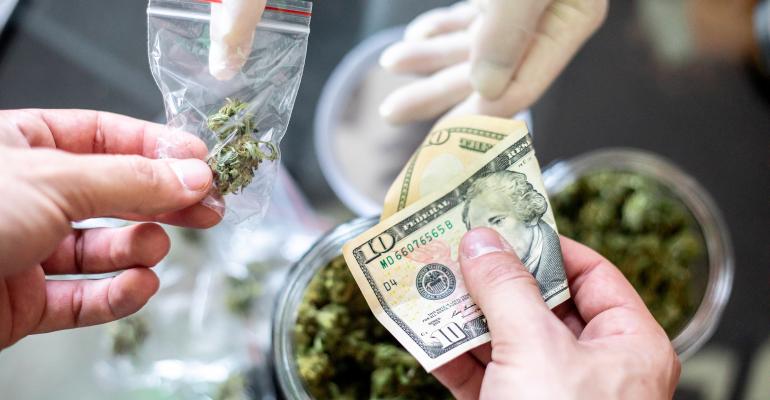 New Jersey Retail Pot Sales Are Just Around the Corner

(Bloomberg)—The first New Jersey recreational pot sales got approval from a state regulatory board on Monday. Retail marijuana sales could begin in as little as 30 days.

Prior to the vote, via a streamed hearing, the companies attested to preparations to maintain supplies for medical-marijuana users. Most will set aside parking, telephone lines and staff for those users to have priority, and some have home-delivery plans.

“They’ve all shown that they have the necessary local approvals in place to support this expansion,” Jeff Brown, executive director of the cannabis commission, said of the approved companies.

The move puts New Jersey sellers in a crucial early position to capture the lucrative New York City-area market. New York state has legalized pot but hasn’t yet doled out licenses to sellers. Recreational weed isn’t legal at the federal level or in neighboring Pennsylvania. Connecticut retail operations aren’t expected until the end of the year.

Before sales can begin, the companies must have an operations assessment, pay fees and acquire a license. That could take about 30 days, according to the commission.

Prior to the vote, legal weed in New Jersey was limited to 128,136 people who carry cards certifying physician-approved needs. Last month, New Jersey’s cannabis board took its first formal action on recreational marijuana applications, approving 68 conditional licenses to cultivate, manufacture or run a testing lab. But it stopped short of allowing companies to sell the products.

New Jersey Governor Phil Murphy, a 64-year-old Democrat whose second term started in January, had promised in 2018 to make marijuana sales legal during his first 100 days in office. Lawmakers, though, couldn’t agree on how to proceed, and pushed the matter to the ballot. Almost 70% of voters approved a constitutional change allowing retail sales starting Jan. 1, 2021, but the regulatory process caused delays.

Towns can opt out of retail cannabis sales in New Jersey, the most densely populated U.S. state, and most municipalities have chosen not to permit. Still, pot will be available in the two biggest municipalities, Newark and Jersey City, both with New York City train access. It also will be available in Atlantic City, whose casinos are showing signs of revival after years of decline.