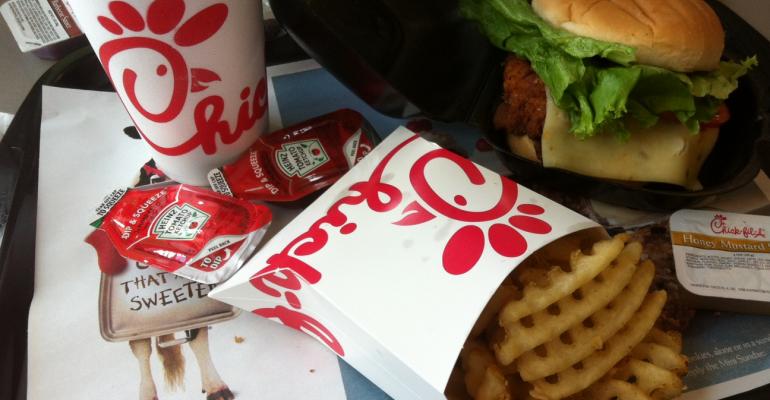 “This is the peak of the bestseller’s market in over 10 years,” notes Rick Fernandez, managing director of Calkain Cos. Urban Investment Advisors. “1031 exchange buyers, low interest rates and a lack of quality available product have all served to drive down cap rates.”

The current pricing environment has encouraged both corporations and franchisees to unlock the value of their owned real estate. They are using the proceeds to expand, remodel existing locations and pay down existing debt. Multi-unit franchise operators are particularly interesting in doing sale-leasebacks because the deals can fund upgrades and renovations required by the brands.

Driven by an improving economy, restaurant industry sales are expected to hit a record high of $709.2 billion in 2015, according to the National Restaurant Association. This year will represent the sixth consecutive year of real growth in restaurant sales; however, the gains remain below what would be expected during a normal post-recession period due to a range of challenges.

Sales in the table-service segment are expected to reach $220 billion in 2015, a 2.9 percent gain over 2014 sales, while sales in the quick-service/fast-casual segment are projected to grow by 4.3 percent and reach $201 billion, according to the National Restaurant Association. At the state level, the top five states for restaurant sales growth in 2015 are Arizona, Florida, North Dakota, Texas and Colorado.

QSR properties attract different net-lease investors than table-service restaurants. Because of the size of the buildings and the price per meal, QSR properties occupied by tenants such as McDonald’s or Taco Bell are less expensive than other restaurants such as Chili’s or Red Lobster.

“Often, QSRs are priced lower than the sit-down restaurants so more investors are able to be in the market at the lower prices,” says Betty Friant, a managing director with Calkain Cos.

QSR properties have a median asking price of $2 million, according to The Boulder Group’s most recent QSR market report. Panera Bread commands the highest price at $3.37 million, with McDonald’s ground leases generating more than other fast-food brands at $2.5 million.

Fernandez says price isn’t the only reason why the QSR segment appeals to investors. He contends that it’s easier for the “average” net-lease investor to analyze QSR properties.

“Investors know through their own experiences that it is the rare QSR that closes its doors,” Fernandez notes. “An investor can walk in, have a burger or go through the drive-through and eat in the car and get a feel for how busy the store is from that visit.” Moreover, QSR performance data across brands is available so an investor can benchmark specific locations against the national average.

Today, the QSR sector commands a 60 basis point cap rate premium over the entire retail net-lease market, according to The Boulder Group. This spread increased 10 basis points when compared to 2014.

It’s worth noting that the QSR sector differs from other net-lease retail sectors in that most of the properties are leased to franchisees rather than corporate entities. The majority of investors believe that the credit associated with corporate-backed leases is superior to those of franchisee-backed leases.

For net-lease properties leased to franchisees, cap rates in the net-lease QSR sector reached 5.9 percent in the second quarter 2015, according to The Boulder Group. This represented a 35 basis point decline from the prior year.

Some net-lease investors will only buy QSR properties if there is a corporate guarantee, Friant notes. However, Blankstein is quick to point out that investors have been increasingly willing to lower credit standards for increased yield in the QSR sector, especially in major markets, or for properties with favorable lease structures such as larger or more frequent rental escalations.

“With the increased demand for net lease, investors have been reaching for additional yield that franchisee properties provide,” Blankstein says. “This spread has decreased 20 basis points in the past 12 months.”

Most net-lease QSR investors tend to prefer primary markets, and properties in these markets trade at a premium over secondary and tertiary markets. However, as one would expect, there is a tradeoff. “As with franchisee backed leases, tertiary markets are typically offered at higher cap rates and investors have been attracted to the additional yield,” Blankstein says.

“Location is always important, but less so for the credit rated and highly popular brands,” Fernandez says, pointing out that a McDonald’s typically trades at a 4 cap “just about anywhere” with lower caps for truly trophy locations and higher cap rates coming from issues in the lease more than the size of the market.

While QSR sales continue to increase, investors aren’t ignoring the fact that Americans are increasing focused on healthy eating and addressing the obesity epidemic. “Investors are definitely taking note of the choices that consumers are making as it relates to healthier or fresh food options,” Blankstein says. “Quick service options that have ‘fresh’ options include Chipotle and Panera Bread. These two companies are in high demand amongst net lease investors.”

In addition, brands such as Starbucks, McDonalds and Chick-Fil-A are popular because of their corporate guarantees and the brand dominance.