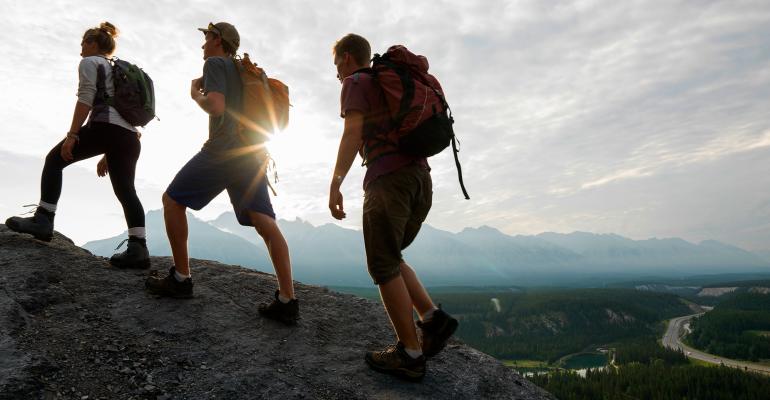 As long as fears of getting the virus persist, consumers will probably spend more on their homes than services and experiences.

(Bloomberg Opinion)—One of the lasting effects of the Great Recession was a shift in consumer preferences from things to experiences. Homeownership, especially among millennials, fell out of favor amid distressed personal finances and changes in mortgage regulations while the rise of smartphones, social media and services such as Uber and Airbnb nurtured a consumer culture focused on dining, travel and events. A post-coronavirus, pre-vaccine world will upend this lifestyle, which will likely be replaced with the consumption patterns of older generations. As long as social distancing and fears of getting the virus persist, consumers probably will spend more on the trappings of their homes rather than services and experiences involving public spaces and crowds.

In hindsight, there were three main reasons that consumption shifted from things to experiences after the financial crisis. The first is that between 2006 and 2014, the number of U.S. owner-occupied households fell by almost 1 million while the number of renter households increased by 7 million. This effect was even more exaggerated among the young, as the number of homeowner households under age 40 fell more than 3 million during that time. An explosion in the number of young renters, many of whom flocked to cities for career and dating prospects, meant more buying power for things other than weekend trips to Home Depot.

The second was that changes in technology made experience-based consumption better. Smartphones and social media made it easier to maintain large groups of friends and acquaintances and discover restaurants and entertainment in a way that wasn't possible a generation ago. Uber made hailing a car frictionless outside of cities well-served by taxi companies. Getting likes on Facebook and Instagram connoted social status to travel and dining.

The third reason was demographic. In the early 2010s, with the housing market stagnant, these technological shifts were taking hold, particularly among the population bulge of the millennial generation, whose members were mostly in their 20s. This ensured a vast, welcoming market for this lifestyle. In 2010, three of the five biggest population buckets (based on five-year age cohorts) in the U.S. encompassed those between the ages of 15 and 29.

Until we have a vaccine for the coronavirus, the experience-based economy will likely be an inferior version of what it used to be. It's unclear when large gatherings such as football games, concerts and trips to theme parks can resume. Restaurants and bars will have to abide by social-distancing guidelines. Weddings may be cut back to family members and close friends. The joys of travel won't be the same, between the increased health risks and the decreased number of dining and entertainment options. In the aggregate, this will mean lost economic output and employment, and for individuals it will mean a lot fewer experiental things to spend money on.

Although some of that lost consumption might be saved, a lot of it will be spent where it can be — and for a lot of consumers, that will mean spending on their homes. Instead of going to bars and restaurants or jetting overseas, upgrade your kitchen and or bathroom. If large live concerts or sporting events are out for a while, upgrade your sound system and television. Instead of travel, buy new furniture or build a deck and patio area in your backyard. If cities are going to be a shell of themselves for the foreseeable future, maybe it's time to buy a house in the suburbs. It’s surely no coincidence that last week the New York Times said it was eliminating its Travel section on Sundays and replacing it with a section called At Home.

Just as the experiences economy benefited from a large number of Americans in their 20s, those people are now older and at a point where a migration to suburban homeownership was likely to happen anyway. The three largest age-based population buckets in the U.S. today are between 25 and 39, and homeownership rates for those age groups have been recovering from low levels for the past several years. Although the job losses will set back the plans of many, those who still have jobs and were already thinking about buying homes may decide to take the plunge.

And as any homeowner can tell you, buying a home shifts your consumption preferences in ways you didn't appreciate before. Appliances need replacing. Empty rooms won't furnish themselves. Lawns need maintaining. All that spending on a home leaves less money for travel and dining and other experiences.

Let's hope that one day soon there will be a vaccine for Covid-19 and a new crop of young people will enter the workforce, rent apartments and bring about a new golden age for experiential, urban consumption. But for now we may be back to a more staid way of life, with consumption centered around the home.

To contact the author of this story: Conor Sen at [email protected].